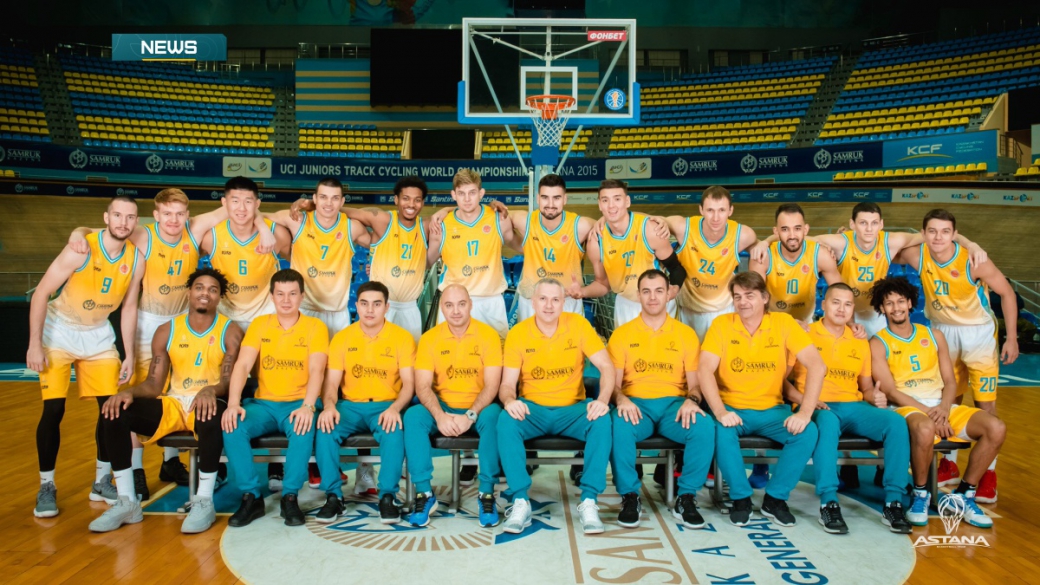 «Astana» Media Day — how it was

In the arena of the Saryarka Republican Cycle Track, a traditional event was held that charged the team and everyone present with positive emotions before the start of the new basketball season. The Presidential Basketball Club «Astana» spent its Media Day.

If you missed the live broadcast of the event, then we present to your attention a selection of the highlights from the preseason photo session in yellow-turquoise. As they say, seeing once is better than hearing twice.

The full video recording of the Media day is published on our YouTube channel. Do not forget to subscribe in order not to miss new videos and live broadcasts.

We kindly remind you that fans will be able to meet their favorite team on October 3 at the club’s preseason presentation. Moreover, seasonal subscription holders will enjoy a pleasant surprise during the presentation.

In the meantime, let's find out what  “Astana” can expect in the 2019/2020 basketball season, as well as the answers of the team’s head coach Emil Rajkovic to the most important questions before the start of the season in an exclusive interview with the club’s press service.

VTB United League Championship started on September 25th. “Astana” will play its first game of the season on October 6 in Kazan with «UNICS», and the first home match will be held in the capital on October 12, with Astana's rival «Lokomotiv-Kuban» from Krasnodar. In the National League, the capital team will hold the first games in Aktau against the “Caspiy” on October 15 and 16.

Detailed information on tournaments, tournament tables, schedule and results of matches are published in the Tournaments section.