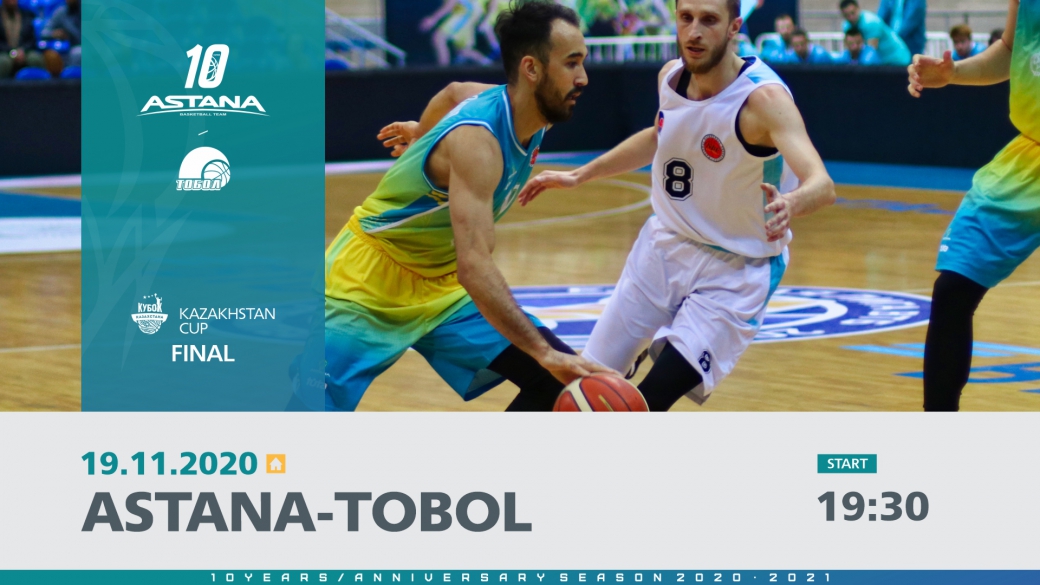 The team of the basketball club «Astana» will defend the title of the Kazakhstan Cup holders in the final match against Kostanay «Tobol», which will be held in the capital on Thursday, November 17, beginning at 19:30 Astana time.

The Kostanay team roster has changed since that time and several key players have left. Nevertheless, “Tobol” proved that in any case, it is one of the favorites of the tournament, beating “Barsy Atyrau” in the semifinals. The capital team in the official season has not yet played with the Kostanay team, but the teams held a friendly game in the preseason. That time, “Astana” won a major victory, leaving no chance for the rivals. Imports had took part in that game for our team, and in the upcoming Cup final only the Kazakhstani squad will play. Preferences before the game are on the side of our squad, but “Tobol” will definitely try to get a surprise and will definitely do their best to win. In the game between “Astana” and “Tobol” in the 2018/2019 season, our team snatched a victory with a difference of only one point. So, despite the fact that the preferences are on the side of “Astana”, it is preliminary to talk about an easy win, and our team will have to make a lot of efforts to defend the status of the current holder of the Kazakhstan Cup.

Before the main match of the tournament between “Astana” and “Tobol” in the Cup of Kazakhstan, which will be held on November 17 at 19:30 Astana time, on the same day, at the Saryarka cycle track in Nur-Sultan at 17:00, a match for the third place between “Barsy Atyrau” and “Caspiy” will take place. Online broadcasts of matches will be available on the home page of our website.

ATTENTION! Due to the restrictive measures introduced due to the coronavirus pandemic, matches will be played without spectators.