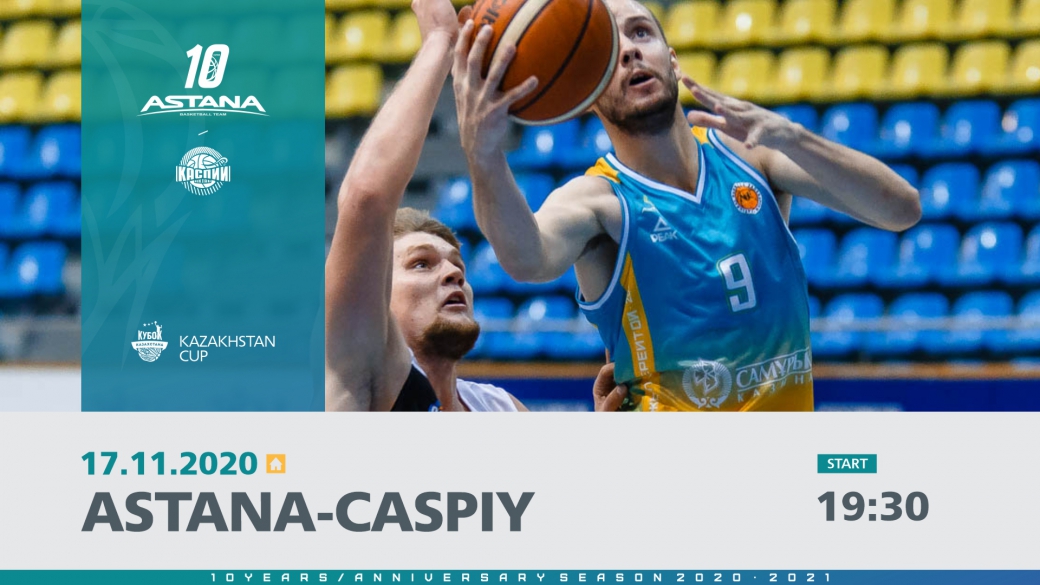 Basketball club «Astana» starts their performance in the Kazakhstan Cup 2020 with a semifinal match against Aktau «Caspiy», which will be held in the capital on Tuesday, November 17, beginning at 19:30 Astana time.

Aktau “Caspiy” was the first rival of the capital team this season in the National League, and we have already reviewed this team and their roster in our previous articles. In the past two matches, “Astana” confidently outplayed rivals from Aktau — 87:66 and 99:44. After those games, “Caspiy” had held six more games in the National League and was able to achieve success only once, beating the “Almaty Legion”. At the same time, the Aktau team lost three times to the same “Legion” and two times lost to “Barsy Atyrau”.

It is important to note that according to the terms of the regulations for the Cup of Kazakhstan, players who cannot apply into the National Team of Kazakhstan then do not have a right to participate in the tournament, that is, in fact, only Kazakhstani players will participate. Thus, the leaders of the Aktau team the Americans Colin Doherty and Eugene Artison, as well as the Russian Denis Orlenko — will not be able to help their team in this game. Of course, we shouldn't forget that our foreign players will not compete for the Cup either. But in any case, our team is the favorite in this confrontation.

In addition to the game of “Astana” against “Caspiy”, which will be held on Tuesday, November 17 at 19:30 Astana time, on the same day, the second semifinal game will take place at 17:00 on the arena of the Saryarka cycle track in Nur-Sultan at 17:00 between “Barsy Atyrau” and Kostanay “Tobol”, which will determine the rival of our team in the final. Online broadcasts of matches will be available on the home page of our website.

ATTENTION! Due to the restrictive measures introduced due to the coronavirus pandemic, matches will be played without spectators.