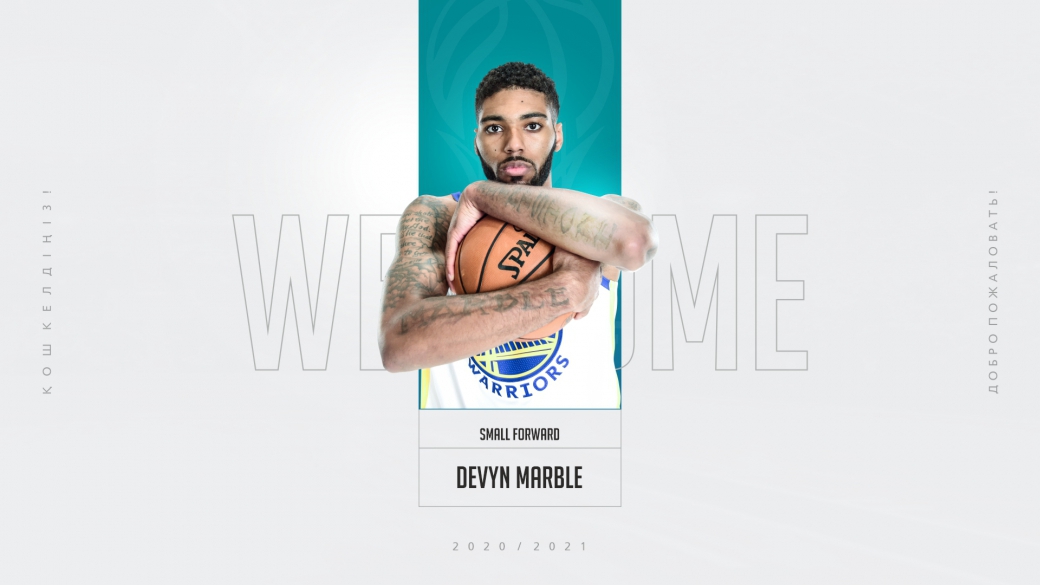 «Astana» roster is complete after arrival of Devin Marble

Basketball club Astana announces the completion of the team lineup after arrival in the capital of Devin Marble.

Like another newcomer of Astana, the Latvian striker Ojars Silins, who also flew to the capital today, Devin signed a contract with the club in the summer, but was able to join the team only today.

Devin Marble was born on September 21, 1992, in Flint, Michigan, USA. He is an American professional basketball player, occupying the positions of a shooting guard and small forward.

Devin began his basketball career in 2008 at Southfield-Lathrup High School. After graduating from high school in 2010 and enrolling at the University of Iowa in Iowa City, Iowa, Devin began playing for the university team in the NCAA. As captain of the Iowa Hawkeyes varsity team, Marble ended his college career as one of Big Ten players.

After two seasons in the USA, in August 2016, Devin moved to Europe and signed a contract with the Greek club Aris for which he played only until December, and on January 17 he ended up in the Italian Aquila Basket Trento and reached play-off final.

Devin spent the first half of the 2019/2020 season with  Golden State Warriors farm club in League D of Santa Cruz Warriors, after that he returned to Italy to Virtus Pallacanestro Bologna in Bologna.

Detailed statistics and achievements of Devin are published in the player's profile, we also suggest subscribing to his Instagram account.

We wish Devin to get settled down in the capital soon, to make friends with our guys and the coaching staff, and of course, we look forward to seeing him in the yellow-turquoise Astana uniform on the court.