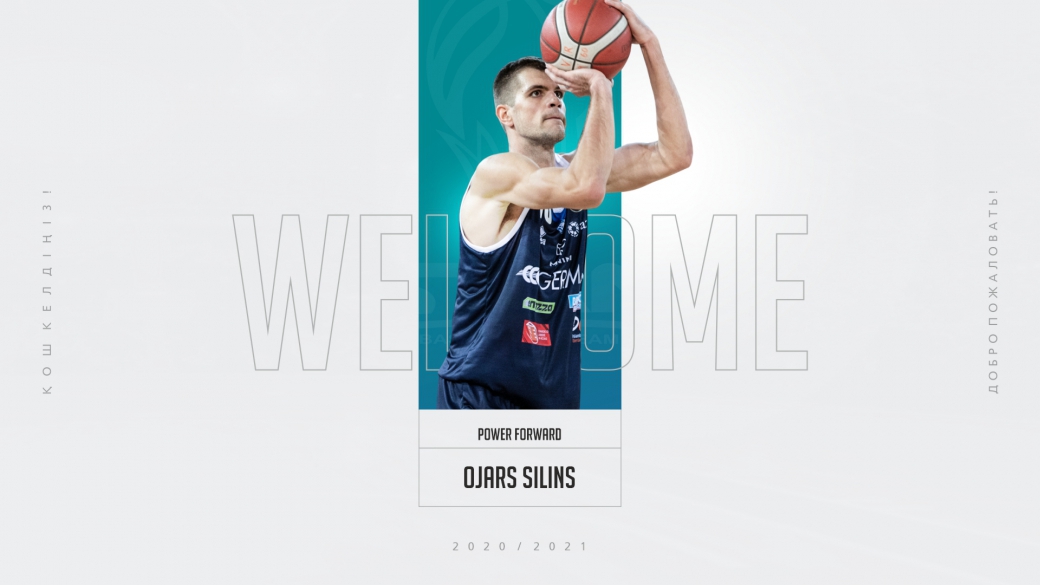 Together with him, another newcomer of Astana American forward Devin Marble flew to the capital today. The contracts with both players were signed in the summer, but they were able to join the team only a month after the start of the season.

Ojars Silins was born on July 20, 1993, in Riga, Latvia, he is a Latvian professional basketball player, playing in the position of a small and power forward. Ojars made his professional basketball debut at the age of 16 when he started playing for the Riga team BK Keizarmezs in the 2009/2010 season, playing in both the Latvian Basketball League and the Baltic Basketball League. In the midst of the season, he moved to the Italian youth team from Rome — A.S. Stella Azzurra, in which he became the top scorer of the new generation of the Roman stage of the Euroleague.

In December 2011, Oyars signed a long-term contract with the Italian team from Reggio Emilia Pallacanestro Reggiana and made his debut in the cup tournaments. In the 2013/2014 season, he became the winner of the FIBA Challenge Cup (Eurochallenge) with Pallacanestro Reggiana, and in September 2015 Silins won the Italian Supercoppa for the first time in the club's history.

After spending 6 seasons with the Italian team, in early October 2016, Ojars signed a month-long contract with the German Bundesliga team Telekom Baskets Bonn and after his excellent performance, extended the contract with the club until the end of the season.

In July 2017, Silins moved back to Italy, becoming the first summer acquisition of Aquila Basket Trento, signing a one-year contract with the team and returning to ULEB Eurocup. As part of the team from Trento, Silins has spent his best season (2017/18) of his career, showing himself as an elite striker and helping the team reach the final of the Italian Serie A.

In October 2018, Ojars signed an agreement with the Italian basketball club Pallacanestro Trieste. Despite his good performance, two months later, Ojars Silins signed a contract with Sidigas Avellino from the city of the same name Avellino.

A year later, in December 2019, Silins moved to Brescia, where he signed a two-month contract with the Brescia Leonessa team with the opening for an extension until the end of the season. At the end of January 2020, the player ended up in the French LNB Pro A, where he was signed by the Gravelines-Dunkerque team.

In addition to his club career, Silins played for the youth teams of Latvia in the European U16, 18, 20 and FIBA World U19 Championships. As part of the national team, he won a silver medal at the 2013 European Under-20 Championship in Tallinn. Subsequently, he was invited to the main national team for EuroBasket 2013, but could not take the challenge due to injury, and again due to injury, he was forced to miss EuroBasket 2015. In 2016, Silins finally made his debut in the National team and accepted participation in the 2016 FIBA World Olympic Qualification Tournaments among men. In 2017, Silins was once again forced to miss EuroBasket 2017 due to an injury sustained during preparation. Since 2017, he regularly plays for the Latvian National team in the World Cup qualifiers.

Detailed statistics and achievements of Ojars are published in the player's profile, we also suggest subscribing to his Instagram account.

We wish Ojars to quickly settle down in the capital, to make friends with our guys and the coaching staff, and of course, we look forward to seeing him in Astana's yellow-turquoise uniform on the court.