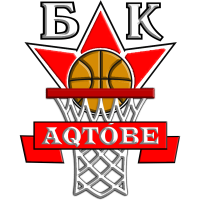 «Astana» ends the calendar year with a fourth victory over «Aktobe»

Basketball club «Astana» puts its fourth home victory over «Aktobe» in a row under the New Year tree and starts preparing for the upcoming holidays.

The fourth game with «Aktobe» was the last match of the capital team before the New Year. In today's game, the coaching staff, led by Darko Russo announced Jaylen Barford and Skylar Spencer from the American players. In this match, our head coach made an interesting choice in the starting five, which today included only Kazakhstani players — Nikolay Bazhin, Vadim Shcherbak, Dmitry Gavrilov, Maxim Marchuk, and Andrey Litvinenko. The start of the game showed that Darko Russo knowingly entrusted these players to start the game. By the way, it is worth running a little ahead and saying that today not a single foreign player announced for the match — Jaylen Burford, Skylar Spencer, and Mark Tikhonenko — had entered the court.

The author of the first successful attack was Andrey Litvinenko. Then Vadim Shcherbak scored points, and Dmitry Gavrilov also made effective forays under the rivals' basket, after which the capital's advantage quickly became double-digit. Aktobe players frankly could not cope with our players at the beginning of the match and could only open their score closer to the middle of the quarter. «Astana» confidently went ahead — Rustam Murzagaliev scored layup twice, and Andrey Litvinenko scored the first three-pointer in the match. As a result, the teams were already divided by sixteen points. This situation waked up «Aktobe» a little, and they spent the rest of the starting quarter more actively. From our side, only Ruslan Aitkali scored more points — a three-pointer and three free throws, and the opponents managed to reduce the gap by five points before the end of the period - 13:24. The start of the second quarter remained with our rivals. «And-one» from Maxim Marchuk is the only thing that our team could boast of in the first minutes of the game, during which time the guests have noticeably reduced their lag. Before the equator of the quarter in our squad, only Maxim Marchuk scored three more points, and after five minutes of the period, «Aktobe» was only three points behind. In the last minutes before the big break, Ruslan Aitkali scored seven points, Robert Pan opened his score in the match, and Rustam Murzagaliev earned three points in the end. The capital's advantage increased, but after twenty minutes of the game, our players won only nine points — 33:42. 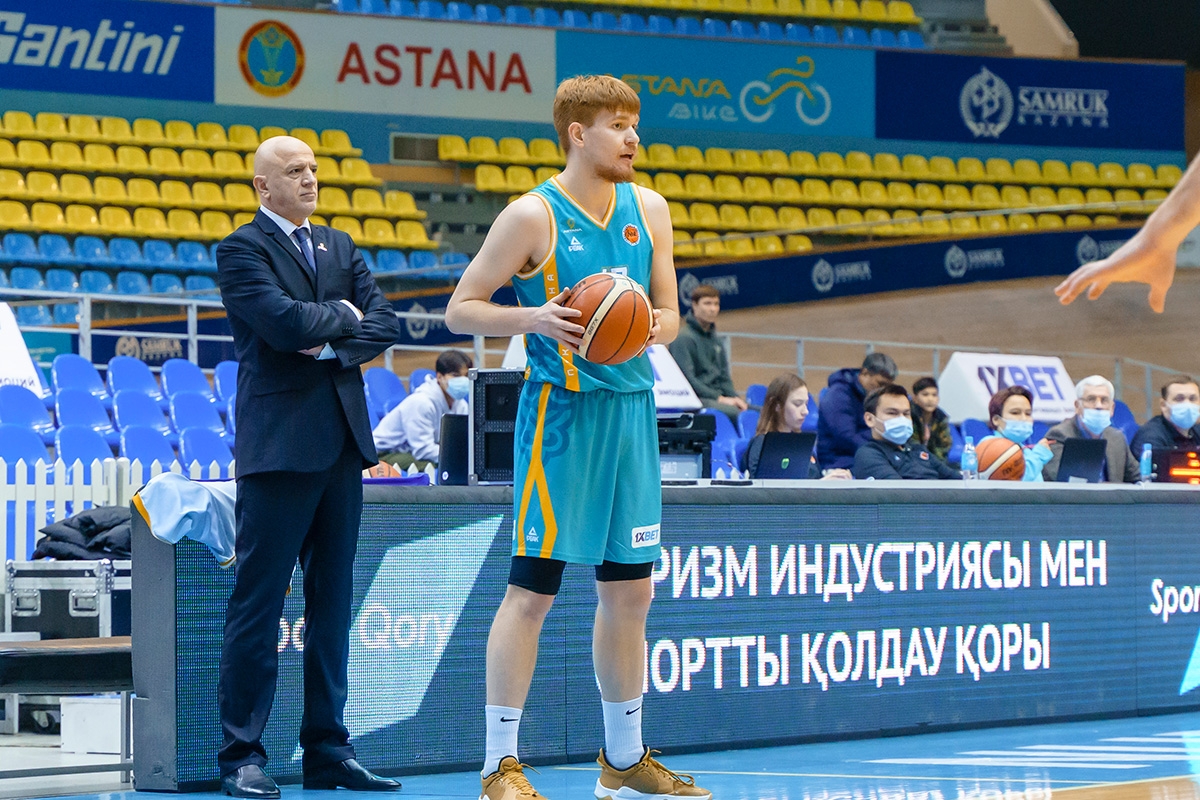 Our team started the third game segment with a powerful spurt — 0: 9, in which Dmitry Gavrilov, Maxim Marchuk, and Nikolay Bazhin took part. As a result, the distance between the teams approached twenty points. Aktobe players opened their scoring in the second half of the game only closer to the middle of the third period. The entire third ten-minute period turned out to be highly ineffective to our rivals — only six points in ten minutes. The second half of the third quarter was not the most successful for our team either, Vadim Shcherbak scored one point, and Dmitry Gavrilov earned four more. «Astana» never got to twenty points of advantage in the third period but well outstripped the rivals before the final game segment — 39:56. The advantage was comfortable, but our team had to protect themselves from a nervous ending. Nikolay Bazhin and Rustam Murzagaliev brought our team's lead to twenty points, followed by Robert Pan and Ruslan Aitkali, after which «Astana» won twenty-five points. «Astana» more than confidently finished this game. Robert Pan and Andrey Litvinenko scored one point each. And Ruslan Aitkali scored seven points himself in the last minutes and gave a star moment at the end of the match to Alizhan Ydyryszhan. Ruslan intercepted the ball at the end of the game and ran into a quick break, but did not attack himself, but waited for the young player and left him face to face with the basket. Alizhan closed this match with a spectacular dunk. 54:79 — a confident victory of our team.

Most productive:
Consequences: «Astana» finished the calendar year unbeaten, winning all 12 matches in the National League and confidently holding the first position.

The next VTB League match «Astana» will play on January 8 in Krasnodar against «Lokomotiv-Kuban.» The following games are scheduled for January 18  and 19 in the National League in Kostanay against Tobol. 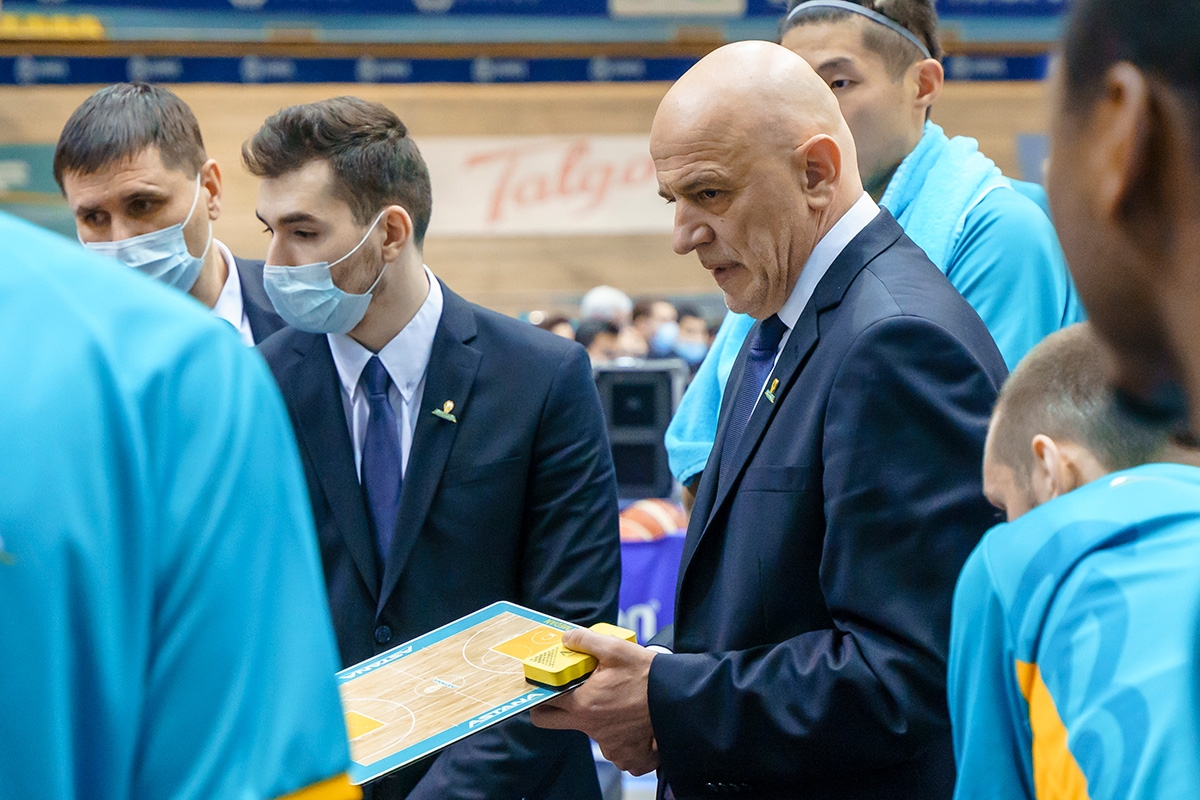 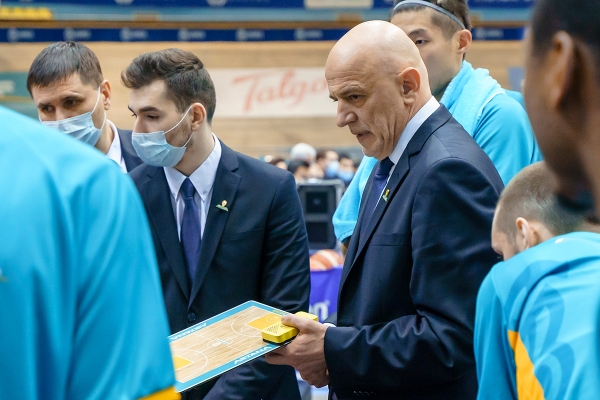 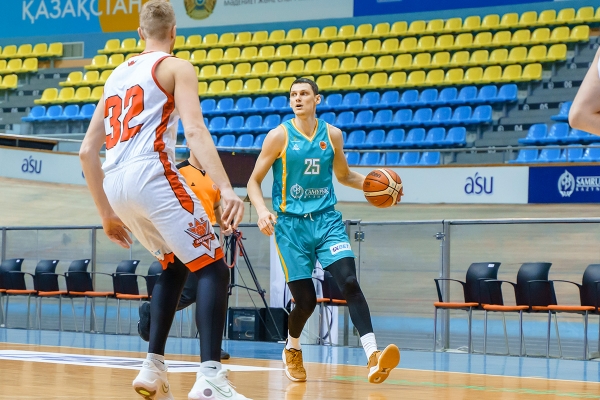 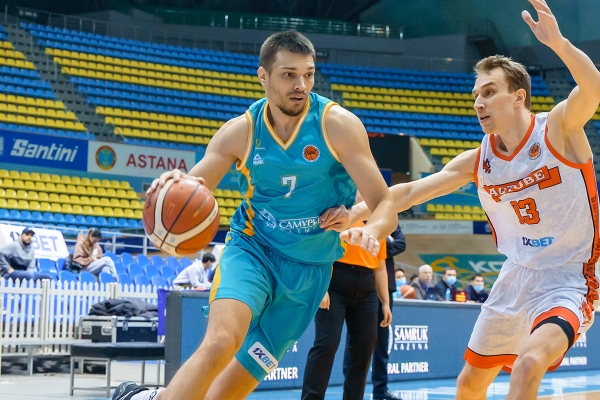 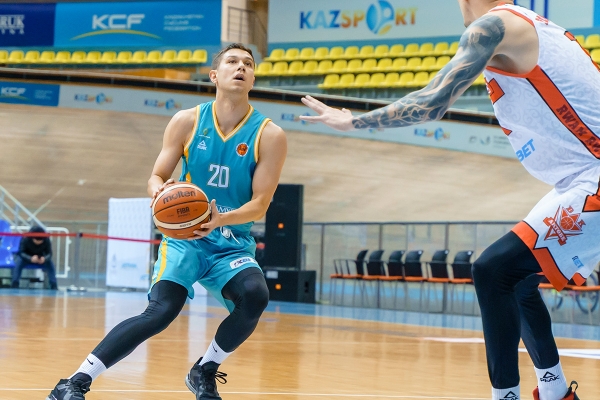 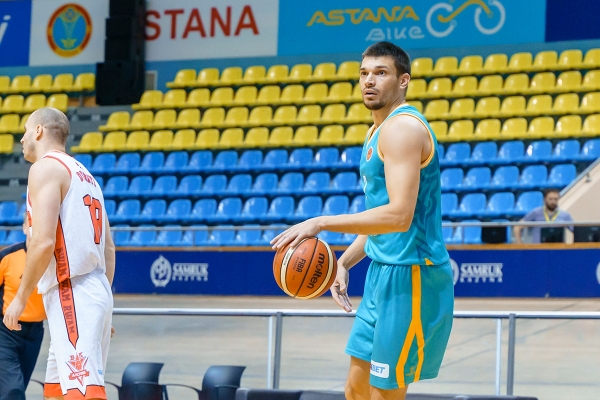 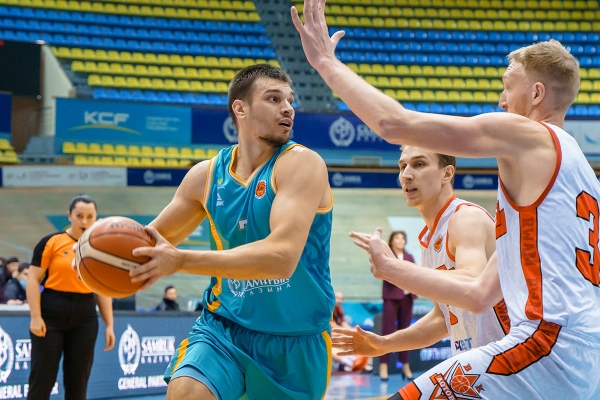 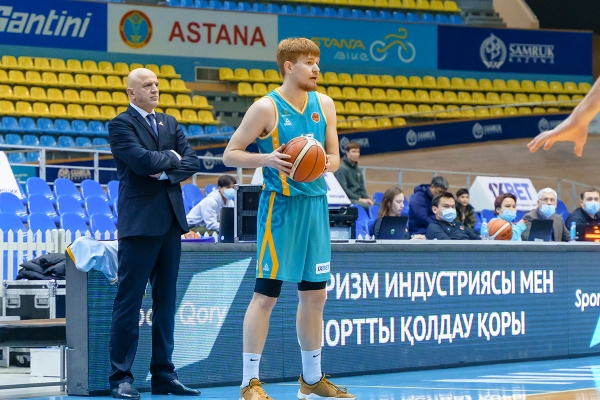 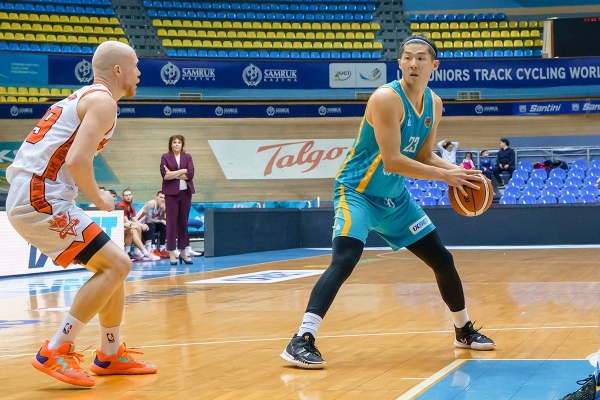 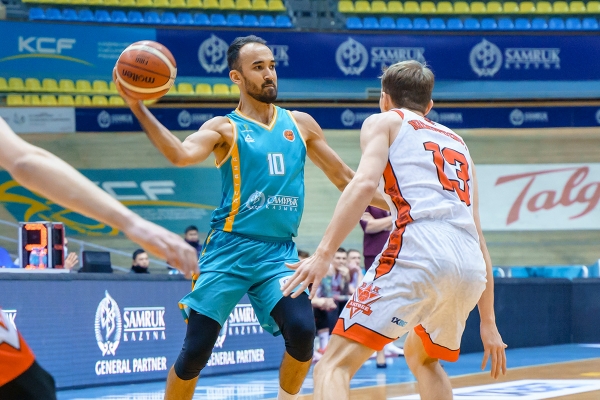 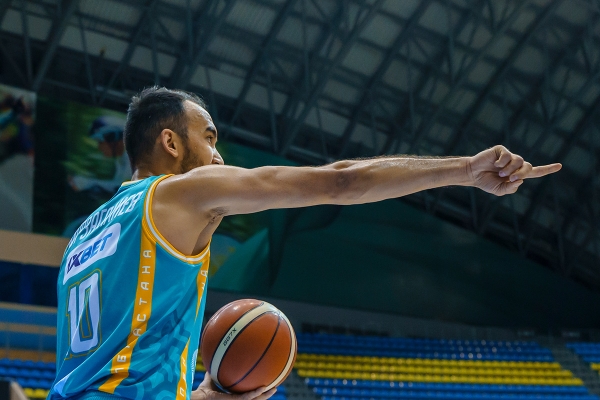 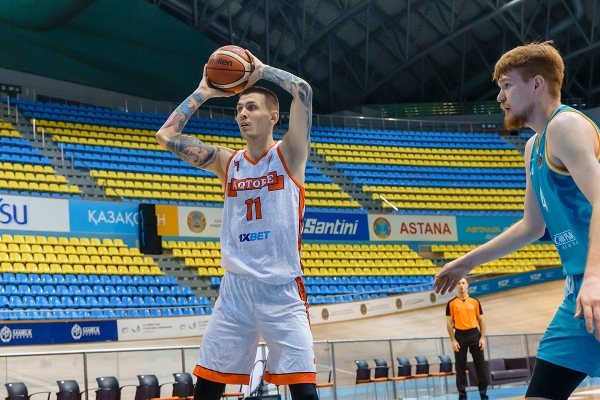 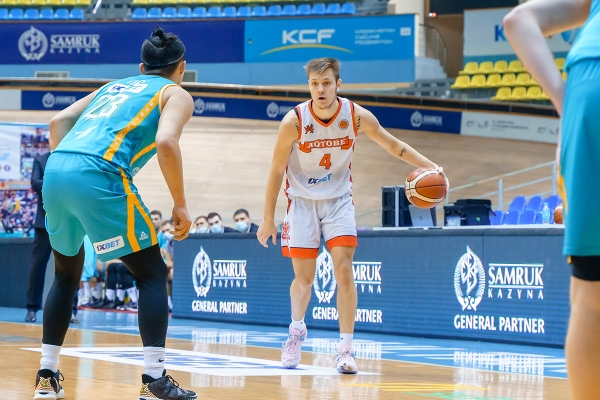 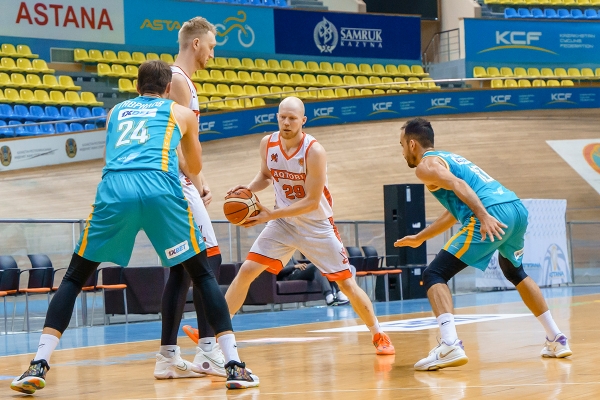 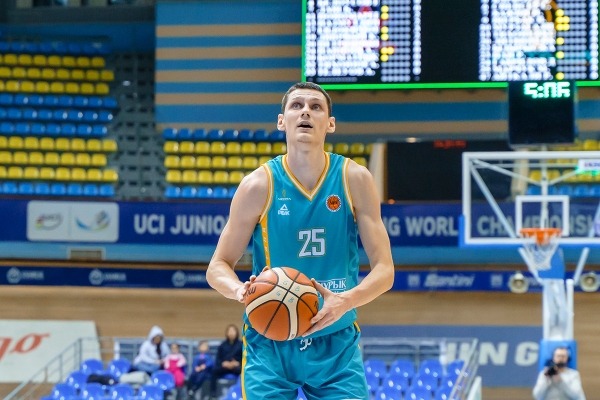 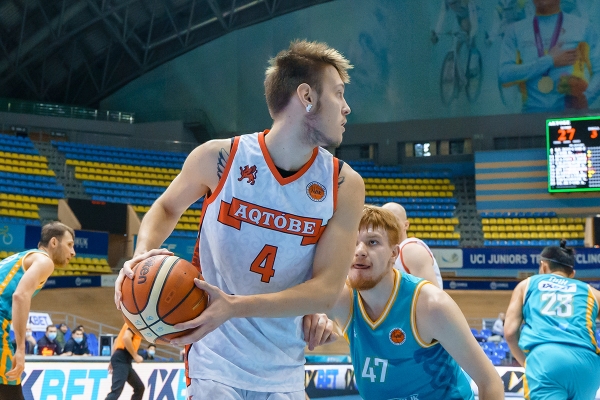 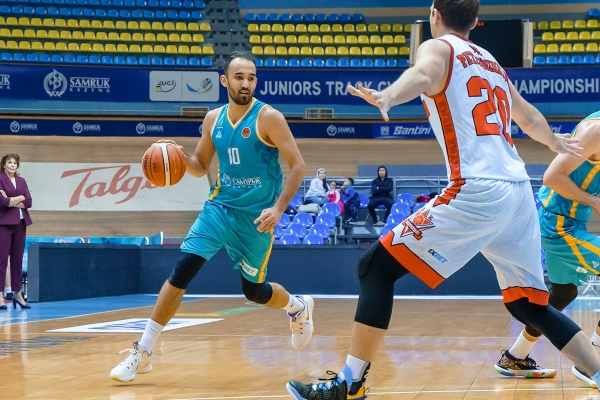 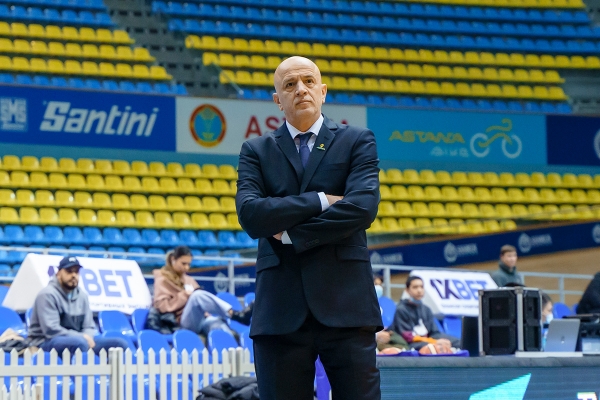 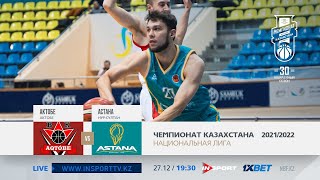 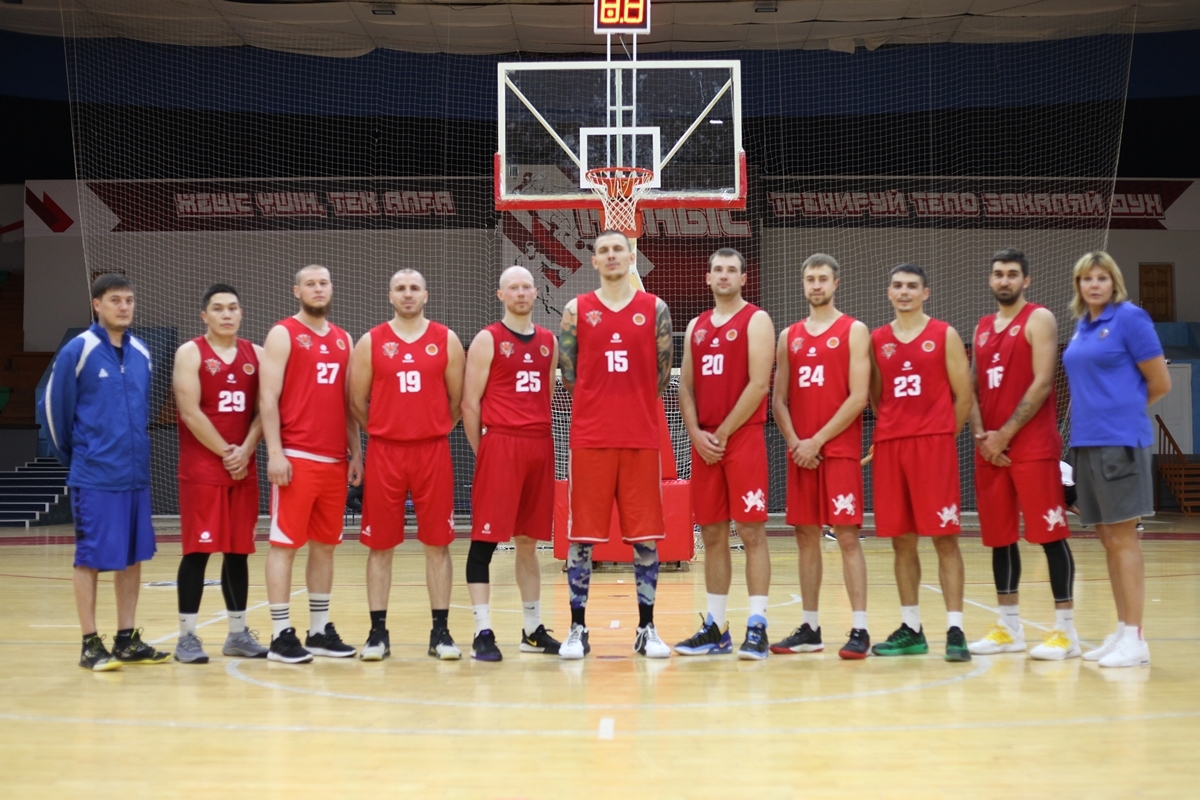