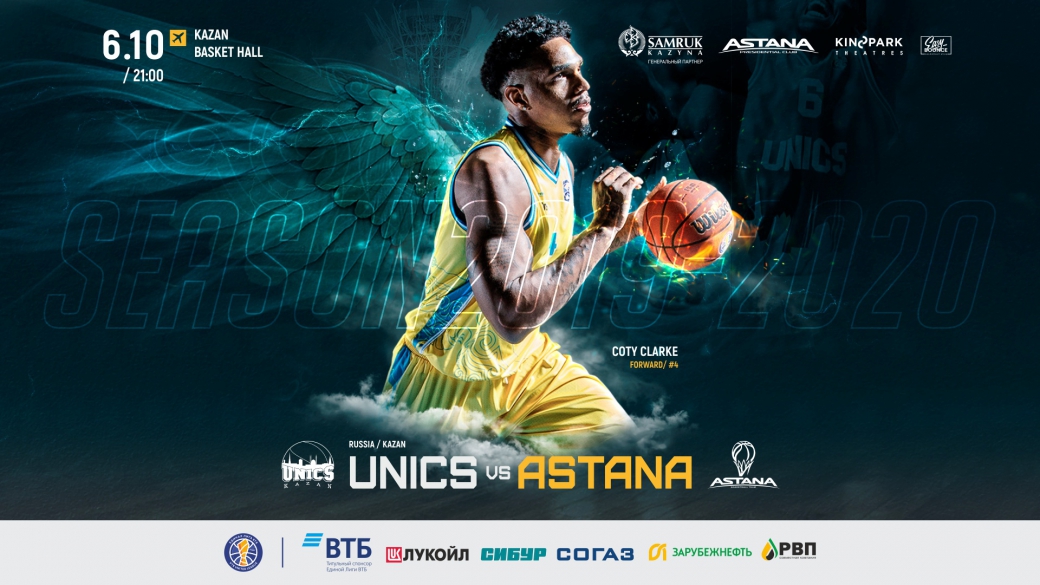 In the season opener, the Presidential Basketball Club «Astana» will play in Kazan with the local team “UNICS”.

“UNICS” is a Russian professional men's basketball club from the city of Kazan, founded in 1991. In addition to the VTB United League, this season is participating in the Eurocup.


For the third consecutive season, a Greek specialist Dimitris Priftis will lead “UNICS” into the battles. “UNICS” was able to keep several key players: Jamar Smith, Raymar Morgan, and Eric McCollum, with the addition of the powerful American Alex Tews (twice Euroleague Champion), Greek guard Vangelis Mantzaris, as well as Haukur Pallson and Valery Likhodey, who had previously played for “UNICS”. In the off-season, Anton Ponkrashov, Pierria Henry, Melvin Edgim, Trenton Lockett and Maxim Sheleketo left the team, and the main loss of Kazan was the departure of Maurice Ndur, who was one of the main driving forces in the Dimitris Priftis system.

The history of the games:  For their entire time  VTB United League, “Astana” and “UNICS” met on the court 14 times, while the capital team managed to defeat rivals from Kazan only twice. One of Astana's two victories happened last season, which ended with a score of 95:98.

Tournament position: For both teams this is the first game of the season and the first victory points are at stake.

The season is only gaining momentum, and the progress of the team in the pre-season preparation can be judged by the results of the first matches. But it is worth noting that “UNICS” has always been a powerful rival and is rightfully one of the best clubs in Russia, so the players of Emil Rajkovic will have the opportunity to fully demonstrate their fighting spirit, not only for the upcoming game but for the entire season.

The match will take place on Sunday, October 6 in Kazan at the «Basket Hall» arena, beginning at 21:00 Moscow time. The live broadcast of the match will be available on our website in the Match Center section. Detailed information about the tournament, standings, the schedule and match results are published in the Tournaments section.

On October 12th, the capital team will hold its first home game as part of the VTB United League regular season, in which Astana will meet “Lokomotiv Kuban” from Krasnodar. Tickets for the match are already on sale at Ticketon.kz.