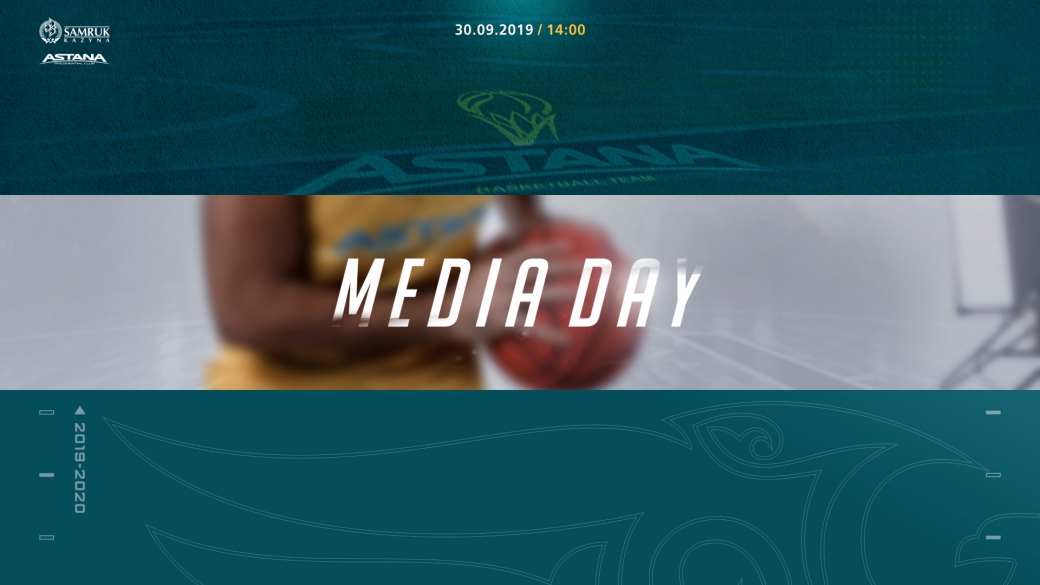 On Monday, September 30, in Nur-Sultan, at the arena of the Saryarka Republican Cycle Track, the pre-season Media Day of the Presidential Basketball Club «Astana» will be held. The event will start at 14:00 Nur-Sultan time.

Media day is not only the official event of the VTB United League, during which players and the coaching staff of the team are photographed for a club profile and League website, but also a space for creativity, as well as an occasion to have fun and compete with other clubs in a creative approach at the traditional photo session. The most daring ideas are being used, starting from the unconventional use of basketball equipment and ending with the holding Media Day in the format of a thematic party.

The last season «Astana» held its Media Day with national colors; players took pictures in chapans, played dombra, and some even armed with a bow and a mace. What f2019/2020 season Media Day is going to be like will revealed on September 30th.

Fans of the capital’s team will be able to watch Media Day live on the club’s Instagram page. Also the fans will have a chance to meet their favorite team at the club’s pre-season presentation. Moreover, seasonal subscription holders will enjoy a pleasant surprise during the presentation. Details will be published shortly.