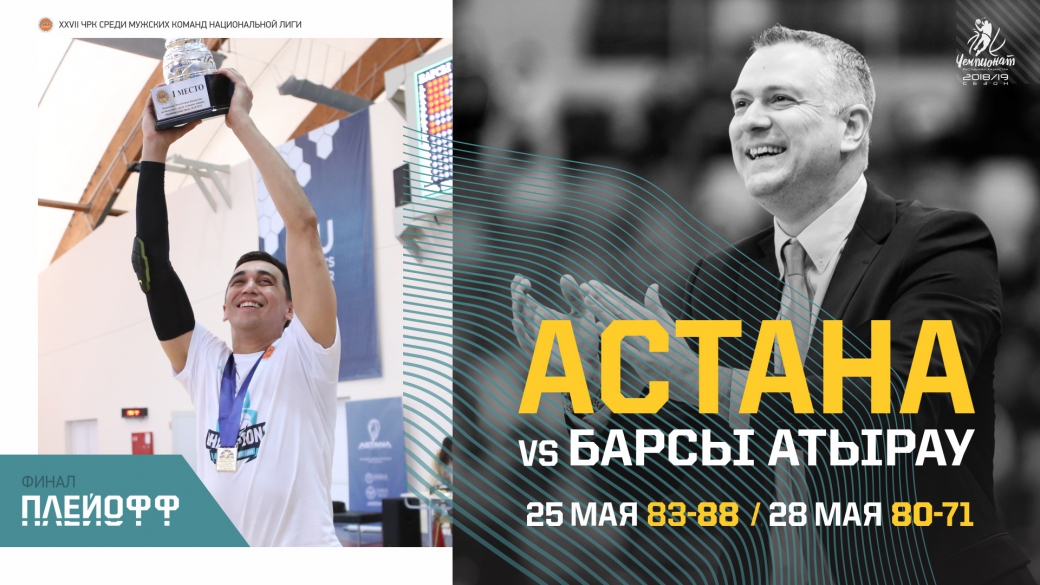 In Nur-Sultan, the National Leagues’ finals ended between the Presidential Basketball Club Astana and BC “Barsy” Atyrau, which resulted in the capital team defending the title, thus becoming the most decorated team of the country.

The first match of the final meeting was held in Atyrau. Despite the fact that our opponents had the advantage of the home ground, but looking back at the history of the games between PBC “Astana” and BC “Barsy” this season, our team is a favorite, having won all 6 regular season games. Nevertheless, our opponent approached this match with full responsibility and was well prepared. BC “Barsy” not immediately, but were able to come forward and were in the lead almost the entire first half of the games, but our team was able to record the first half of itself as an asset, albeit with a minimal advantage — 44:45. The greens and whites tried to impose a fight in the third quarter and coped well with this, but in the final quarter, they missed a scoring run from our players, which brought a victory to the visitors — 83:88. Before the decisive home match, PBC “Astana” had a slight advantage — only 5 points and the final game promised to be very difficult, “Barsy” arrived in the capital clearly determined to fight. And the unprecedented fight began from the very beginning of the match. After five minutes of the game, “Astana” seized the initiative and had a lead by 10 points in the second quarter, but “Barsy” managed to win the first half — 45:46. The equal fight continued in the third quarter, but already in the final segment of the game, PBC “Astana” began to retake the initiative. The game speed increased in the last 5 minutes, and our team brought home the title, once again — 80:71.

Immediately after the match, a solemn team award ceremony took place. According to the Regulations on the tournament, the team PBC «Astana» was awarded the title «Winner of the Kazakhstan Championship among men's teams of the National League season 2018/2019.» The team captain Rustam Yergali raised the main trophy of the tournament over his head, and all the capital basketball players and the team’s coaching staff were awarded diplomas and gold medals. PBC «Astana» this season has not suffered a single defeat in the Championship of Kazakhstan and won the 7th title in history, becoming the most decorated men's basketball team of the country. 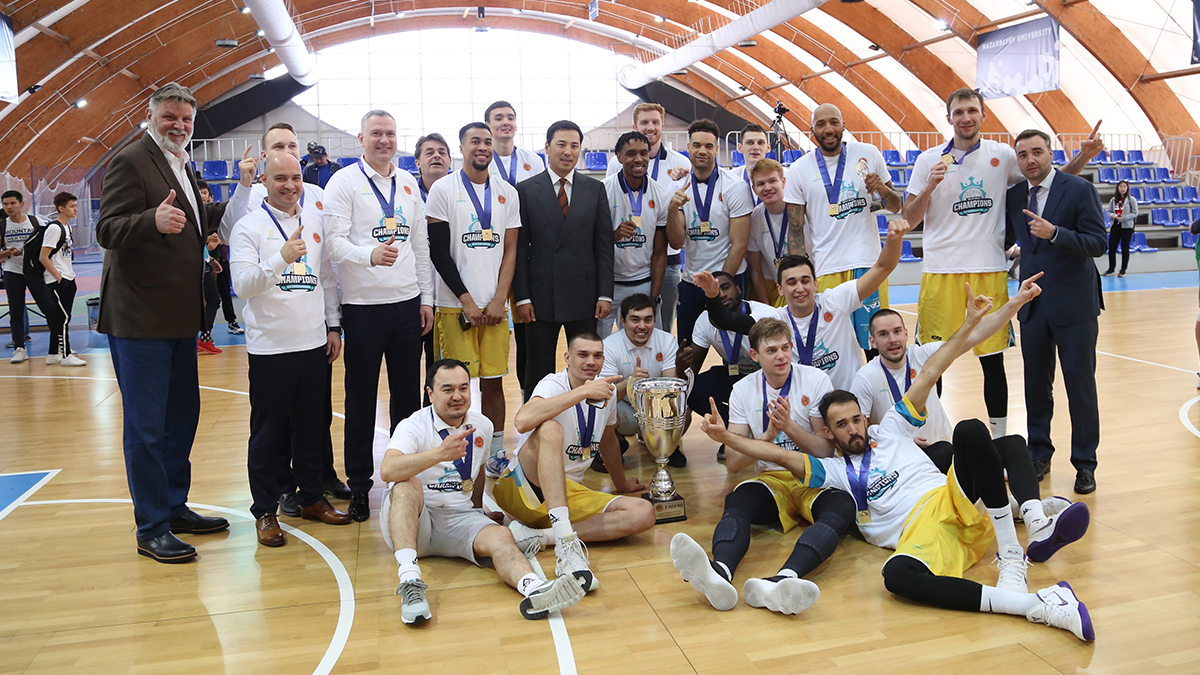 BC “Barsy” took the respectful second place and were awarded a silver medal set, and the fate of the third place pedestal and bronze medals will be decided in Almaty, where the local Almaty “Legion” will try to take revenge on Kostanay “Tobol” for defeat in the first match of the series.

In addition to the main awarding of the teams that won the prizes, the best players of the season were identified, including Astana players — Kenneth Horton and Stephen Holt.