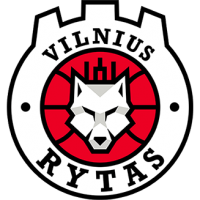 Friendly match against “Rytas” ended in defeat for “Astana”

The Presidential Basketball Club “Astana” visited Lithuania capital,Vilnius, where they held a friendly match with the local basketball team “Rytas”.

The Lithuanian team was founded  back in 1963 and until 1997 was called “Statiba”, after that the team was called “Lietuvos Rytas” for 20 years, and since 2017 simply “Rytas”. In its history as “Statiba” the team became the champion of the Lithuanian SSR 6 times and took silver 12 times. In 1979, the team became the bronze medalist of the USSR Championship.
In modern history, as “Lietuvos Rytas” and “Rytas”, the team became 5-times domestic Champions,  became the runner-up for 13 times, and had four bronzes medal; the team also had 5 ttitles in the Lithuanian Cup and King Mindaugas Cup. In regional competitions, “Lietuvos Rytas” became the winner of the “North European Basketball League” and three times champions of the “Baltic Basketball League”. The team also spent 4 seasons as part of the VTB United League, once having won bronze medals, and is constantly participating in major European Leagues and Cups. Last season, “Rytas” became the vice-champion of Lithuania and the winner of the King Mindaugas Cup.

At the international stage, the Lithuanians reached Eurocup quarterfinal. Despite the fact that Lietuvos Rytas spent 4 seasons in the VTB United League, they have played with BC “Astana” only twice in the 2012/2013 season, when “Astana” defeated the Lithuanian squad at home, but lost the away game. After that, the teams met twice more: at the Garastas Cup in 2015, “Lietuvos Rytas” beat “Astana” and was stronger in a friendly match in 2017.

Our opponents played on their home court and after a bit of struggle in the first quarter they were 5 points ahead. In the second quarter, the hosts continued to build up their advantage and, by halftime, the difference in the score was just over 10 points. The start of the third quarter was successful for our opponents, who added another 10 points to their lead over 5 minutes period, and in the end, after three quarters, “Rytas” secured a solid advantage of more than 20 points. The final quarter looked more of an equal fight, “Rytas” won in this game — 100: 76 (23:18, 30:23, 25:16, 22:19). 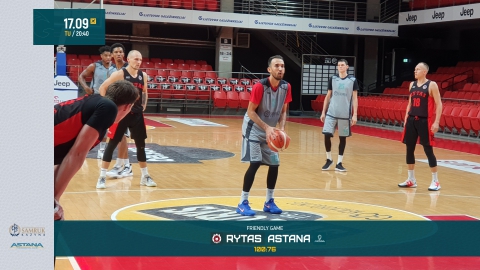