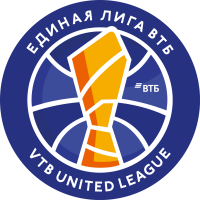 VTB United League is an international  professional men's basketball league  and  an official FIBA competition. The tournament was founded in 2008 by joined efforts of VTB and Russian Basketball Federation with the mission to unite the leading basketball clubs of Eastern Europe and Northern Europe together into one league.

The first step in the creation of the league was a competition named the VTB United League Promo-Cup held in Moscow in December, 2008.. The new club competition united eight clubs from five Eastern European countries: Russia, Lithuania, Ukraine, Latvia and Poland.

From 2009/2010 till 2013/2014 the regular championship was held in a form of a regular season, whereas the final stage was played according the Final Four model of Euroleague. Starting from the season 2014/2015 the form of the tournament underwent some changes. The regular championship was held without group division, where the teams play two rounds with one game at home and one game on a road. The best eight teams following the results of the regular championship enter play-off. The play-off classification is distributed according to a rating position as 1 place/8 place, 2 place/7 place, 3 place/6 place,4 place/5 place. At all stages of the playoffs, teams play a series of matches up to 3 wins.