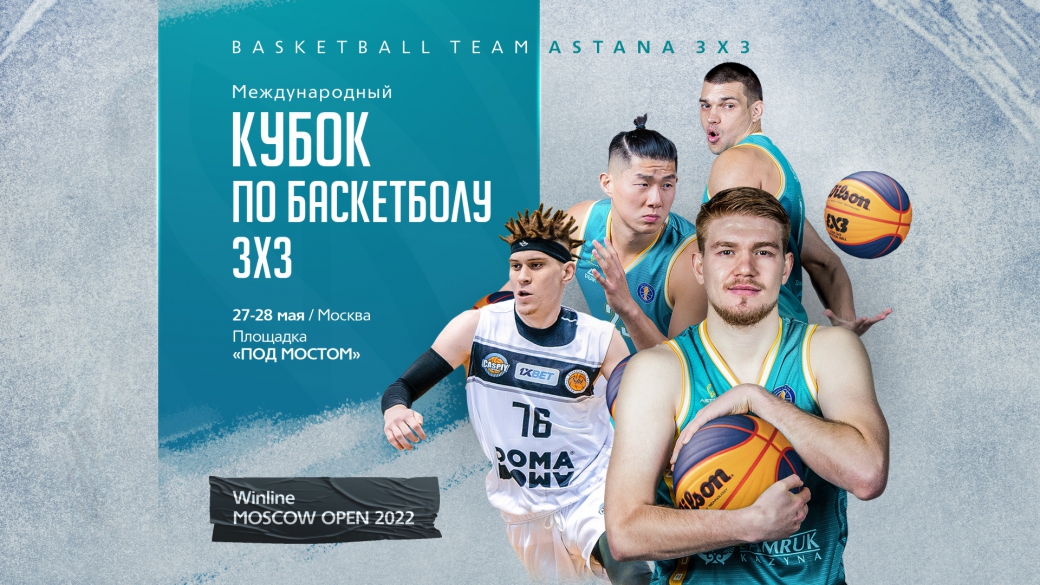 From May 27 to 28, Street Basket Russia Association will hold the international 3x3 cup “Moscow Open” 2022 in Moscow for the fifteen's time, in which the team of the basketball club “Astana” will make its debut.

The Cup draw will take place at the Moscow site «Under the bridge,» where the capital's team «Astana» will compete against teams from Russia, Serbia, and Belarus.

The roster of the «Astana» team:
Teams participating in Moscow Open 2022:
Before the Moscow Open Cup 2022 begins, the «Astana» team will play a series of games in a tournament on May 24 in Almaty at the Forum Hoops 3x3 outdoor area. Information about the tournament, standings, schedule and match results are available at the link.

The Street Basketball Association was founded in 2006. During this time, they organized more than 1.5 thousand tournaments, in which more than 5 million boys and girls have played, and more than fifty street basketball centers have been created. In 2014, the Association acted as the organizer of the 3x3 Basketball World Championship in Moscow.