Basketball club «Astana» continues to welcome guests from Aktobe. Today, our guys presented another New Year's gift to their fans, again inflicting another defeat on the red and white.

After two games against Aktobe, Jaylen Barford was resting today and was not on the roster for the match. Of the imports, Darko Russo announced Antonio Campbell and Skylar Spencer. Also, after two games in the application today, Alizhan Ydyryszhan made his debut on the court in the National League. In addition, it should be noted that in this and tomorrow's game,  »Aktobe» team are nominal hosts, although the games are held on our court. Spencer, Campbell, Tikhonenko, Aitkali and Balashov took the start today.

Our rivals were the first to attack, but it took quite a long time to achieve the points they had scored. «Astana» was also highly ineffective at the beginning of the game. Skylar Spencer hit the basket twice in the first three minutes. After that, the guests finally opened their scoring, but two three-pointers from Antonio Campbell and three points from the penalty line from Oleg Balashov until the middle of the first quarter retained the lead in the hands of «Astana.» Skylar and Antonio scored more points after the equator of the period, and after another pass from Campbell, the difference became double-digit. Dmitry Gavrilov made a layup until the end of this ten-minute, Rustam Murzagaliev gained points from the free-throw line, and Nikolay Bazhin — from deep. The capital team was in the lead more than twice after ten minutes of the game - 11:24. In the second period, the rivals were able to impose an equal fight on our team, and the game on the court went on an equal footing. «Aktobe» from the start made two long-distance attempts in a row, reducing the gap to only seven points. «Astana» couldn't move their score forward for almost two and a half minutes, but then they spent a couple of excellent minutes. Ruslan Aitkali opened the score this quarter, Dmitry Gavrilov implemented an «and one,» and Skylar Spencer again brought the yellow-turquoise advantage closer to fifteen points. Aitkali gained a couple more points in the middle of the second quarter, after which there was a lull for a couple of minutes. Opponents once again reduced the gap, but at the end of the first half, «Astana» regained its original advantage — Balashov, Tikhonenko, and Campbell distinguished themselves with more points. The teams left for a long break when the score was 26:39 in favor of the capital team. 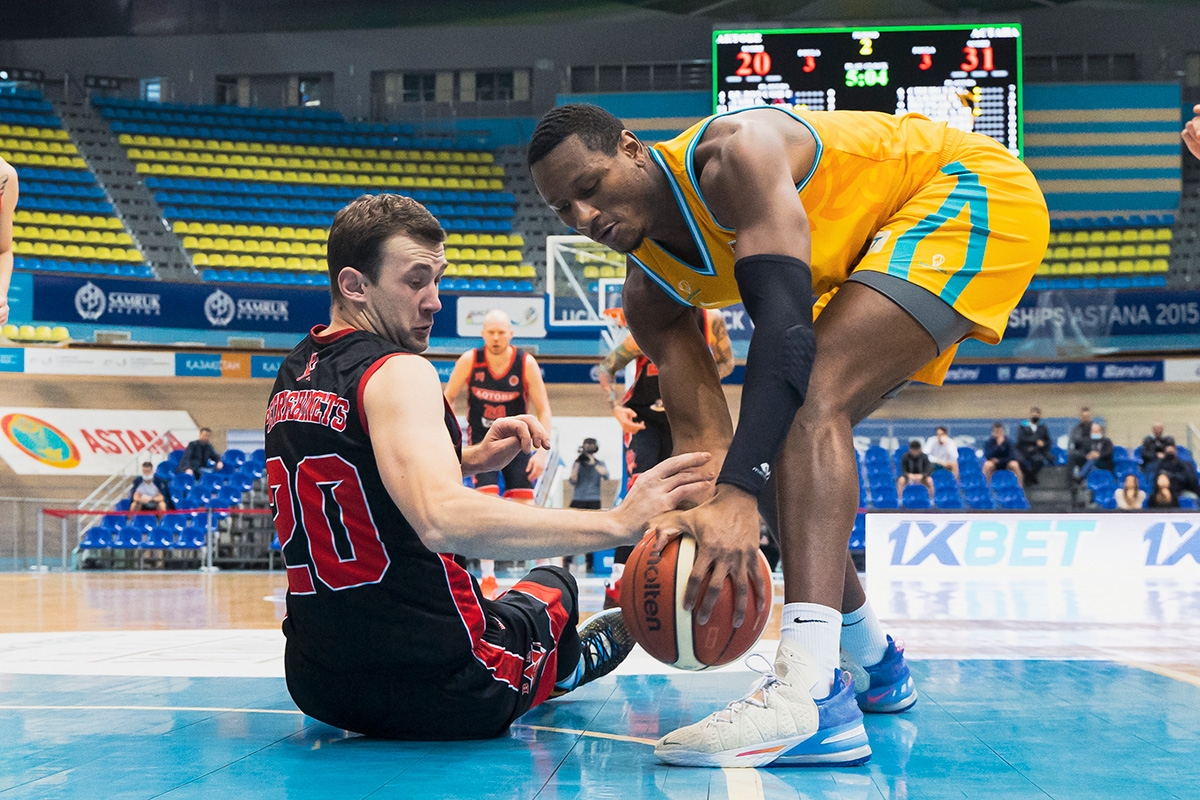 The third game segment started with an accurate three-pointer goal by the guests, to which they received a hefty response from our guys — Vadim Shcherbak got the first points in the period with a dunk in a fast break. After that, Antonio Campbell hit a perfect three-pointer, and a little later, Mark Tikhonenko brought the gap closer with his three-pointer hit «Astana» to twenty points. The opponents played well, but Darko Russo's players always dodged their attacks. Nikolay Bazhin hit two three-pointers, Dmitry Gavrilov scored points from the middle distance, and Rustam Murzagaliev gained one point from the penalty line. By the end of the third quarter, Gavrilov and Bazhin updated their accounts, and the rivals returned the difference after the first half of the meeting to the previous level. The third period ended with an equal score, and «Astana» continued to lead by thirteen points before the final ten minutes — 46:59. There was a shootout at the start of the fourth quarter — the teams quickly exchanged effective attacks. Skylar Spencer scored twice for us, and Rustam Murzagaliev was accurate from beyond the arc. After that, the opponents stopped coping with our defense and were left without effective points for almost five minutes. In the meantime, our attack was working confidently and increasing the lead. Bazhin was twice accurate in implementing free throws, Spencer scored two points in the fast break, and Antonio Campbell hit the line of twenty-point lead with a long-range throw. The game's outcome was already predictable, and for the first time, our coaching staff released the player of the farm team, Alizhan Ydyryszhan, onto the court. The opponents slightly reduced the gap at the end of the match, and in our squad, Mark Tikhonenko scored three more points, and Alizhan Ydyryszhan opened his score in the National League. As a result, «Astana» won the third victory with a score of 61:77. 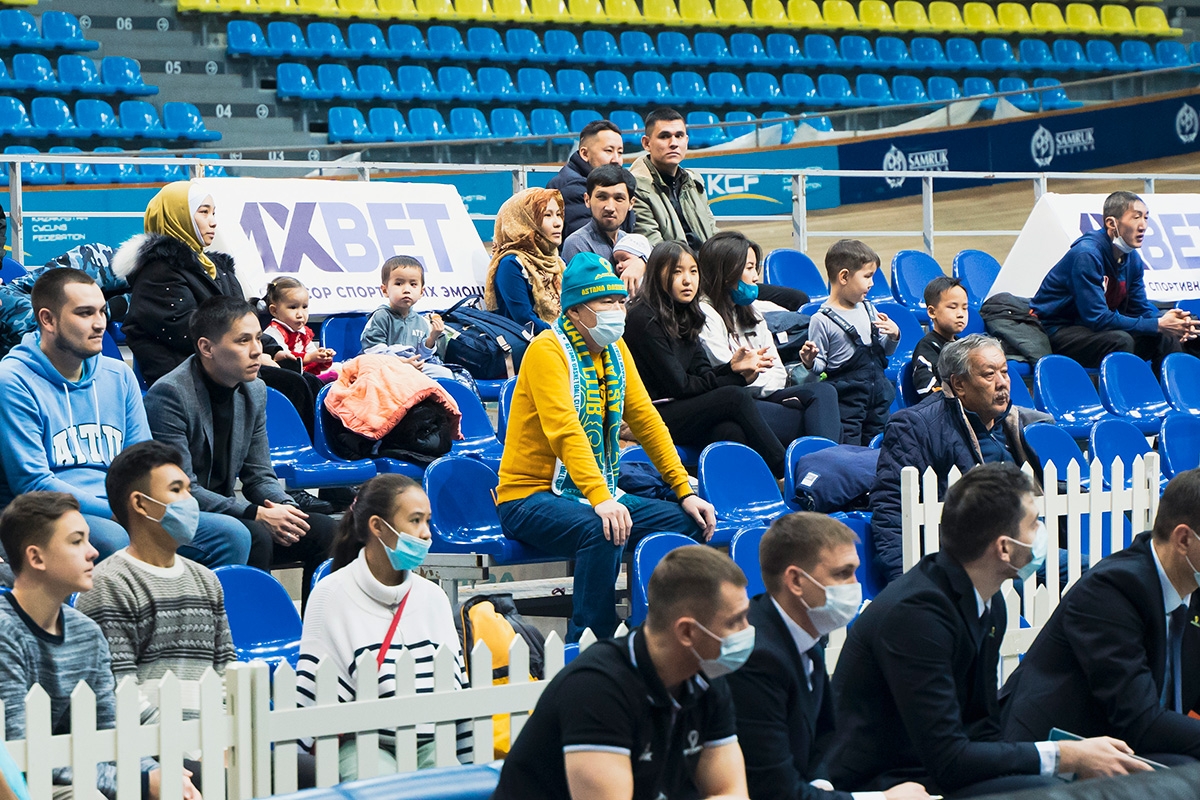