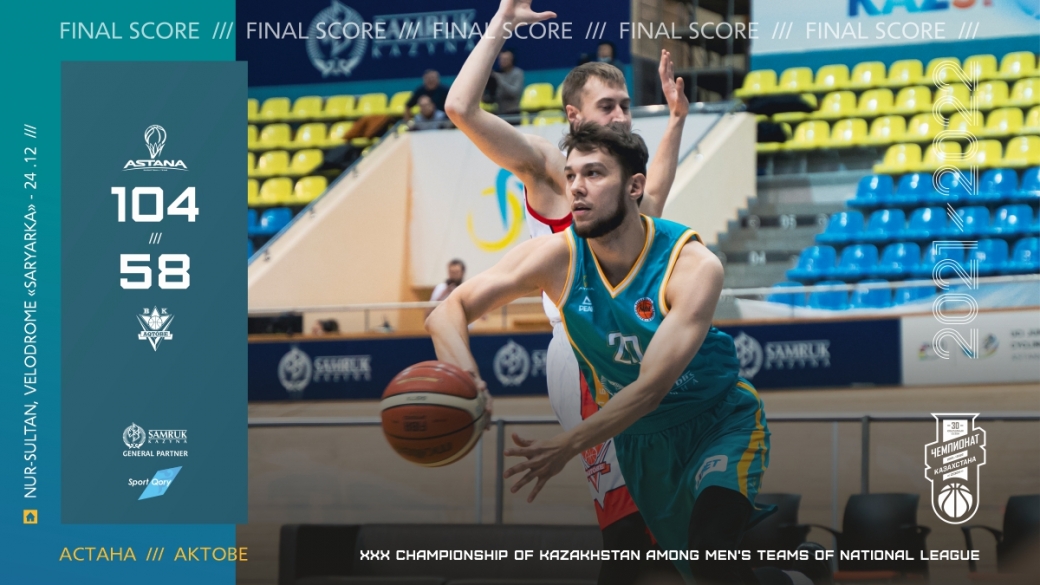 In the second home match of «Astana» against Aktobe, the yellow-turquoise squad wins again

The Friday evening brightened up for the fans of the basketball club «Astana,» with the second home victory over the guests from Aktobe. Today, the red and white team again failed to impose a fight on Darko Russo's squad.

Darko Russo again trusted Jaylen Barford, and Antonio Campbell, who celebrates his birthday today, and who replaced Skylar Spencer in this game. The rest of the roster remained unchanged. The starting five has practically stayed the same since the game the day before — Jaylen Barford, Oleg Balashov, Robert Pan, Vadim Shcherbak, and Skylar Spencer, who replaced Antonio Campbell in the roster at the start.

In the struggle for the jump ball, the ball remained with our rivals, and although not in the first attack, they opened the scoring in the game. But then «Astana» quickly seized control of the match and pulled away. Skylar Spencer opened the score for our team.  Jaylen Burford, Vadim Shcherbak, and Skylar Spencer scored more points. Barford converted the «and-one,» and after three points from Ruslan Aitkali the difference in the score had already exceeded 10 points. One more three-pointer, this time from Jaylen, and «Astana» is already in the lead by 15 points; by the way, the opponents still had only 2 points on the scoreboard. Rustam Murzagaliev opened his account, and in the middle of the first quarter, Mark Tikhonenko was accurate from beyond the arc. When the capital's advantage approached 20 points, there was a slight decline in the game's pace. For almost three minutes, our players did not score points, and «Aktobe» scored eight unanswered points simultaneously. Andrey Litvinenko interrupted the pause with free throws, and Rustam Murzagaliev immediately replenished our balance. He and Dmitry Gavrilov at the end of the quarter were accurate when scoring free throws. «Astana» won the first ten minutes with a score of 30:14. «Aktobe» in the second game segment did not update their score for almost four minutes, and in our squad, Spencer and Tikhonenko scored two points each. Jaylen Barford sent three accurate three-pointers in a row, after which the coaching staff of the red and white took a timeout. After points from Skylar Spencer, the gap of «Astana» exceeded 30 points. Our guests made several fruitful attacks in the middle of the period, and Ruslan Aitkali gained three more points. Until the end of the first half of the match, points were earned by Murazagaliev and Gavrilov, but the opponent had won back more than 10 points by the long break — 52:32. 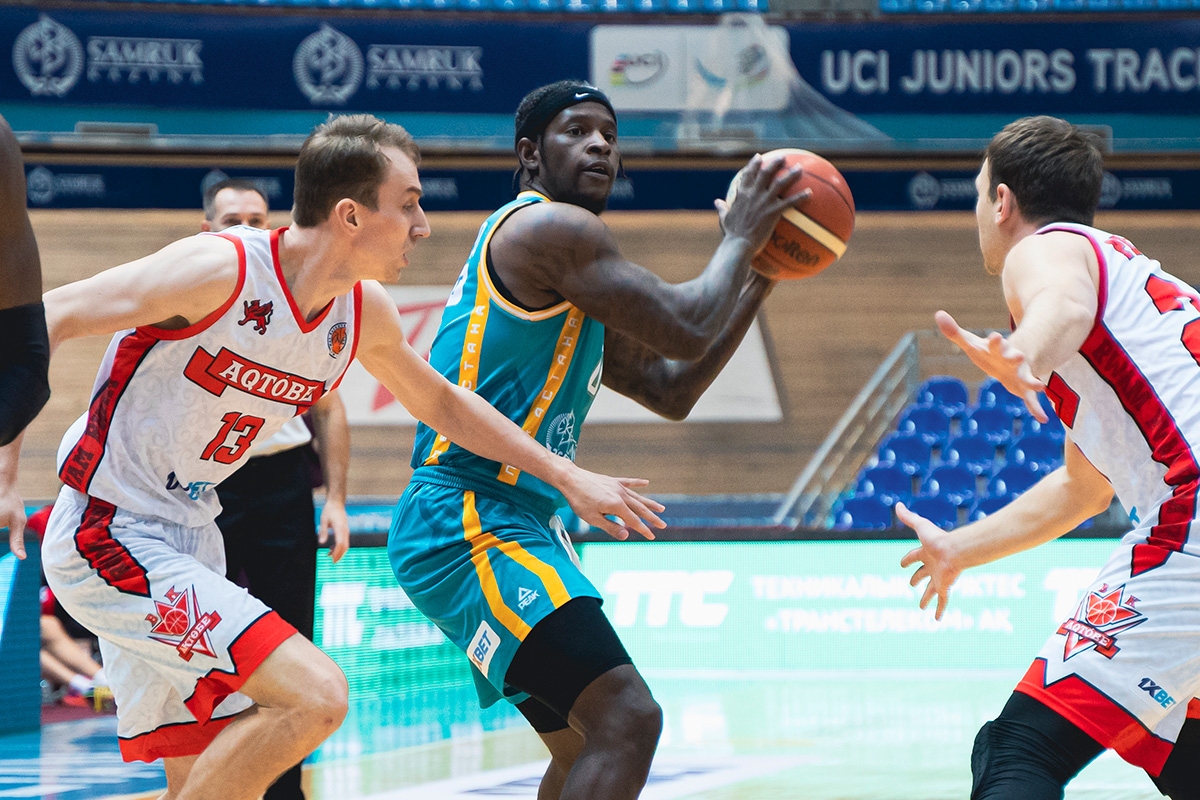 Only Jaylen Barford and Oleg Balashov brought points in our squad in the first half of the third period. Jaylen had five points, and Oleg Balashov chalked up seven scoring points. During this time, the rivals scored only two points at the beginning of the third period, and our handicap to the equator of the third ten-minute reached thirty points again. Then our rivals acted more confidently than in the first five minutes of the game segment, but our guys also improved their game. Nikolay Bazhin was accurate from beyond the arc, and immediately after the opponents' loss, he scored two more points in the fast break. After that, Dmitry Gavrilov and Rustam Murzagaliev updated their accounts by a couple more points, and the final score in the third period was set — 75:42. At the start of the fourth quarter, «Aktobe» acted quite confidently and actively scored points. But in our squad, Jaylen Barford was unstoppable, who again hit the basket three times from the paint and did not allow the opponents to close the gap. Towards the middle of the fourth quarter, Robert Pan opened his scoring from the free-throw line. Our players continued to implement their long-range throws — Mark Tikhonenko scored twice from a distance, Nikolay Bazhin also earned three points, after which our team was ahead of the rivals by 40 points. At the end of the game, Dmitry Gavrilov was the soloist. He brought the capital team's score to a three-digit figure, and it was he who set the final score in the match, gaining nine points in the last one and a half minutes of the game. «Astana» won another confident victory with a score of 104:58.

Most productive:
Consequences: for «Astana,» this is the tenth victory in ten games and an unconditional first place in that tournament table of the National League.

Next match: On Saturday, the teams will have a day of rest to take a break before another two-match series, which was supposed to take place in Aktobe, but will take place on December 26 and 27 in Nur-Sultan at the arena of the Saryarka cycle track. Sunday's match kicks off at 15:00, and the final game of this year will begin at 19:30 Nur-Sultan time. Online broadcasts of the matches will be available on the main page of our website.