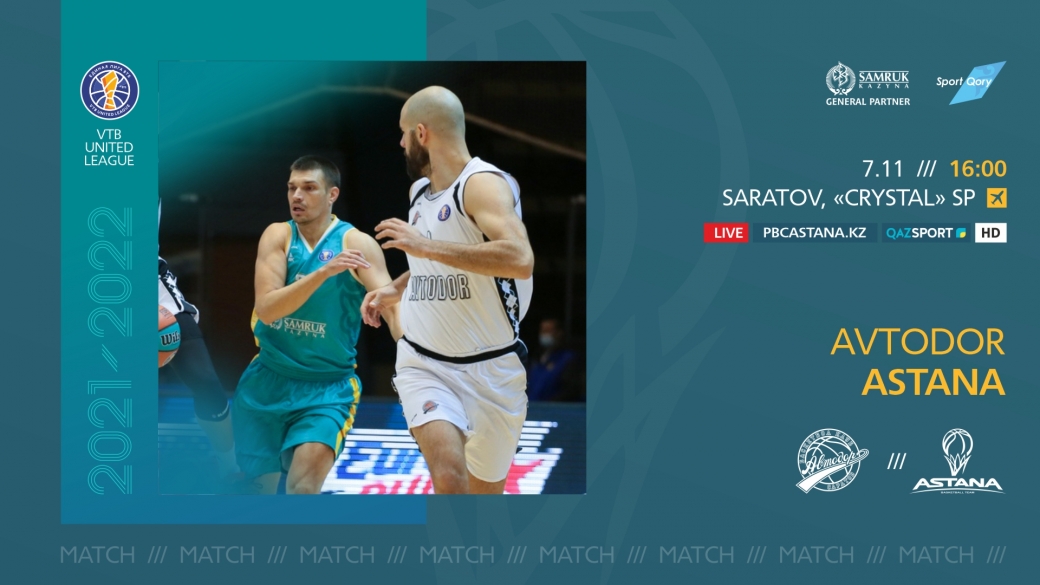 «Astana» will play away against Saratov «Avtodor»

After a three-week break, the basketball club «Astana» returns to  the VTB United League games. This Sunday our guys will play an important away game against «Avtodor» and their former mentor Emil Rajkovic, who very much improved the Saratov squad's performance at the start of this season. The match will take place in Saratov on Sunday 7 November, beginning at 16:00 Nur-Sultan time.

«Avtodor» - is a Russian professional men's basketball club from the city of Saratov, founded in 1960. In addition to participating in the VTB United League, the team competes in the FIBA ​​Europe Cup. 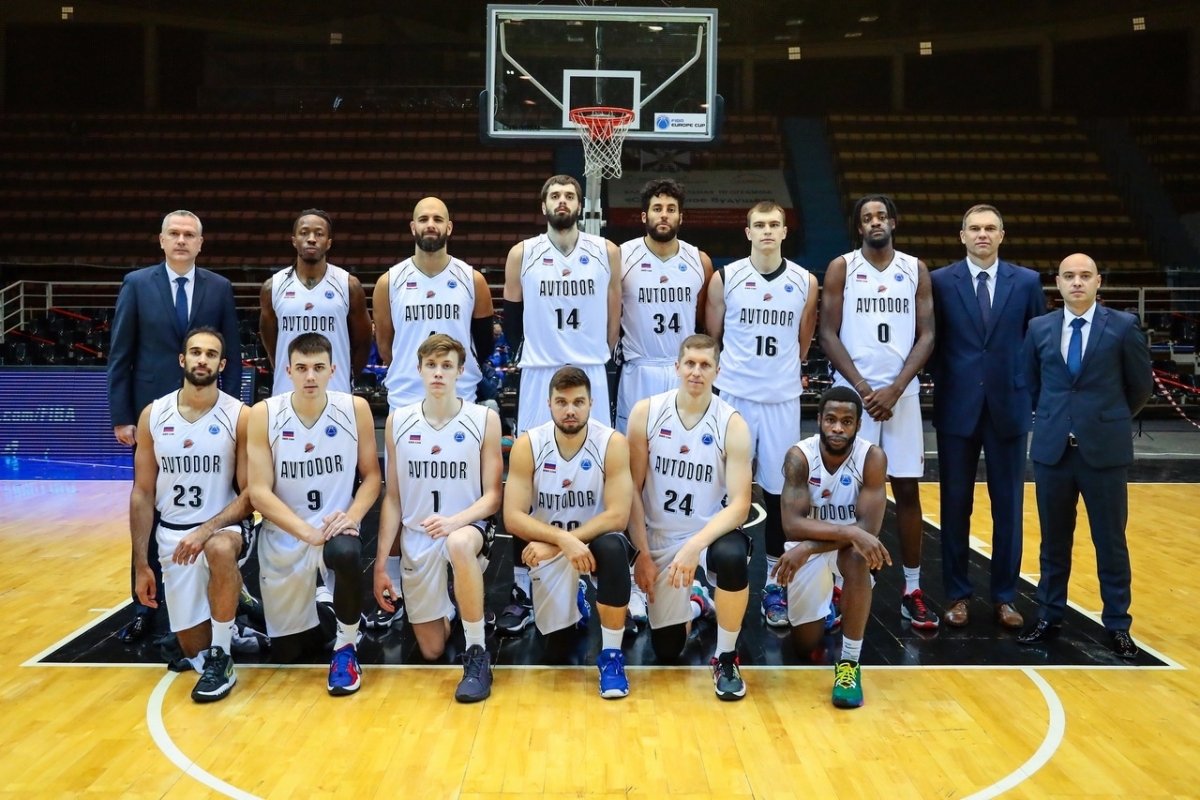 In the last VTB United League draw, only 9 players remained in the Saratov team until the end of the season, and of these nine people, only four extended their contract with «Avtodor». The Americans Nate Mason and Markel Starks, as well as the former player of our team, the Serbian center Dusan Ristic, left Saratov in the offseason. In addition, Russian players Egor Bestuzhev and Nikita Mikhailovsky have not been announced. One import, Croatian Zeljko Shakich, and three Russians, Evgeny Minchenko, Alexander Petenev and Anton Kvitkovskikh, retained their Saratov residence permit.

Three Americans have joined the Saratov team this season. Center Jerrett Grant at the start of his career played in the United States for the NBA Development League teams — «Tulsa 66ers», «Oklahoma City Blue», «Idaho Stampede» and «Canton Charge», and he also played in the NBA itself in the «Oklahoma City Thunder» and “Utah Jazz ”. Then he played in Asia — in the Chinese team «Beijing Ducks» and the Japanese «Sea Horses Mikawa». After that there were games in Bosnia and Herzegovina, as part of “Igokea”, with which he won the local Cup, as well as one season in the German “Ratiopharm Ulm”. Jerrett spent last season in Turkey with «Darussafaka Tekfen». Forward Jaron Johnson began his professional career in the NBA Development League with the «Rio Grande Valley Vipers», and also played in Australia in the «Perth Wildcat»s, in Israel in «Ironi Nes Ziona», and spent the last seasons in Francein «Levallois Metropolitans ”,“ Elan Chalon”and“ JDA Dijon ”. But forward DJ Funderurk before «Avtodor» managed to participate only in the NBA summer league as part of the «Utah Jazz». Saratov team was also strengthened by two Canadians. A guard Philip Srubb is no stranger to the VTB United League, after the Greek “AEK” and several seasons in the German “Skyliners Frankfurt”, with which he won the European Cup, they played in the St. Petersburg “Zenit”. And then there were the Spanish “Estudiantes”, the French “Limoges” and the Canadian team “Niagara Rivers Lyons”. But another Canadian guard Kenny Cherie made his VTB United League debut this season. Previously, they played in the Hungarian “Alba Fehervar”, the Spanish “CB Sevilla” and “Gipuzkoa Basket”, the French “Boulazac Basket Dordogne» and “Nanterre 92”, and spent the last season with the Italian “Brescia”. An experienced defender Evgeny Kolesnikov has returned from the Russian players to the team after four seasons at UNICS. The team was also joined by another experienced guard, who has not a single season in Kazan UNICS, “Zenit” and “Spartak” — Pavel Sergeev.

Head coach: «Avtodor» is a club known for the regular change of coaches, and this trend has continued this season. Russian specialist Vladislav Kolesnikov, who finished last season as the head coach of «Avtodor», was replaced by specialist from North Macedonia Emil Rajkovic. It is unnecessary to write about the new coach of the Saratov team, all the fans of Astana know him very well, because for the last three seasons he was at the helm of our team. Also, another former coach of “Astana” — Serb Marko Velichkovic got into the coaching staff, and Vladislav Konovalov remained to help them.

Rival leaders: After four games of the Saratov team in the VTB United League, Canadian Kenny Chery is the best in terms of efficiency and effectiveness. All four other North American imports — DJ Funderburk, Philip Scrubb, Grant Jerrett and Jaron Johnson are performing up to this level as well and all have double-digit figures after four games in both efficiency and effectiveness. The best Russian representatives are Pavel Sergeev and Evgeny Minchenko.

Tournament position: “Astana” is now on the fifth line, after two victories and one defeat. «Avtodor» also has only one defeat and three victories. Moreover, in their last match, the Saratov team was able to defeat one of the League's grandees — UNICS Kazan. In addition, it is worth noting that the Saratov team is extremely confident in the FIBA ​​European Cup, where they won 4 victories in their group and has already secured an exit to the next stage.

Game history: «Astana» and «Avtodor» have met 16 times in their history. As part of the VTB United League, the teams played 13 games and the Saratov team won one more victory than the Kazakhstani one — 7: 6.

Interesting facts:
The match will take place on Sunday 7 November in Saratov at the court of the «Crystal» Sports Palace, starting at 16:00 Nur-Sultan time. Online broadcast of the match will be available on the main page of our website.