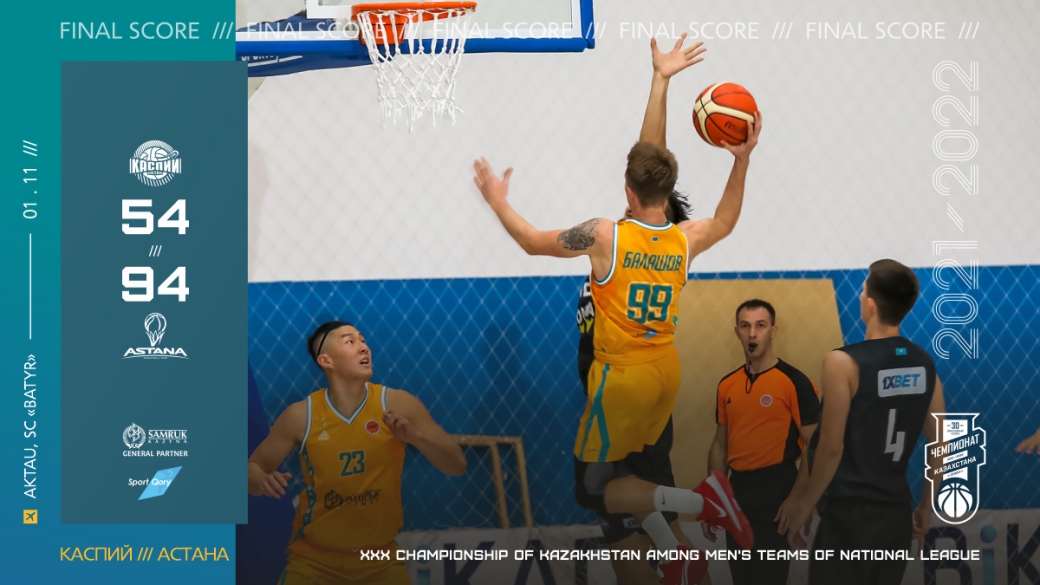 Basketball club «Astana» was much stronger than «Caspiy» in the second game of the first full-time series. The capital team did not leave a single chance to the rivals in the first game, having won a major victory.

In the second match, Darko Russo left the team's roster unchanged. It is also worth noting that Vadim Shcherbak, who was injured the day before, was in the arena as well, but did not take off his training suit and sat aside during the warm-up, that is, it immediately became clear that he would not appear on the court today. The same could be said about Alexander Kalenov from “Kaspiy”, it was with him that Vadim collided the day before. Obviously, they were injured, but the good news is that both players were supporting their teams from the bench, that is, their injuries are not serious, and this is the most important thing.

Dmitry Gavrilov, like yesterday, won the jumping ball, thanks to this our players were the first to attack, and Jaylen Barford was accurate from beyond the arc. The hosts responded to this with their effective attack, but then missed four successful sorties of our guys. “Astana” very quickly approached a double-digit lead after points from Jeylen, Murzagaliev, Bazhin and Campbell. However, reaching the ten-point milestone was not easy. “Kaspiy” came back in the game and by the middle of the quarter reduced the gap to five points. Although right after the points from Antonio Campbell and Ruslan Aitkali, the teams' gap widened to ten points, but not for long. “Kaspiy” gave a small spurt and again only five points separated the teams. There and then came a response from our team, which quickly returned the previous difference in the score. The points were scored by Pan and Barford, and they were the last in the quarter. For “Kaspiy” the first quarter was not very productive — only 13 points, and they lost 10 points in ten minutes — 13:23. Despite the fact that the hosts opened a score in the second quarter, in the end they lost it to pieces. By the ten-minute equator, “Astana” was leading by more than thirty points, Oleg Balashov, Robert Pan, Mark Tikhonenko, Nikolay Bazhin, Jaylen Burford and Rustam Murzagaliev realised their attempts.  Before the big break, “Kaspiy” was able to realize three attacks, and in our case only Antonio Campbell and Oleg Balashov distinguished themselves. And if Campbell scored four points, then Balashov chalked up nine points at once, thanks to which our team significantly outplayed rivals after two quarters — 21:59. 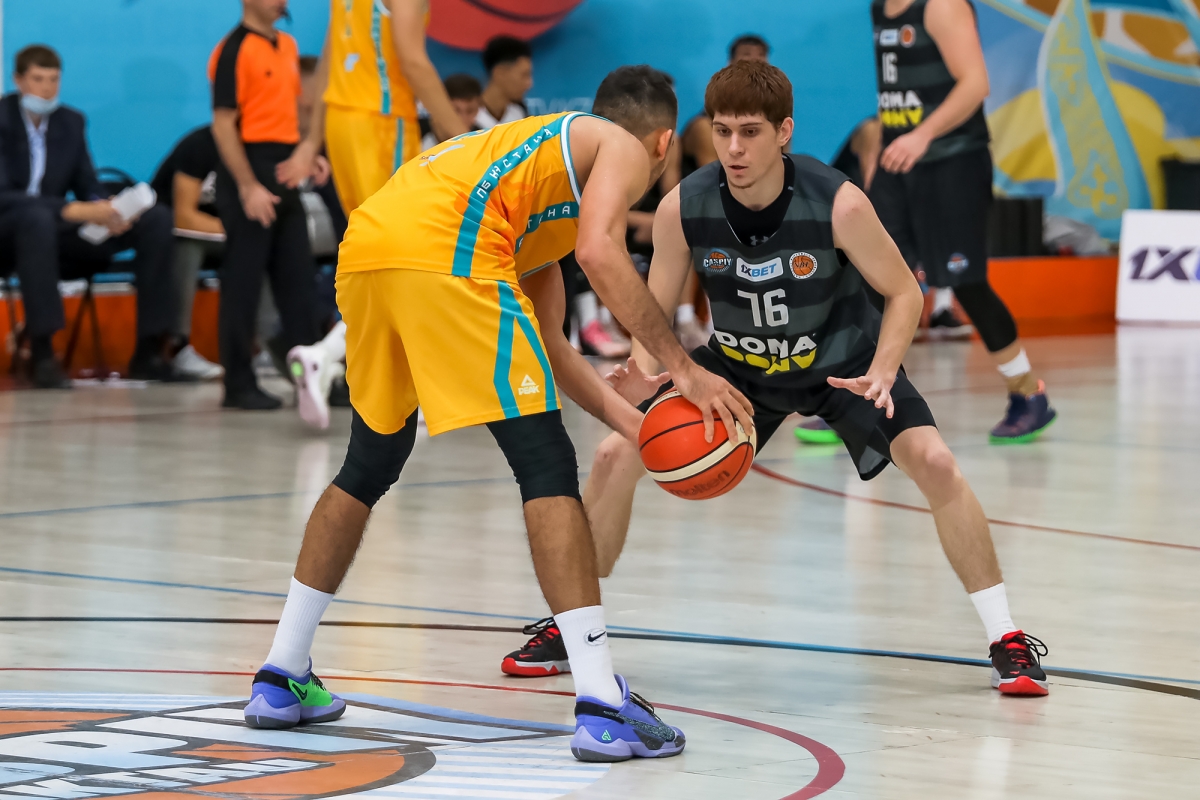 In the third period, Darko Russo's charges slowed down, but confidently retained their significant advantage. In the first half of the period, Barford, Pan, Campbell and Aitkali scored points in our squad. During this period of time Aktau players also gained points and by the middle of the period the gap decreased by three points. After three-pointer from Ruslan Aitkali, right after the equator of the quarter, there was a goalless pause for three minutes for both teams, which was interrupted by our rivals. The rest of the quarter was also not very productive. “Kaspiy” implemented one more attack, and Dmitry Gavrilov scored three points in two attacks. As a result, as in the game the day before, the hosts won the third quarter and also by two points. “Astana” confidently won 36 points before the final quarter — 40:76, which was a guarantee of our victory today. In a minute of the fourth quarter, Dmitry Gavrilov and Nikolay Bazhin brought the advantage to forty points, but then “Kaspiy” responded with a shot, and the gap was reduced to 35 points. Until the middle of the period, the points were scored by the same Gavrilov and Bazhin, as well as Mark Tikhonenko. Five minutes before the end of the game, our advantage was 39 points, and there was no intrigue in the match left. The rest of the match was ineffective — 4 points were earned by Rustam Murzagaliev and 2 points by Nikolay Bazhin. “Kaspiy” spent the last minutes less productively and in the end lost with a forty-point lag — 54:94.

Most productive:
Consequences: “Astana” is significantly in the lead in the standings of the National League, and “Kaspiy” closes the table.

Next match: Less than a week, on November 7, the capital team will play an away VTB United League match against «Avtodor» Saratov. The next National League series will be the first home matches this season and it will take place on December 8 and 9, Kostanay “Tobol” will come to Nur-Sultan with a return visit.