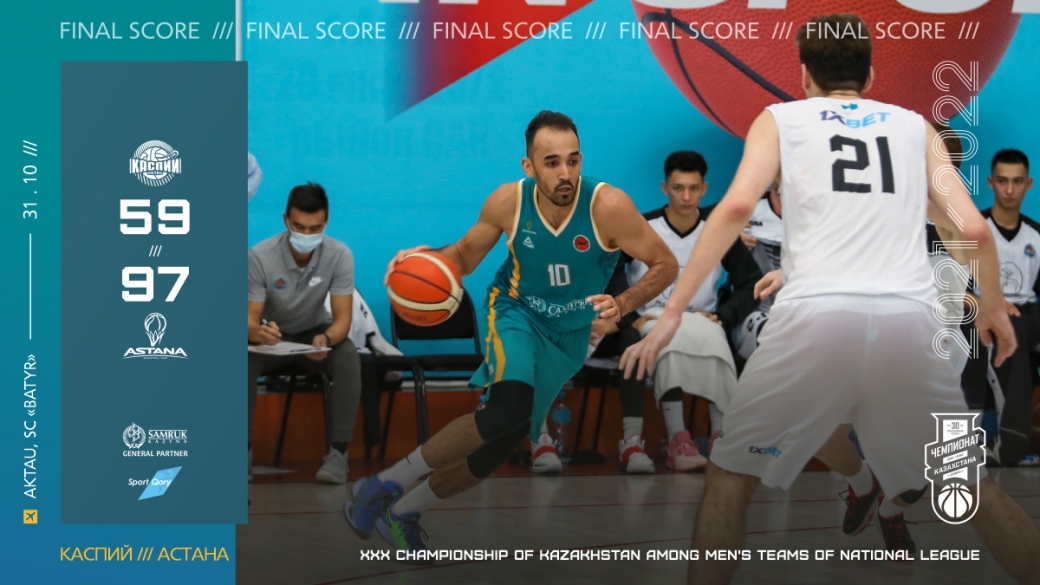 «Astana» wins big on the shores of the Caspian Sea

Basketball club «Astana» won a victory in the first game of the National League against Aktau «Kaspiy». At the moment the teams occupy opposite poles in the standings: “Astana” on the first line, and “Kaspiy”, respectively, on the last. Anthony Campbell made his debut in the Kazakhstan championship in this match, and Darko Russo also announced Jaylen Barford for this game.

Dmitry Gavrilov won the jumping ball at the start of the game and sent his team to the attack. But in the first minute, our players did not manage to open a score, just like their opponents. And yet the first points in the game came from “Astana” — Jaylen Barford implemented three free throws, and then Vadim Shcherbak scored a midrange shot. “Kaspiy” opened the scoring two minutes later from the start of the game. Antonio Campbell opened his personal account in the championship of Kazakhstan, first implementing the finishing move, and then making an accurate shot from behind the arc. And after the points from Nikolay Bazhin, the advantage of “Astana” became double-digit. In the next couple of minutes Dmitry Gavrilov scored twice, but the hosts reduced the gap to 4 points. The last three minutes “Astana” unconditionally dominated on the court, and points were scored by Barford, Tikhonenko, Campbell, Murzagaliev. Oleg Balashov, who scored 11 points in less than three minutes, especially distinguished himself. By the end of the quarter, “Astana” was outplaying their rival exactly twice — 20:40. The first period was very productive in terms of performance for our guys, especially in the ending. In the second quarter, the game went neck to neck. At the same time, “Astana” confidently kept their advantage in the range of twenty points. And although at some point it was reduced to 14 points, the capital team won before the big break by a significant margin — 38:60. In the second quarter, points were scored by Jaylen Barford, Mark Tikhonenko, Dmitry Gavrilov and Oleg Balashov. 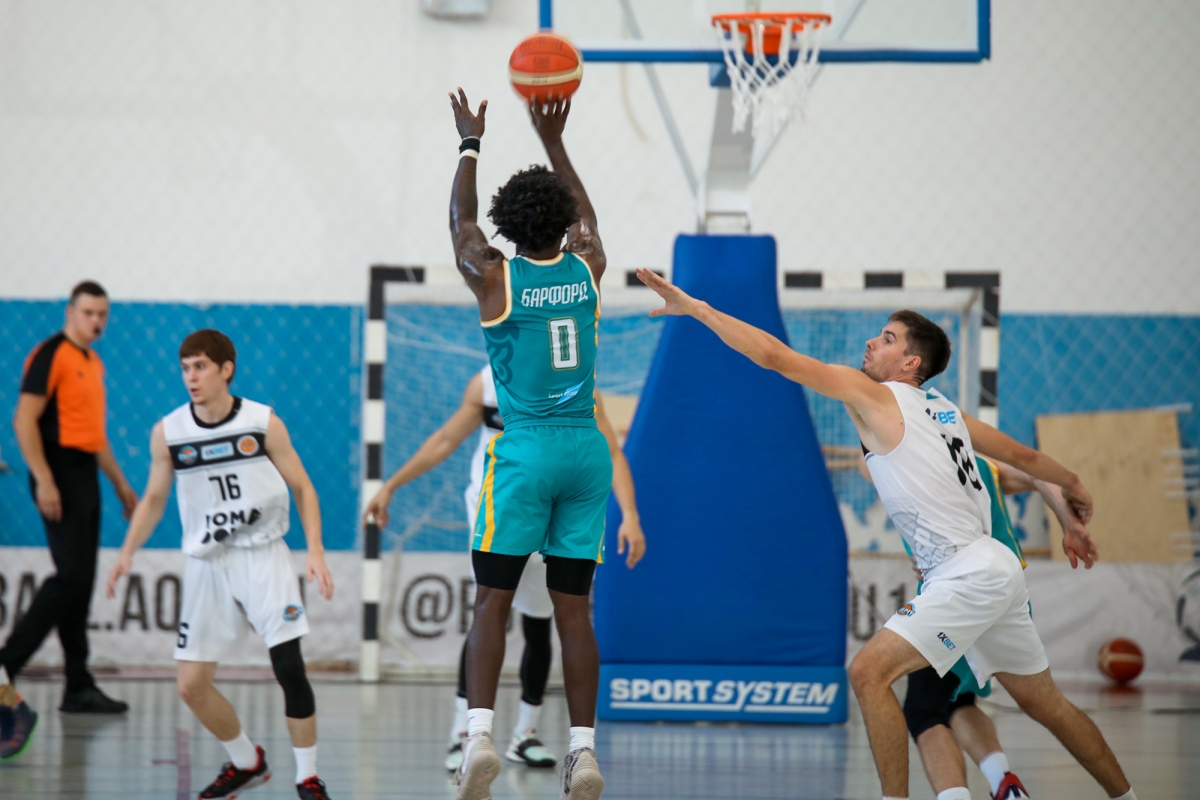 After fifteen minutes of the break, “Astana” did not immediately respond and also previously missed two effective attacks of the opponents. Barford was finally able to open a score for our team in the second half, and it happened after more than three minutes of playing time. After that, the game pattern leveled off, and the difference continued to be around 20 points. This gap was even widened by further points from Barford, Bazhin, Tikhonenko and Balashov. Nevertheless, our team lost the third quarter, though by only two points, and at the same time confidently led the way before the final ten minutes — 53:73. Twenty points can be won back in ten minutes, but it is extremely difficult to do this, especially in such a game. Thus, our opponents' chances of success became more and more illusory every minute. At the start of the period, points were scored by Vadim Shcherbak, Oleg Balashov and Antonio Campbell. Caspian players also tried to stay in good shape. Despite the fact that the outcome was already very predictable, a tough struggle took place for each ball and this, unfortunately, resulted in a very unpleasant incident. Oleg Balashov scooped out the ball from the “Kaspiy” player Alexander Kalenov  on the opponents' side and the fight moved outside the court. As a result, everything ended in a desperate attempt to seize control of the ball between Kalenov and Vadim Shcherbak, who collided very unsuccessfully and could not get up from the court on their own. The game was stopped, and both basketball players needed medical attention. On replay, it was clear that Vadim was hit in the neck area, and Alexander received a hard blow in the ribs. In this clash, excitement and selfless struggle were to blame, but, unfortunately, the players were injured, who, by the way, did not appear on the court until the end of the game. We wish Vadim and Alexander that they did not have serious injuries and that they quickly recovered. Despite this incident, the game continued, our players confidently moved forward, and “Kaspiy” faced difficulties. During this time, points were scored by Antonio Campbell, Nikolay Bazhin and Mark Tikhonenko, and after the exact three-pointer and the last “Astana” was leading by 35 points. At the end of the match, the players of “Kaspiy” took part in scoring a little, but our players finished the match very confidently — Ruslan Aitkali scored twice, and Mark Tikhonenko put an end to this game — 59:97.

Most productive:
Consequences: “Astana” is confidently leading in the standings and breaks away from the closest pursuers, while “Kaspiy”, on the contrary, is more and more behind the penultimate line.

Next match: The second game of the series with “Caspian” will take place tomorrow on November 1, also in Aktau at the site of the “Batyr” sports complex. The match starts at 20:00, Nur-Sultan time. The online broadcast of the game will be available on the main page of our website.