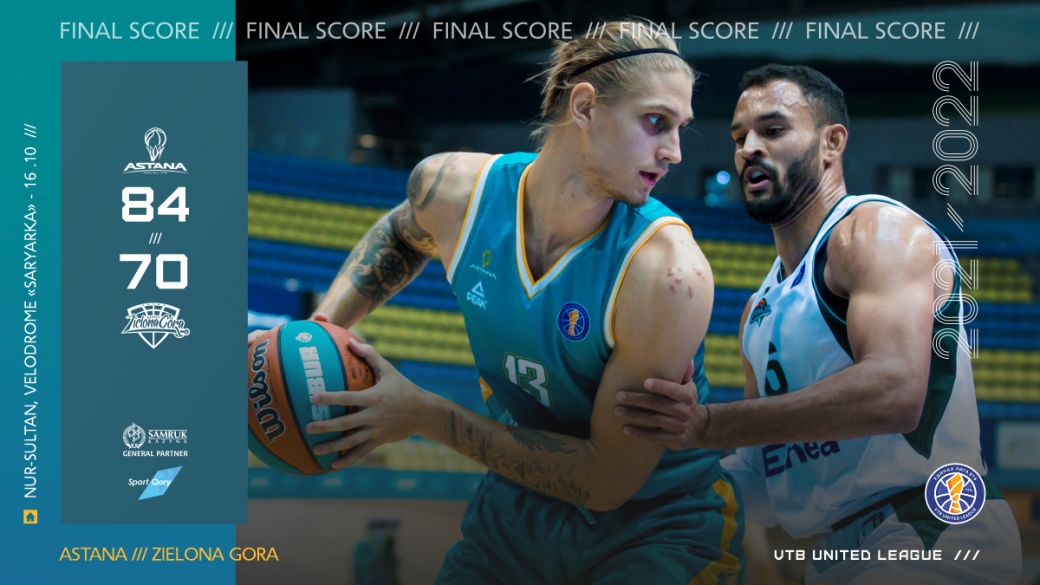 «Astana» delighted their fans by winning the first home match

After 587 days, the basketball club “Astana” finally played a home match with the spectators and marked this long-awaited meeting with a victory over “Zielena Gora.” By the way, the Polish team had a difficult flight to the capital of Kazakhstan with stops in Berlin and Moscow, which took almost twenty hours. But they arrived on Thursday and they had time to rest and adapt. The Poles brought their strongest squad to Nur-Sultan, but our guys prepared well for this game and delighted the fans.

“Astana” won the jumping ball and rushed forward from the very first seconds. Anthony Hickey created our team's starting spurt and scored 8 points in less than three minutes. Maxim Marchuk contributed with his accurate three-pointers. The opponents started off less efficiently and scored only three points in the first three minutes. The capital's team looked very good in defense and coped well in attack. In the middle of the first quarter, Antonio Campbell was accurate from beyond the arc and Jaylen Barford scored his first points in the match, and Astana's advantage became double-digit. Then “Zielona Gora” finally managed to score and reduced the gap to 6 points. But Jaylen Barford, as well as Skylar Spencer, acted well and the Kazakhstani team’s gap again returned to the area of ​​ten points. The Poles, until the end of the period, made efforts to return the balance to the game, but points from Barford and Murzagaliev kept our handicap until the end of the quarter — 21:18. The performance of the yellow-turquoise team dropped noticeably in the second quarter, but the opponents were not accurate in their attacks either. For five minutes of playing time, the teams scored only six points. Hickey and Spencer scored points in our squad, and Tikhonenko and Gavrilov also opened their accounts in this game. Until the end of the period, Jaylen was the most active in our squad and brought our team 8 points, and Skylar Spencer also scored a few points. The guests kept the intrigue but until the end of the first half, “Astana” confidently led the game. For the big break, Darko Russo's team went as the leader, but it was difficult to call such an advantage comfortable — 43:35. 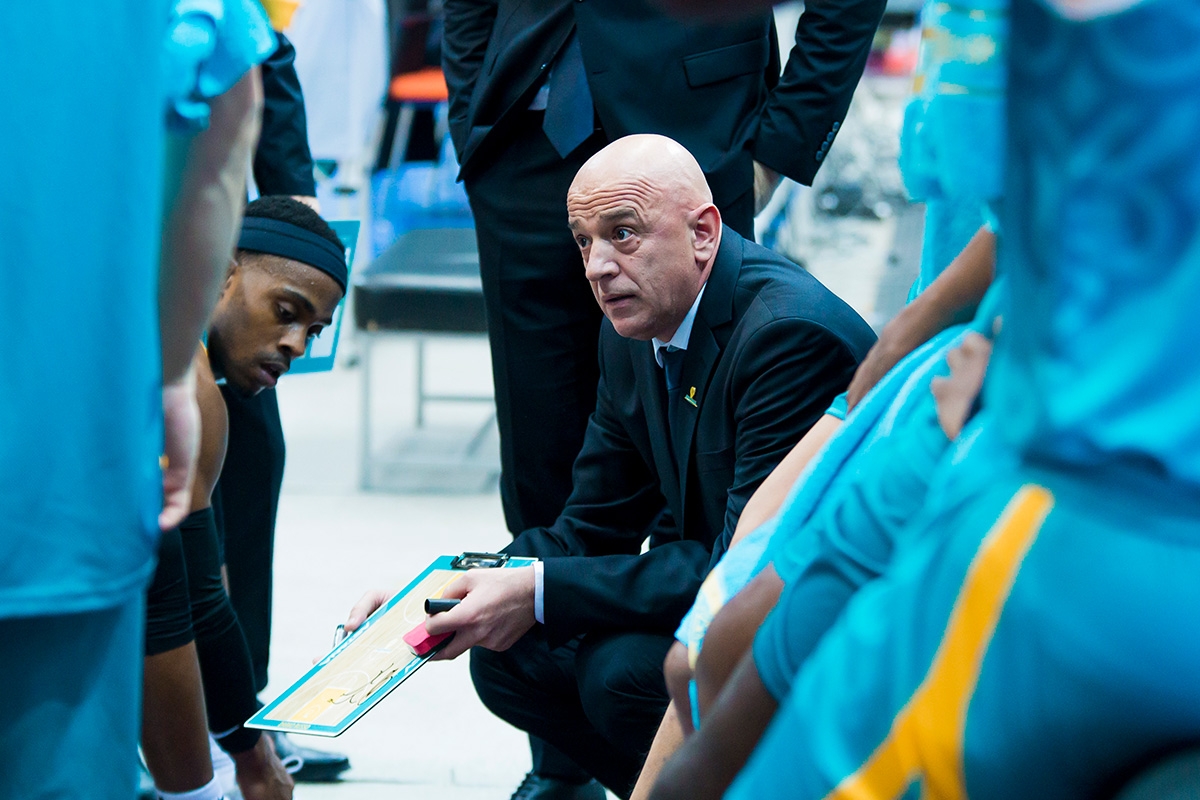 At the start of the third period, the hosts increased the pace again, and our imports scored 7 points in just a minute of the game. The points were earned by Anthony, Jaylen and Skylar, and our advantage again exceeded ten points. True, a powerful start in the third period was accompanied by a not bright game until the middle of the period. “Astana” continued to act very confidently in defense, but in the attack our team had difficulties with implementation. But it is worth noting that the difference in these minutes was two-digit. But in the middle of the third period, our attacks were unstoppable. Jaylen Barford continued to increase his personal score in this game, as did Anthony Hickey. It is also worth noting two attacks in a row, which ended in powerful dunks. First, Barford cut the rivals' defense and effectively dunked from above, and in the next attack Skylar Spencer tested the rivals' basket strength with a powerful two-handed dunk. A minute later, Nikolai Bazhin scored the first points in the match, realizing free throws. Hickey supported our team's breakthrough, and Bazhin next scored the first points from the game, thus “Astana” for the first time in the match reached an advantage of 20 points. The guests could not break our defense, but managed to score a dozen points, and as soon as they were twenty points behind, they immediately managed to score a tree-pointer. The ending of the third period remained entirely with our team. The result was achieved by Hickey and Bazhin, and before the final ten minutes “Astana” was in the lead by more than twenty points — 69:48. Our advantage was very comfortable, but the players were not going to let things go by themselves. The difference in the score exceeded 25 points, and the intrigue in the match, which was already barely alive, was gradually fading away. Points were scored by Hickey, Bazhin and Spencer. In the middle of the quarter, Murzagaliev converted a three-pointer and, perhaps, removed absolutely all the remaining questions about the winner of the game, because the difference a little less than five minutes before the final whistle was 26 points. “Astana” simply played out the ending of the match. The result was absolutely satisfactory, and more  players from the bench appeared on the court. The guests spent the last minutes much more productive than our team, in which only Tikhonenko and Hickey distinguished themselves. As a result, “Zielona Gora” won back more than ten points in the end, but this did not prevent “Astana” from gaining a landslide victory — 84:70.

Most productive:
«Astana» head coach Darko Russo:
«I should be happy that we won. But to be honest, I'm not 100 percent satisfied. Because the game was full of ups and downs. There were good and bad moments in the game. We made mistakes while playing in defense in the first half, after the break we played better. In the attack, we played a little slowly, as if they were playing for time. We have to be much faster in offense, make quick decisions.»

Oliver Vidin, head coach of «Zielona Gora»:
«We started badly because of a lot of losses. This gave «Astana» confidence and it took the lead. Then we got back into the game a bit due to good defense, but our game in attack was unconvincing. Today we played without aggression and for a very long time could not establish good coordination in the attack. And every time we made mistakes, «Astana» punished us, especially on the perimeter. We had an advantage in offensive rebounds, but a large number of losses negated our efforts. We have a lot of work to improve the quality of the game.»

Consequences: “Astana” has risen to the fifth line, but today there will be several more games in the VTB United League, which may affect the position of the Kazakh team.

Next match: Next, our guys will play an away series of games of the National League against Kostanay «Tobol», which will be held on October 22 and 23. As part of the VTB United League, the capital's basketball players will continue their fight on November 7 in a guest confrontation with «Avtodor Saratov».