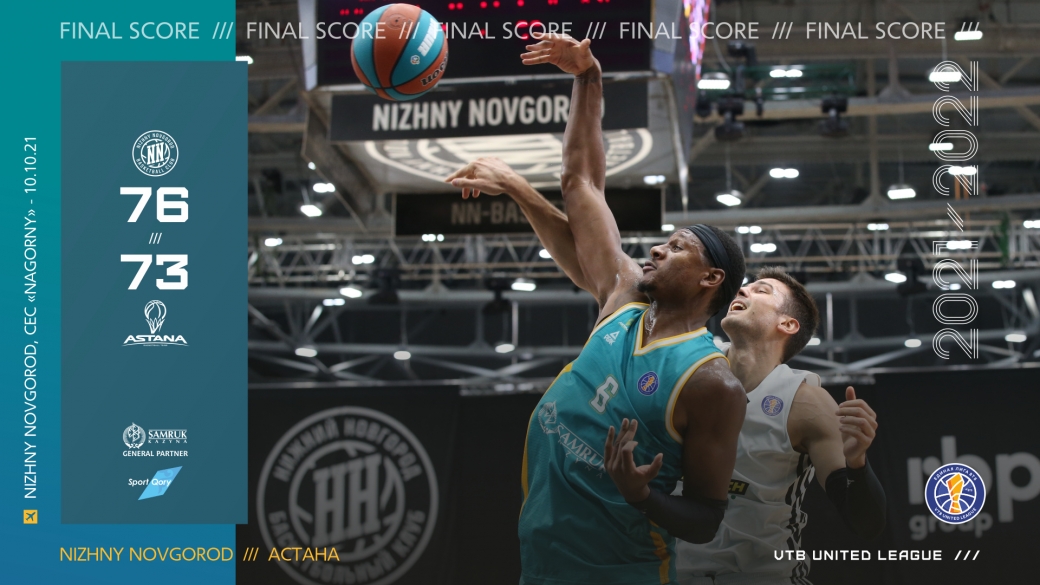 In the second match of the VTB United League, «Astana» faced the Nizhny Novgorod team . Before this game, our team took over the “Zenit”, and «Nizhny Novgorod» lost to CSKA. Before the game, many predicted victory for the hosts, and in the end they were right. But they won a very difficult victory, and «Astana» showed character and fought well on the court. American Antonio Campbell made his debut in this match in our squad. As for the rivals, the coaching staff announced the strongest possible roster for the game.

The jumping ball was won by the opponents, who opened the score in their first attack. Our guys were not long in coming — Anthony Hickey quickly leveled the score, and points from Jaylen Burford brought our team forward. “NN” again seized the initiative and completed successfully a couple of attacks, but the Kazakh team chased them closely, and after points from Nikolay Bazhin in the middle of the first quarter, the score became equal. Following Antonio Campbell, he earned his first points in the VTB United League, thanks to which «Astana» took the lead again. After another tie, Barford and Hickey completely broke the rivals' defense. In three minutes, our players dramatically changed the score of our team, which more than doubled. “Nizhny”, meanwhile, did not score a single point. At the last minute of the quarter, the hosts were able to interrupt their pointless streak and scored 6 unanswered points. “Astana” got the advantage after the first period — 16:22. At the start of the second quarter, Skylar Spencer opened his personal account with a powerful dunk in this game, but after that our team had a slight decline. The hosts quickly caught up with “Astana” and took the lead. After that, an equal fight — “tug of war”. As a result, the score in the second quarter became equal 8 times and remained so at the end of the first half — 42:42. During this time, Barford and Hickey were mainly gaining points in our team, and Mark Tikhonenko also earned his first points in the match. 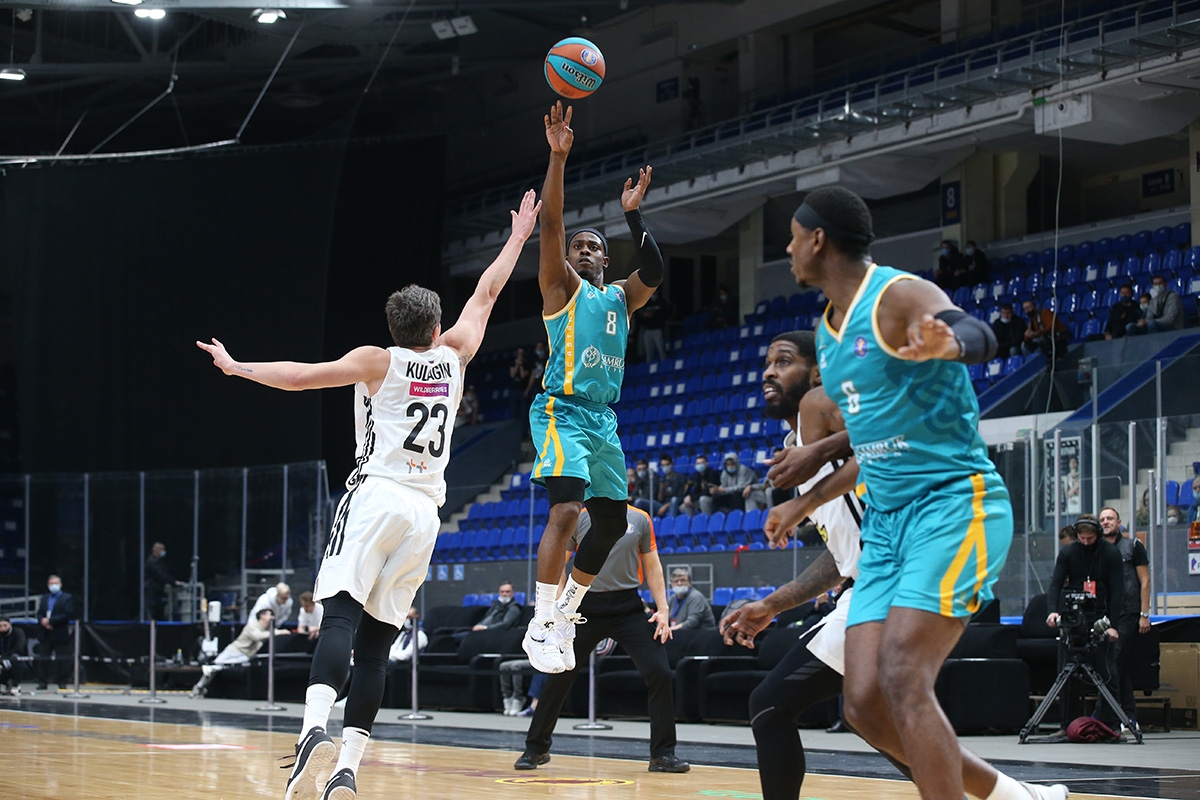 In the third period, the tough fight for leadership continued, and the teams took turns taking the lead. In the first half of the third quarter, Skylar Spencer had a few great moments, realizing a powerful allay-up and attacking with an accurate hook shot. In addition, Jaylen Barford and Antonio Campbell have added to a few more points for «Astana». In the middle of the period, the score was equal, but then the hosts began to bend their line. “Astana” did not play well in the attack, while “NN” successfully implemented several of their attacks and pulled away by 8 points. The last two minutes of the period were effective. Hickey completed successfully two  attacks in our squad, and Dmitry Gavrilov scored one free throw. But the rivals were quick to respond, and were also successful. Their advantage for the first time in the match became double-digit, and as a result, before the final quarter, the hosts were in the lead by 9 points — 64:55. The third period was very unfortunate for Darko Russo's squad, but there were still ten minutes ahead to rectify the situation. But in fact, it took the yellow-turquoise team only three minutes to level the score, and then they took the lead. “Astana” made a powerful leap 0:12. The main contribution to this spurt was made by Barford and Hickey, who were extremely productive in this match. And Skylar Spencer brought our team forward. The hosts managed to “get out of the dive” and in the middle of the period they started scoring in this game segment and caught up with “Astana”. Further, the game was ineffective and took place in a tactical manner. Two and a half minutes before the end, the score was equal, but the hosts seized the lead and firmly clung to their small advantage. Nikolay Bazhin reduced the gap to one point, but «Nizhny» did not want to concede victory, and our implementation failed as well. After tactical fouls 10 seconds before the end, “Astana” was losing 5 points, and in such a situation it is very difficult to count on victory. The miracle never happened and today «Nizhny Novgorod» celebrated the victory 76:73.

Head coach of «Nizhny Novgorod» — Zoran Lukic:
«I want to congratulate our his opponent with more than decent play. This is the second match that they played at a very good level and showed that it was no coincidence that they beat «Zenit». For us, the only positive thing is victory. One swallow doesn't make a summer as they say. There is still a lot of work ahead of us. Unfortunately, we lost one more player — Anton Astapkovich has a broken bone on his lead hand, so he won't be able to help us for more than a month.»

Head coach of «Astana» Darko Russo:
«First of all, I would like to congratulate «Nizhny Novgorod» and my friend Zoran Lukic on the victory. He has been doing an excellent job at this club for over ten years. We came here to fight and, in my opinion, fought pretty well throughout the game. In the first half, we allowed Nizhny to take 10 offensive rebounds, which did not allow us to take the lead by the long break, although we could have taken 5-10 points of advantage. And in the last two minutes of the match, they made some bad team decisions. We had a two-point advantage, but instead of building it up, we gave the initiative to Nizhny.»

Consequences: “Astana” after the first defeat lost a couple of lines in the standings and went down to the sixth position, and “Nizhniy Novgorod” after their victory took the seventh.

Next match: After returning home, the capital team will begin preparations for the first home game of the season, which will take place on Saturday 16 October. Polish «Zielona Gora» will arrive in Nur-Sultan. Tickets for the match are already on sale on the website Ticketon.kz. ATTENTION! — Only spectators with a green status in the «Ashyk» application will be allowed to the game.