After a triumphant victory over «Zenit» St. Petersburg, «Astana» basketball club continues their tour and will visit Nizhny Novgorod this weekend. The match will take place in Nizhny Novgorod on Sunday 10 October, at 17:30 Nur-Sultan time. 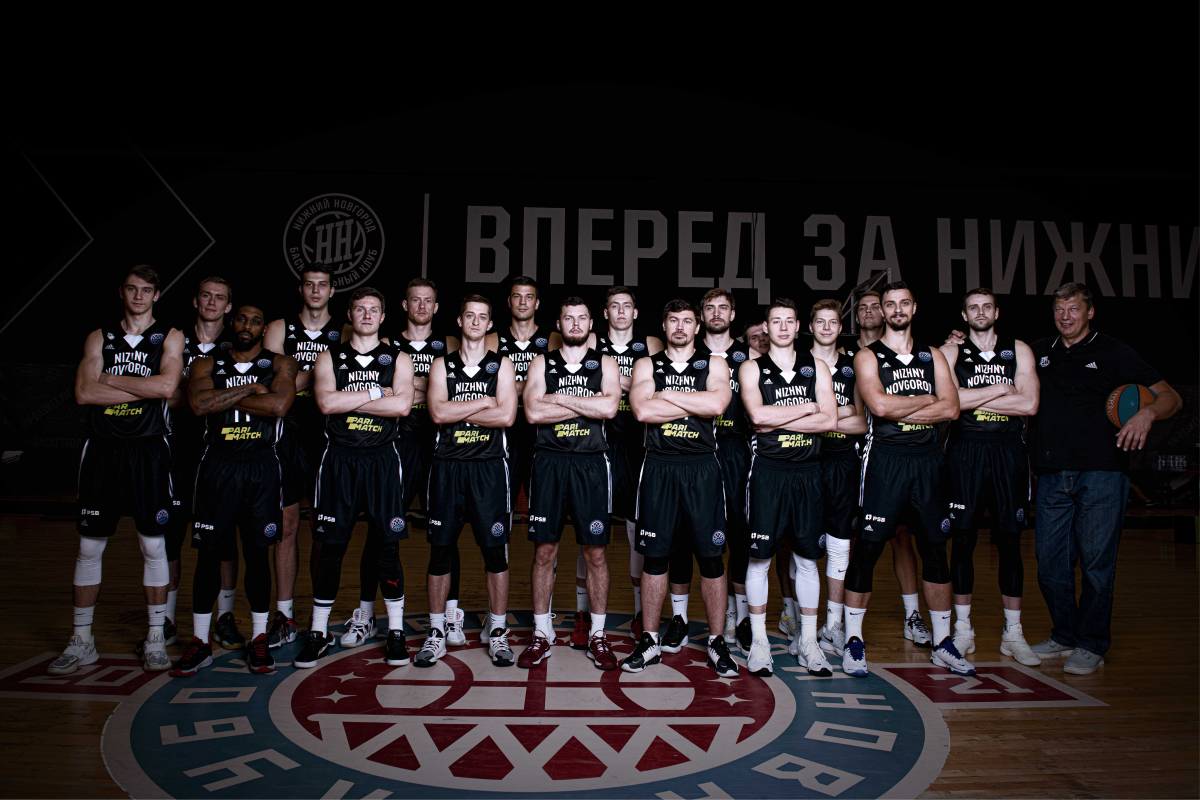 7 players from last season ended their careers at «Nizhny Novgorod» at once. All foreigners left the team in the offseason — the Americans Casey Shepherd and Luke Petrasek, as well as the Frenchman Alexandre Gavrilovic. As for the Russian players, “NN” did not announce the young Mikhail Belenitsky this season, Timofey Gerasimov moved to “Yenisei”, and Artem Komolov and Andrey Vorontsevich moved to Kazan UNICS.

The only Russian players have extended their contract in Nizhny Novgorod since last season are Alexander Gankevia, Anton Astapkovich, Ilya Platonov, Alexander Chadov, Ivan Strebkov, Sergey Toropov and Evgeny Baburin. Among the imports, “Nizhny” announced three players, while one of them is an old-timer of the league — Latvian Rolands Freimanis, who had spent last season in the Polish team “Zielona Gora”, and before that played in VEF, “Kalev” and UNICS. Veteran American guard Lazeric Jones, who has tried his hand in the summer NBA leagues with «Chicago Bulls» and «New Orleans Pelicans» at home, but never made it to the main NBA tournament. He also spent half of the season in the NBA Development League with «Iowa Energy». And mostly, he has spent his professional career on our continent. Lazerik managed to play in the Israeli “Maccabi Rishon LiZon”, in the Greek “KAOD”, in the Hungarian “Szolnoki Olay”, with which he became the champion of Hungary and the winner of the Hungarian Cup. Also on his account were “Monaco” and German “Medi Bayreuth”, as well as Turkish teams “Pinar Karsiyaka”, “Sakarya” and “Galatasaray”. Serbian center Nikola Jovanovic is another newcomer to the league for «Nizhny Novgorod». He began his professional career in the NBA Development League, playing for the Grand Rapids Drive and Westchester Knicks. In Europe, with Crvena Zvezda, he managed to become the champion of Serbia, played in the Italian «Aquilla Basket Trento» and won the Bosnia and Herzegovina Cup with «Igokea». Also, “Nizhny Novgorod” this season signed two experienced Russian players — a guard Mikhail Kulagin, who moved from “Yenisei” and a guard Pavel Antipov from UNICS. In addition, in the application for the season there are two young Russian guard Maxim Lichutin and Anton Kardanakhishvili.

Head coach: The head coach of Nizhny Novgorod has remained unchanged since the 2017/2018 season — Serb Zoran Lukic. He is assisted by Russian specialists Alexey Zhukov and Sergey Kozin, who have been with the club from Nizhny Novgorod for a very long time. Since the start of this season, the coaching staff has been fortified by the Russian Sergei Sidnev.

Standing position: “Nizhny Novgorod”, as well as “Astana”, this season of the VTB United League has played only one game, losing 20 points to CSKA, and is now on the tenth line in the standings. Our team, meanwhile, is in third place after a sensational away victory over «Zenit». Novgorodians also had an unsuccessful start in the European Champions League, losing 17 points to the Spanish “Unicaja” at home on 6 October. In addition, in the pre-season matches “NN”, lost to “Zenit” in early September  and then the Novgorodians lost almost 30 points in St. Petersburg.

Leaders of the rivals: In the match with CSKA, Russians Mikhail Kulagin and Alexander Gankevich took over the role of leaders, Rolands Freimanis acted well. In the game against the Spanish “Unicaja”, another Russian player Anton Astapkovich played the best, Alexander Gankevich and Ivan Strebkov, as well as Lazeric Jones, showed themselves well.
History of the games: According to the results of matches, “Nizhny Novgorod” has a huge advantage over “Astana” — 17 victories of “NN” against two in favor of  “Astana”.

Interesting Facts:
The match will take place on Sunday, October 10, in the Nizhny Novgorod site of the Nagorny cultural and entertainment club, starting at 17:30 Nur-Sultan time. Online broadcast of the match will be available on the main page of our website.