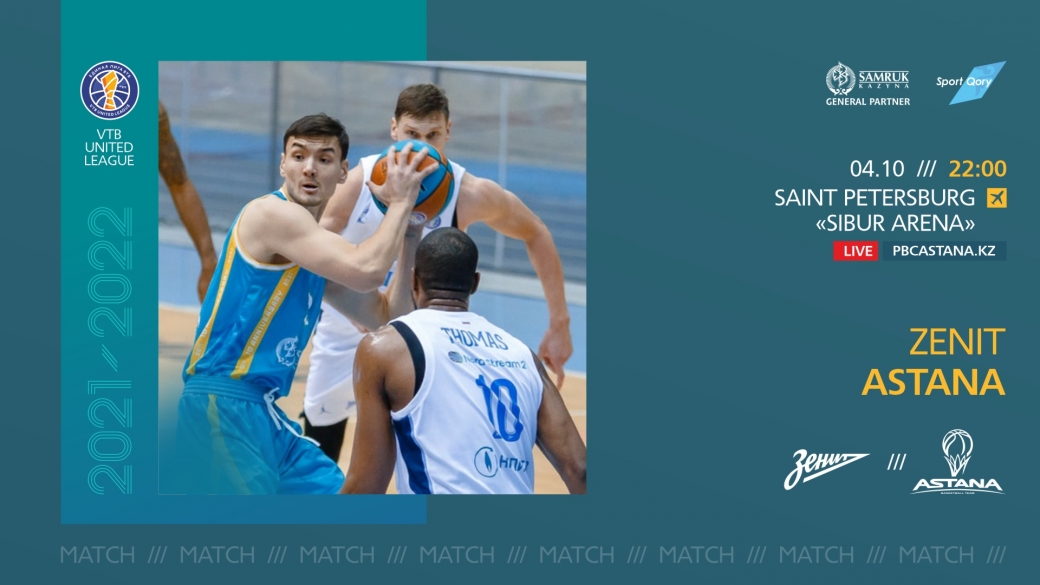 Having started this season in the National League and having won two victories over “Barsy Atyrau”, the basketball club “Astana” will start in the VTB United League. The semifinalist of the last season «Zenit» from St. Petersburg will be the first rival of the capital team. The match will take place in the northern capital of Russia on Monday October 4, starting at 22:00 Nur-Sultan time.

“Zenit” is a Russian professional men's basketball club from the city of St. Petersburg, founded in 2014. In addition to participating in the VTB United League, they play in the Euroleague. 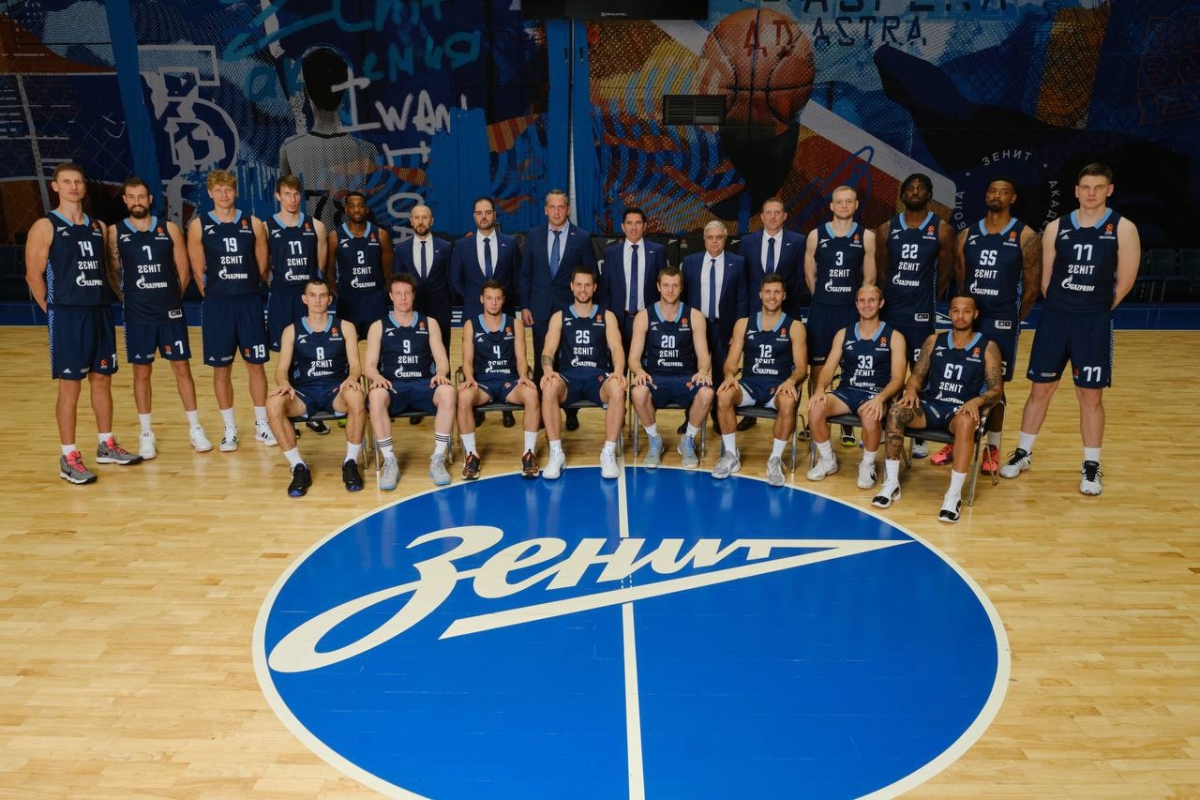 The St. Petersburg club have retained half of their roster from last season. In the offseason, American players Austin Hollins, Will Thomas, Tarik Black and Canadian Kevin Pangos had left the team, among the Russian players Vitaly Fridzon and Vladislav Trushkin had left, and Dmitry Khvostov moved to Nizhny Novgorod. At the disposal of the coaching staff of “Zenit” were Americans Billy Baron and Alex Poytress, Pole Mateusz Ponitka and Lithuanian Arturas Gudaitis. There are also five Russian players in the team — Denis Zakharov, Anton Pushkov, Andrey Zubkov, Igor Volkhin and Maxim Karvanen.

The St. Petersburg club was joined by five imports, four of whom are Americans and one Lithuanian. By the way, one of the newcomers is an NBA champion. American guard Jordan Mickey needs no special introduction — last season he was one of the leaders of “Khimki”. But all the other American players will make their debut in the VTB United League. Jordan Loyd is an American defender who started out in the NBA Development League with “Fort Wayne Mad Ants” and then moved to Israel for “Hapoel Eilat”. Lloyd then returned to the United States and joined the Toronto Raptors. He played on both the main team and the Raptors 905 farm team, and that season became the NBA champion with the Toronto team. Then there was the Spanish “Valencia” and the Serbian “Crvena Zvezda”, with which Jordan Loyd became the champion of Serbia and the winner of the Serbian Cup, as well as the champion of the Adriatic League. American guard Conner Frankcamp became the U-17 world champion with the US team. In his professional career, he managed to play for the Bulgarian “Bero”, the Greek “Rethymno Cretan Kings” and the Spanish “Murcia”. A guard Shabazz Napier has quite a lot of experience in the NBA. He played in the »Miami Heat”, “Orlando Magic”, “Portland Trail Blazers”, “Brooklyn Nets”, “Minnesota Timberwolves” and “Washington Wizards”. True, it should be noted that until the transition window takes place, he cannot play in the VTB United League. A Lithuanian shooting guard Mindaugas Kuzminskas is familiar to all VTB United League fans; he played for “Lokomotiv-Kuban” last season. Two experienced Russian players had joined “Zenit” in the offseason. A forward Sergei Karasev returned to the St. Petersburg team after two seasons at Khimki. A guard Dmitry Kulagin played for “Zenit” back in the 2014/2015 season. And now, after five seasons and playing for CSKA and “Lokomotiv-Kuban”, he returned to “Zenit”. The team also announced a young forward — Andrey Toptunov.

Head  coach: The coaching staff of the team from St. Petersburg remains unchanged for the third season in a row. The post of the head coach is occupied by the Spanish  Xavi Pascual, and his assistants are another Spanish, Iñigo Zorzano, the Greek Adamantios Panagiotopoulos and the Russian specialist Sergei Voznyuk.

Tournament position: If for “Astana” this match will be the first this season in the VTB United League, “Zenit” has already managed to play one game, beating the Estonian “Kalev”. Thanks to this victory, the Petersburgers occupy the third line, but this is only the beginning of the season, especially since the five teams have not played a single game yet. It is also worth noting that “Zenit” became the silver medalist of the VTB Super Cup in September, and on October 1 played a difficult but victorious game (+1) in the Euroleague in Kazan — against another participant in the VTB United League – UNICS.

Rival leaders: In the match against “Kalev” American Jordan Mickey was the clear leader of the team. Arturas Gudaytis, Mindaugas Kuzminskas and Andrey Zubkov showed themselves quite well. But in the recent game with UNICS in the Euroleague, the role of leaders was taken by the Americans Conner Frankamp, Billy Baron and Jordan Loyd.

Previous games: “Astana” and “Zenit” have met 13 times, and the St. Petersburg team is ahead of the Kazakh team with a score of 9: 4.

The match will take place on Monday 4 October in St. Petersburg at the Sibur Arena, starting at 22:00 Nur-Sultan time. Online broadcast of the match will be available on the main page of our website.

Detailed information about the tournament, standings, schedule and match results are published in the Tournament section on the website.