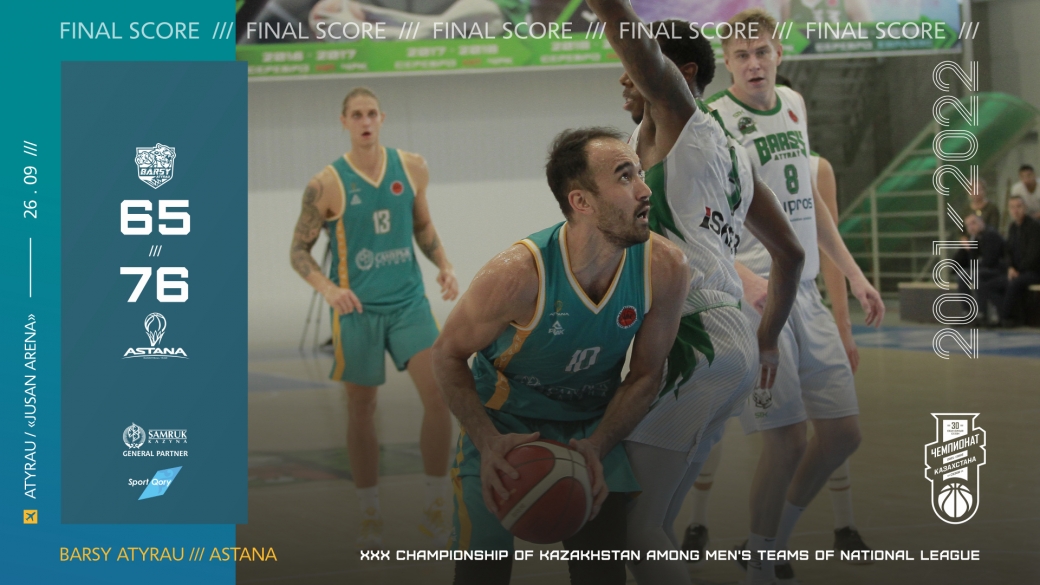 The second game of “Astana” in the National League season took place in the same place as the match the day before — in Atyrau. Our team was once again opposed by «Barsy Atyrau».

“Astana” won yesterday's match with a difference of more than 30 points and today our team was a favorite, but excessive self-confidence often plays against and the opponent cannot be underestimated. Darko Russo sent Mark Tikhonenko, Jaylen Barford and Anthony Hickey along with Kazakhstani players today exactly as the day before. So the starting five looked the same today as it did yesterday. In addition to Jaylen and Anthony, Nikolay Bazhin, Dmitry Gavrilov and Maxim Marchuk started the game.

Unlike yesterday's game, today the hosts were the first to open the score, but thanks to the efforts of Maksim Marchuk and Dmitry Gavrilov, “Astana” quickly went into the lead. However, “Barsy Atyrau” were not going to give up the game and had a great middle of the first period, and their lag of -6 points turned into an advantage of 6 points. Only Darko Russo was able to stop the rivals' push, who took a time-out just in time. After that, the capital's players turned the tide of the game, and the three-pointers from Hickey and Bazhin very quickly  balanced the game. “Barsy Atyrau” after our time-out did not score any points, and the final point in the game was put by Barford with his accurate three-point attempt -  17:23. At the start of the second quarter, the capital's players began to increase their pace, and after points from Dmitry Gavrilov, Anthony Hickey, as well as Vadim Shcherbak, our advantage quickly became double-digit. But then there was a goalless pause for more than five minutes for our team, and during this time our rivals practically equalized the score and were only one point behind. Robert Pan interrupted the goalless pause of “Astana” with his three-pointer, and these were the last points of the entire first half — 31:35. 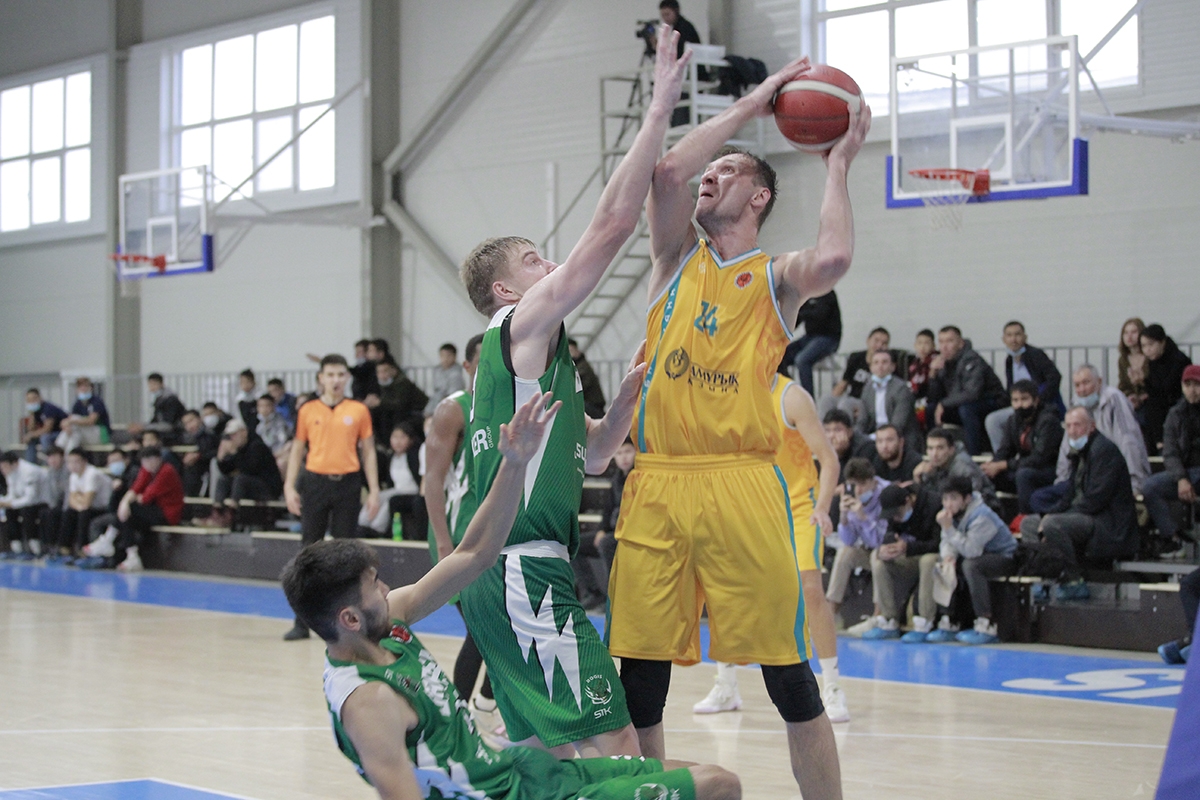 After fifteen minutes of rest, “Astana” was ahead of the rivals by only 4 points, and this was an extremely unstable advantage. After points from Barford and Gavrilov, the capital's team approached a double-digit advantage. But “Barsy Atyrau” did not allow our team to get a big lead. Despite the fact that “Astana” achieved a double-digit advantage, the hosts put on pressure and acted quite successfully. Towards the end of the third period, there was no trace of the advantage of “Astana” and the score on the scoreboard was equal. And yet the last points in this quarter remained with our players — Anthony Hickey converted a long-range shot, while Robert Pan earned a foul on himself and got the right to free throws. As a result, before the final ten minutes, the score was — 51:55. At the start of the fourth quarter, «Barsy» tried to catch up, and the difference was reduced to only two points, but then Anthony Hickey and Mark Tikhonenko organized an important breakthrough and after their successful attacks, as well as points from Dmitry Gavrilov, the capital's handicap reached 14 points, which made the rest of the match more comfortable. “Barsy” could not recover from the breakthrough of our team and could not significantly change the situation, and this match was successfully completed by the Americans Hickey and Barford. Today's match ended with a hard earned victory for “Astana” — 65:76.

Most productive:
Next match: On October 4, “Astana” will start in the VTB United League with an away match in St. Petersburg against the local “Zenit”. The next National League game is scheduled only for October 22 taking place in Kostanay against “Tobol”.