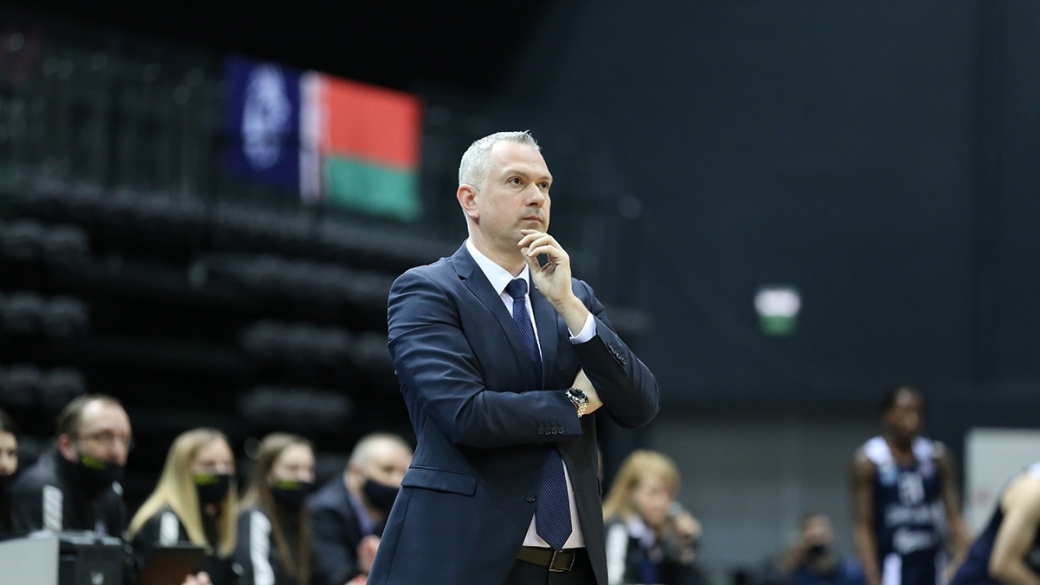 Emil Rajkovic: «I am very lucky to get to know many good people in Kazakhstan»

Together with the 10th anniversary season of the basketball club «Astana», the three-year cooperation with the head coach came to an end. In an exclusive interview with the club's press service, Emil Rajkovic spoke about the reason for his departure, summed up the results of three seasons of work at the club and shared his impression about Kazakhstan.

- The most important question that interests everyone — has the contract termination with the club already finally decided upon yet? If so, what are the main reasons for your decision to leave Kazakhstan?

- We can say that this decision was inevitable, because after three wonderful years spent in Kazakhstan, my family and I want to return to Europe so that our daughters continue their studies in Macedonia.

- Let's summarize the overall results of the three seasons of your work in the club.

- The first season gave me the greatest impressions and was undoubtedly the most successful. We won the Kazakhstan Cup, the National League, and also showed the best result in the history of the club in the VTB United League. In addition, I received the award as the best coach of the season in the VTB United League, but I do not consider this a personal achievement. This is a common merit and pride for the club because we won a lot of games against strong opponents and this will forever remain in the history of «Astana». The 2019/2020 season was full of ups and downs, but first of all, I remember the early end of the season due to the coronavirus pandemic in March 2020. I am convinced that we could have reached the VTB United League playoffs if the season had not been interrupted. My debut as the head coach of the National Team was memorable as well, as the first qualification games for the Asian Cup were held in the new arena in Zhekpe-zhek Martial Arts Palace in an incredible atmosphere. Taking this opportunity, I would like to once again thank the National Basketball Federation for putting their trust in me! The 2020/2021 season turned out to be the most difficult. I believe that the restrictions in Kazakhstan related to COVID-19, as well as the limited budget of the club, largely influenced the fact that we were unable to work in the usual manner. The team's preseason training camp was hectic. In addition, our game schedule and flight itineraries were far from optimal, which greatly influenced the preparation for the games. On the other hand, we have confidently won the National League and the Cup of Kazakhstan, and our players have shown significant progress. Moreover, our National Team dominated the Asian Cup 2021 Qualification games held in Bahrain. The national team won with a crushing score over Palestine, although just a year ago, we managed to win only with a difference of three points. This shows that over the three years of my work, our Kazakhstani players have made significant progress and, of course, this is the biggest reason to be proud of. 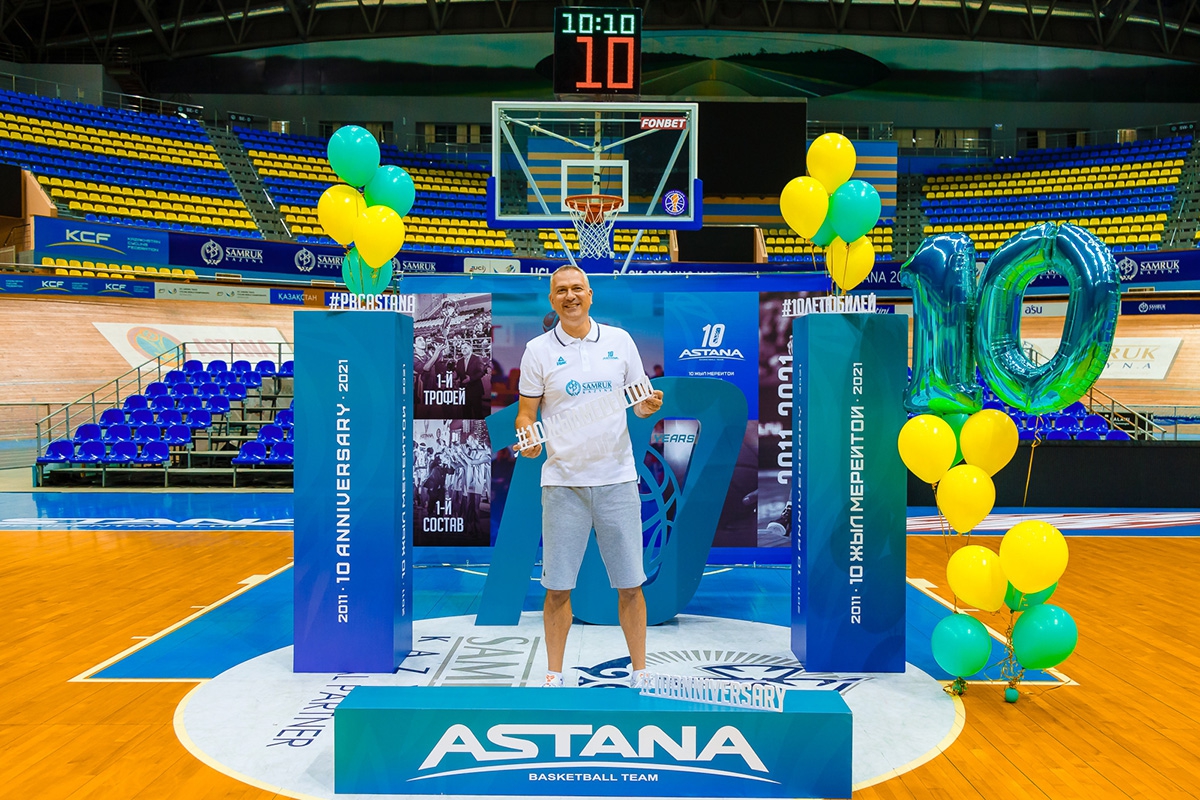 - One of the important achievements of your work with the club is the noticeable progress of Kazakhstani players. What guidance will you give them for the future?

- ​We worked with the guys for three years and developed a very close relationship with each other. After winning the Kazakhstan Championship, I told all the players that they have a friend who is always ready to help, and I really mean that. At the same time, all the players know what to work on because, I regularly gave them advice and prompts during games, trainings, video analyzes. Most importantly, I tried to influence the players in such a way that they adopt certain moral values ​​outside of basketball. I want them to be hardworking and honest, and also to follow the culture and spirit of winners that we created with them in their daily tasks and relationships in life. - After working for three seasons at the club, you became closely acquainted with Kazakhstani basketball and became well versed in it. What do you think is needed for the further development of basketball in Kazakhstan?

- I hope that the President of the National Basketball Federation Dimash Gabitovich Dosanov will continue to develop and promote basketball in Kazakhstan. Thanks to the successful organization of the games of the National Team under the auspices of FIBA ​​Asia, as well as the development of projects such as the Junior NBA and the Student League, he gave hope to many players in Kazakhstan that the development of basketball will continue at the proper level, following the example of more successful countries. In addition, I believe that basketball development requires a specialized arena with a capacity of 10,000 people, which will be home to the National Team and «Astana», which plays in one of the strongest championships in Europe. Also, Kazakhstan needs more qualified coaches in youth basketball and, of course, more basketball courts in all cities for the development of armature basketball. I sincerely hope that a large number of children playing basketball on various outdoor courts in the spring and summer will show the people responsible for certain decisions that the growth of basketball will continue as it is the second most popular sport in the world after football. Investing in the development of professional and amateur basketball is a good step towards becoming a healthy and competitive nation. - What are the brightest memorable events — not only sports?

- I was very lucky to meet many good people in Kazakhstan, and I think that we will remember our friendship for a very long time. I worked for three years in the wonderful team of the club, and I want to thank Valery Alekseevich Tikhonenko, the basketball legend, who gave me this opportunity. He always supported me in any situations and said that we learn a lot from each other. I am proud that after three years of work in the club, I truly consider Valery Alekseevich my friend. 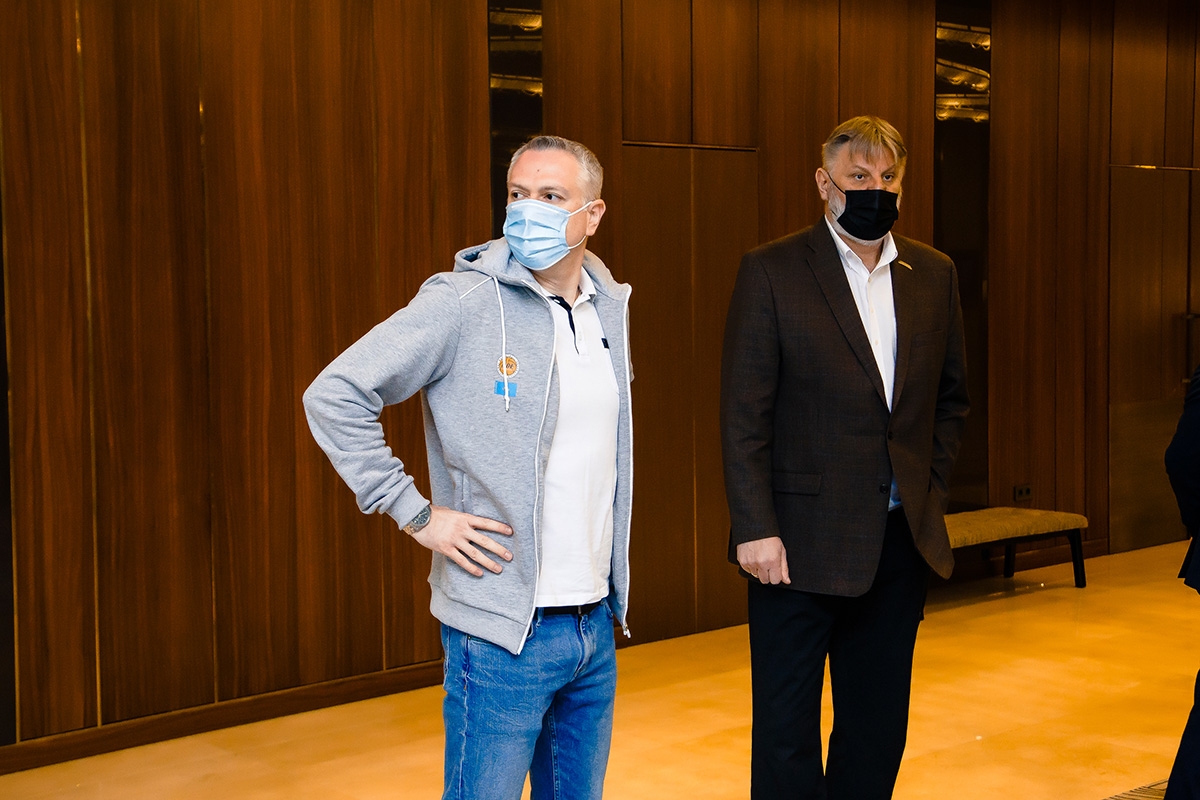 - What is your last wish to the fans of Astana?

- I wish our fans support our team not only after victories, but also after defeats, as real fans worry about the team no matter what. Our fans should know that Astana has one of the lowest budgets in the VTB United League and every victory is a real success. A big advantage of participating in the VTB United League is the game practice that Kazakhstani players get in matches with some of the best teams in Europe, thereby increasing their own level of play. Players progress noticeably and in the long term only those who defeat the best opponents become champions. Do not forget this! Emil Rajkovic is a former Macedonian professional basketball player. He began his coaching career in 2006 as a coach of the Macedonian club «KK Feni Industries» (2006 — 2013), also headed the coaching staffs of «KK Rabotnicki» from Macedonia (2013/2014) and the Polish «Slask-Wroclaw» (2014 — 2016) . He was awarded as a Coach of the Year four times in the Macedonian Championship between 2008 and 2014. In the Polish league, he was recognized as the «Best coach» for the last two years in 2017 and 2018. With the Macedonian team, KK «Feni Industries» won the Balkan League in 2011. In Europe, Emil Rajkovic is known as an unyielding and born winner. He is one of the plethora of new generation coaches from the former Republic of Yugoslavia who are predicted to have a great future. In addition to high coaching qualifications, he is an excellent motivator and is well versed in psychology.