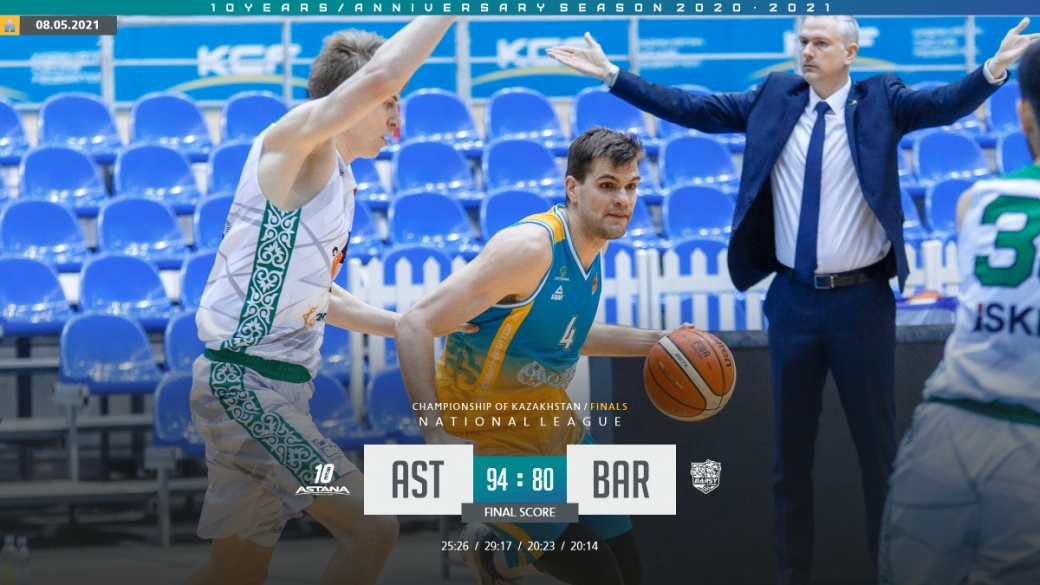 The basketball club «Astana» is only one victory away from the ninth champion title of the National League after the success in the second match of the final series.

The scoring in this game was opened by Askar Maidekin, who scored one goal from the free-throw line. The guests' response followed and they also scored one precise free throw and then took the lead. Ojars Silins brought the first points from the game to «Astana» and started the capital's spurt, which was supported by Maidekin and Hill. After a three-pointer from Jeremiah and seven points behind, the rivals took a time-out, thanks to which they were able to bring down the pace of our team. Emil Rajkovic's squat kept ahead, but the guests tried to establish balance and achieved this in the 8th minute of the first quarter. During this time, Ojars and Jeremiah again distinguished themselves by their performance. Until the end of the first ten minutes, the teams fought for leadership and took turns coming out ahead. Rustam Murzagaliev and Vadim Shcherbak both gained pints, and in the end Hill scored three free throws, nevertheless»Barsy Atyrau» won a quarter with a minimal advantage — 25:26. Anton Ponomarev quickly leveled the score in the second quarter, and then Silins and Hill organized another lead for our team. However, the gap between the teams was not large and at the equator of the quarter was only 4 points. Then Maxim Marchuk scored his first points in the game, and Anton Ponomarev made Astana's advantage double-digit. Until the end of the period, our guys kept the distance around 10 points, thanks to the efforts of Hill, Marchuk, and Maidekin, and the final score in the first half was set by Nikolay Bazhin — 54:43. 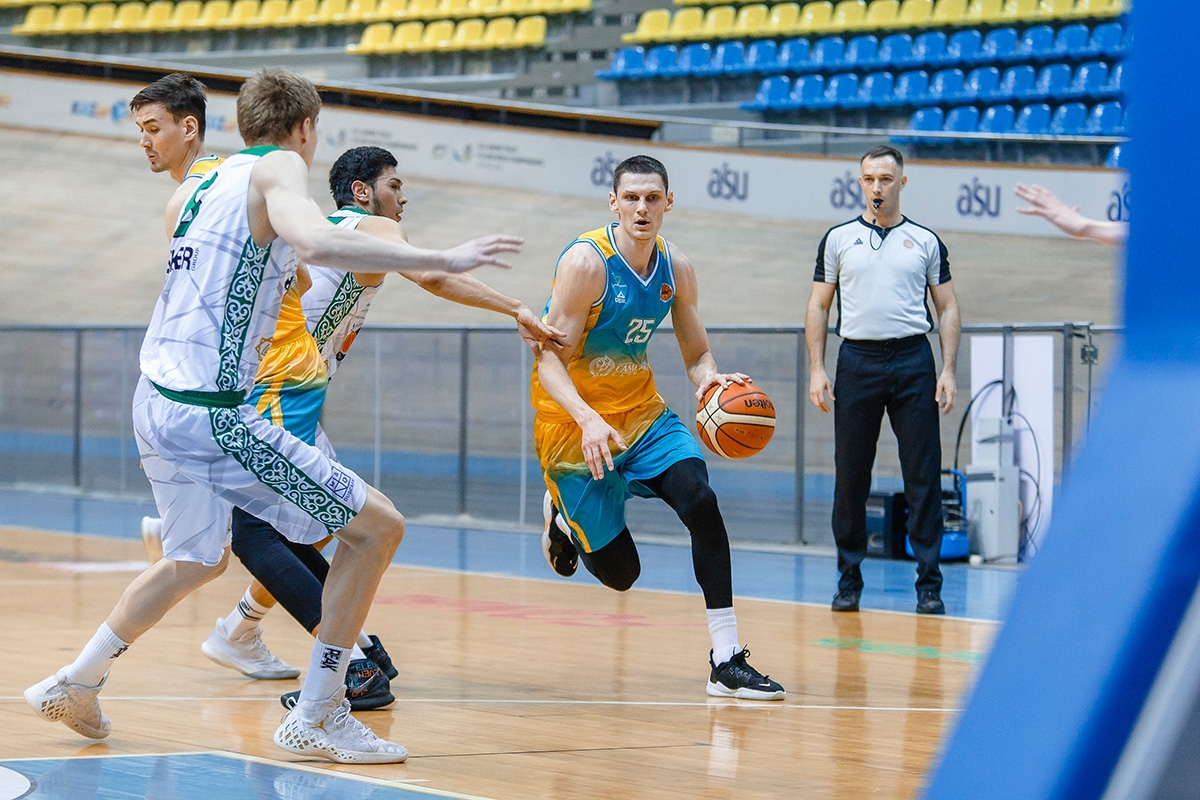 After switching sides and a small exchange of shots at the start, “Barsy Atyrau” reduced the gap to 5 points, but immediately received a response from Ojars — two exact three-pointers, and the difference again became double-digit. The capital's team kept the initiative in their hands, but they could not achieve full control over the course of the game. Jeremiah Hill was actively gaining points, and Robert Pan and Dmitry Gavrilov also opened their accounts in this game. «Astana» was in the lead before the final quarter, but the difference in the score was only 8 points — 74:66. At the start of the fourth quarter, “Barsy Atyrau” made an attempt to quickly close the gap and immediately reduced the handicap to 5 points. But already in the third minute of the period Askar Maidekin made the advantage of “Astana” double-digit again. With the points from Maxim Marchuk capital team pulled away with 10 points. Three minutes before the end of the match, the rivals were 9 points behind and the coaching staff of “Barsy Atyrau” took a time-out to make adjustments to the game of their players, but the Atyrau team did not achieve much success in this. By the end of the game, Ojars Silins and Jeremiah Hill gained additional points, and Dmitry Gavrilov also earned 4 points from the free-throw line. As a result, “Astana” won the second victory in the final series with a score of 94:80.

Consequences: «Astana» is just one step away from another championship title, and «Barsy Atyrau» imposed a strong competition but no longer have the right to make a mistake. The score in the series is 2: 0 in favor of «Astana».

Most productive:
Next match: The third and possibly final game of the final series is scheduled to take place in Atyrau on May 11, and the fourth game, if necessary, is to take place there on May 12. Both games are scheduled to start at 18:00 Nur-Sultan time. Live broadcasts of matches will be available on our home page and on our YouTube channel.