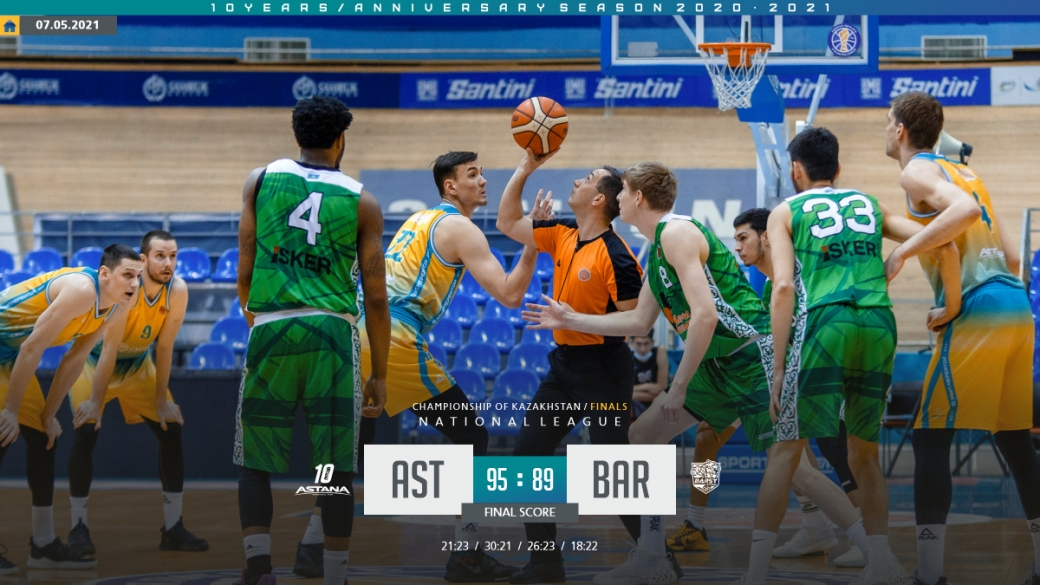 The first match of the final series of the National League remained with the basketball club «Astana». Our rivals competed well, but the capital team retained the initiative and became one step closer to the championship.

The jumping ball was won by the rivals, but the first points in the match remained with our guys — Jeremiah Hill opened the scoring with a realized throw from beyond the arc. Also, Hill scored two more free throws before the guests scored their first points. “Astana” by the middle of the first quarter was leading by 7 points, during this time Oyars Silins, Askar Maidekin, and Anton Ponomarev scored goals. After the ten-minute equator, the guests became noticeably more active, and our team had a goalless pause. “Barsy Atyrau” in 4 minutes not only made up for a lost time but also lead by five points. The effectiveness of «Astana» was revived by our captain Rustam Murzagaliyev, followed by Dmitry Gavrilov equalizing the score. However, the last accurate attack in the starting period remained with the Atyrau team, who ultimately were in the lead — 21:23. At the beginning of the second quarter, the guests broke away a little, but Jeremiah Hill quickly returned the initiative to “Astana”. In general, Hill was the undisputed hero of the first half of the second quarter, because in five minutes he managed to return and consolidate the advantage of our team, gaining 14 points. The points of Maxim Marchuk, Oyars Silins, and Vadim Shcherbak were just in time, and the difference in our favor reached 12 points. The guests managed to stop the spurt of our team, but they could not significantly reduce the gap. Silins, Hill, Maidekin, as well as Robert Pan with their points, supported our advantage in the range of 10 points, but the teams left for the big break with a difference of only 7 points — 51:44. 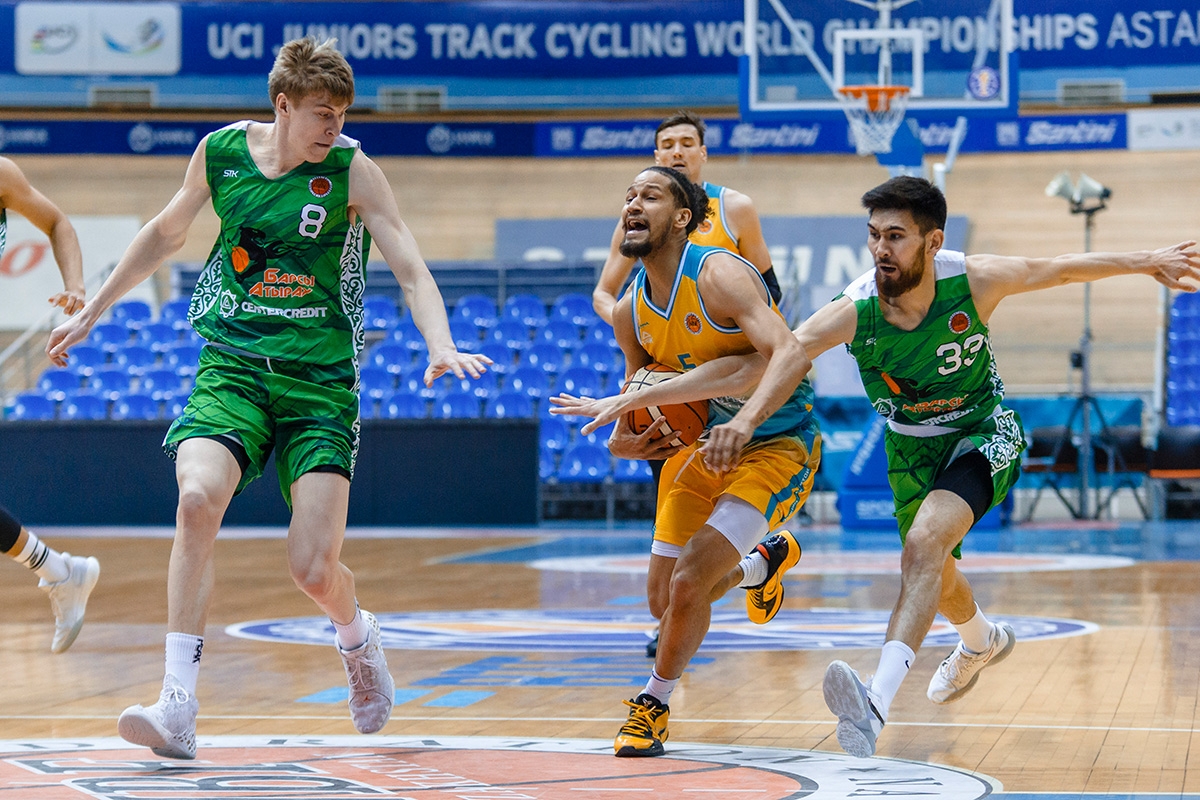 After the side change, our guys again began to actively press. “And One” was implemented by Askar Maidekin, followed by Maxim Marchuk. Bazhin and Silins supported the attack of the yellow-turquoise ones with their points, and Jeremiah Hill scored 6 points and all this in three minutes of the third period. The advantage of the capital team exceeded 20 points, but in the middle of the period, “Barsa Atyrau” were able to slightly turn the tide of the game and began to reduce the gap. As a result, the guests reduced their gap by more than two times by the end of the quarter. The difference before the final quarter was 10 points in favor of “Astana” and in the fourth quarter, a difficult struggle was ahead, as our rivals were clearly determined to try to get the victory in this game. “Barsy Atyrau” proved their intentions in the first half of the fourth quarter, when they began to rapidly reduce the gap, while only an accurate shot from beyond the arc from Oyars Silins brought our team points. Closer to the middle of the final game segment, the intrigue intensified as much as possible — the teams were separated by only one point. The capital's basketball players were the first to take decisive action — Nikolay Bazhin scored 6 points in a row, and Askar Maidekin and Rustam Murzagaliev supported our lead. “Astana” for two and a half minutes before the end again achieved a much more comfortable double-digit advantage. Nevertheless, “Barsy Atyrau” did not give up and tried to use all their chances in the end to close the gap. 30 seconds before the end, the guests were losing only 4 points, but our team insisted on their own, and Jeremiah Hill, who became the leader of the match, set the final score — 95:89.

Consequences: Astana won this game, but Barsy Atyrau showed themselves and put up worthy resistance. Thus, the capital's team led in the final series to three victories with a score of 1: 0.

Most productive:
Next match: The second game of the final series will take place tomorrow, May 8, and will also take place at the home court of «Astana», beginning at 15:00 Nur-Sultan time. Online broadcast of the match will be available on the home page of our website and on our YouTube channel.