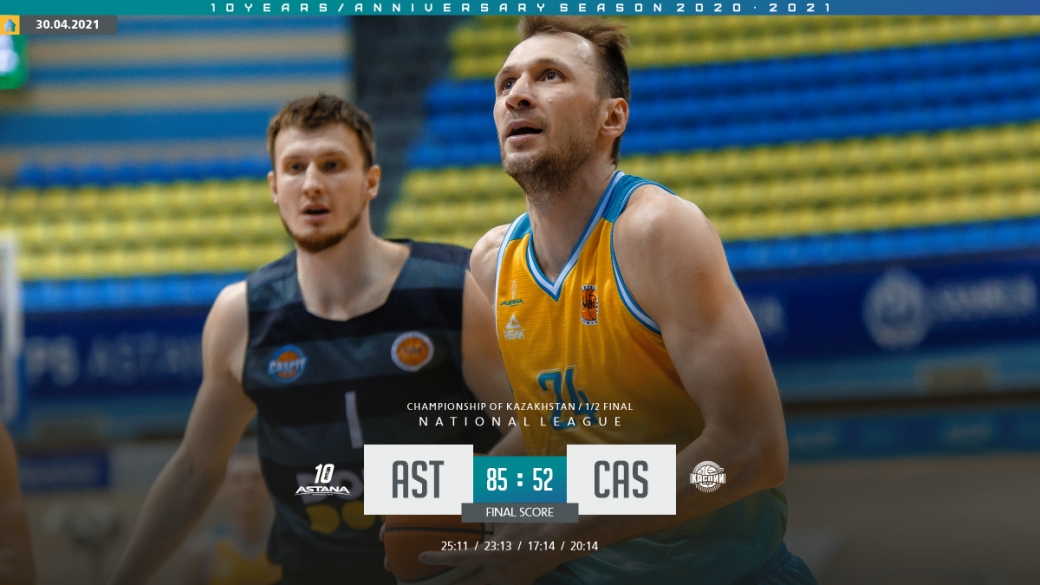 The rivals of the basketball club «Astana» return to Aktau with three defeats, and our guys enter the final of the National League!

Our Ojars Silins became the first to score points in this game. For most of the first period, only two players of our team scored points, except for Ojars, Maxim Marchuk scored. In 6 minutes of the game, Ojars scored 7 points, and Maxim chalked up 8 points. Meanwhile, “Kaspiy” was able to score a goal to our team two minutes after the start of the game and tried to impose a struggle, but after a successful attack by Vadim Shcherbak, the difference became double-digit. Until the end of the first ten minutes, Nikolay Bazhin, Rustam Murzagaliyev, and Dmitry Gavrilov added points to Astana's account. As a result, our team won 14 points after the first ten game minutes — 11:25. The dominance of “Astana” continued in the second quarter, while “Kaspiy” lagged more and more every minute. For the first half of the quarter, our guys scored points from the game exclusively from behind a free-throw line, not counting a couple of effective points from Gavrilov and Shcherbak, which were taken from the penalty line. Robert Pan and Ruslan Aitkali realized their long-range shots, and Anton Ponomarev chalked up three three-pointers at once. The capital's advantage by that time had already reached 20 points by the middle of the period. Before the big break, Maxim Marchuk and Askar Maidekin brought two points each, and Jeremiah Hill also earned his first points in the game. At the end of the first half, “Kaspiy” was already well behind our team, losing twice — 24:48. 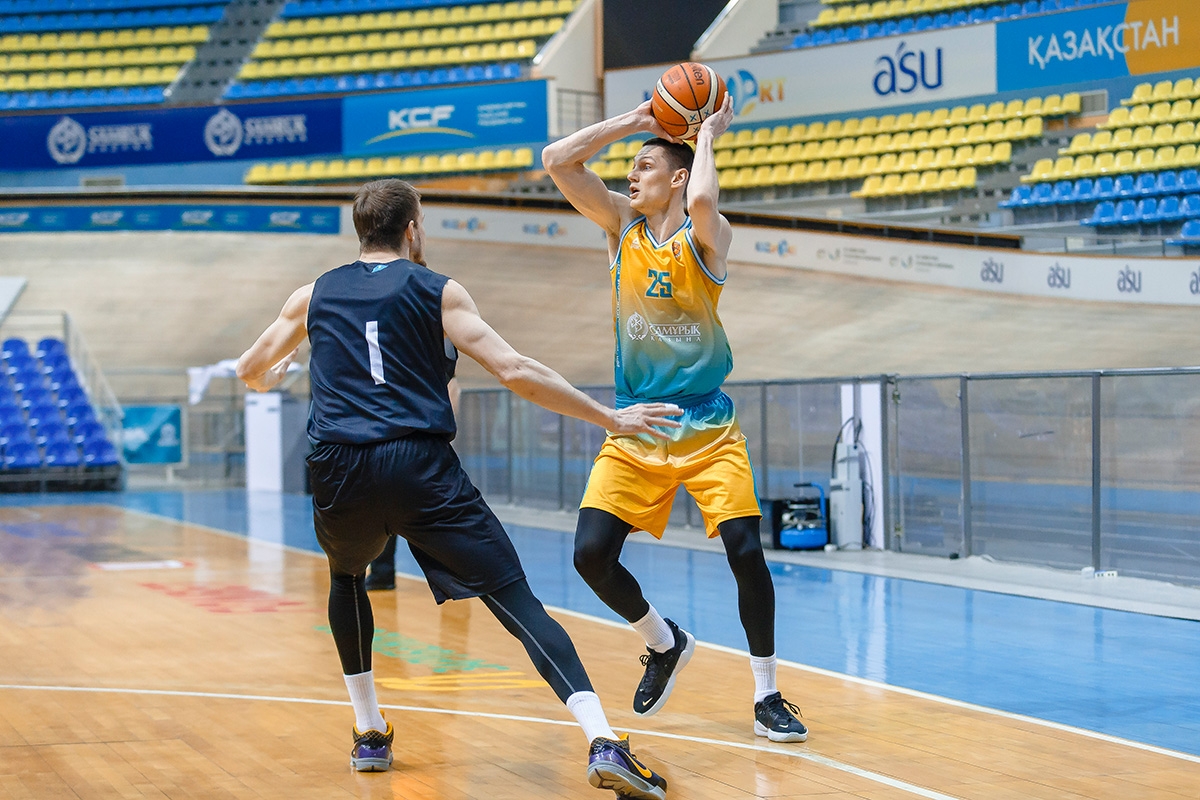 The first half of the third period was very unsuccessful for our rivals, they could not make out our defense and score points. Only closer to the middle of the period, the Aktausians finally managed to successfully implement the attack. All this time our guys confidently raided the rivals' ring. The main irritant for the Aktau players at the start of the third period was Robert Pan. Nikolay Bazhin, Rustam Murzagaliev and Jeremiah Hill also took part in the scoring of points from our team, and the Astana handicap reached 35 points. In the second half of the third period, after a time-out from the “Kaspiy” coaching staff, our team had some difficulties in almost five minutes, our team's score increased by only three points. “Caspian” was able to win back part of the gap, but before the final quarter was losing 27 points — 38:65. If you look at the two previous games in the series, it should be noted that then the advantage of “Astana” after three quarters was 27-28 points. Thus, in the third match, Astana repeated its success, and, of course, it was expected that the fourth quarter would not bring problems to our team. Our players confidently kept the initiative in their hands and five minutes before the end of the game the advantage was 30 points. The ending went smoothly and “Astana” confidently moved towards the victory in this game and the entire semifinal series. At the last minute, Andrei Litvinenko scored the points, thus in this game all our players mde effective points, and the team won a landslide victory with a final score of 52:85.

Most productive:
Next match: The first matches of the final series are scheduled for May 10 and 11 in Nur-Sultan, and the rival of our team in the decisive battle for the championship title will be determined by the results of the second semifinal series between «Tobol» and «Barsy Atyrau».