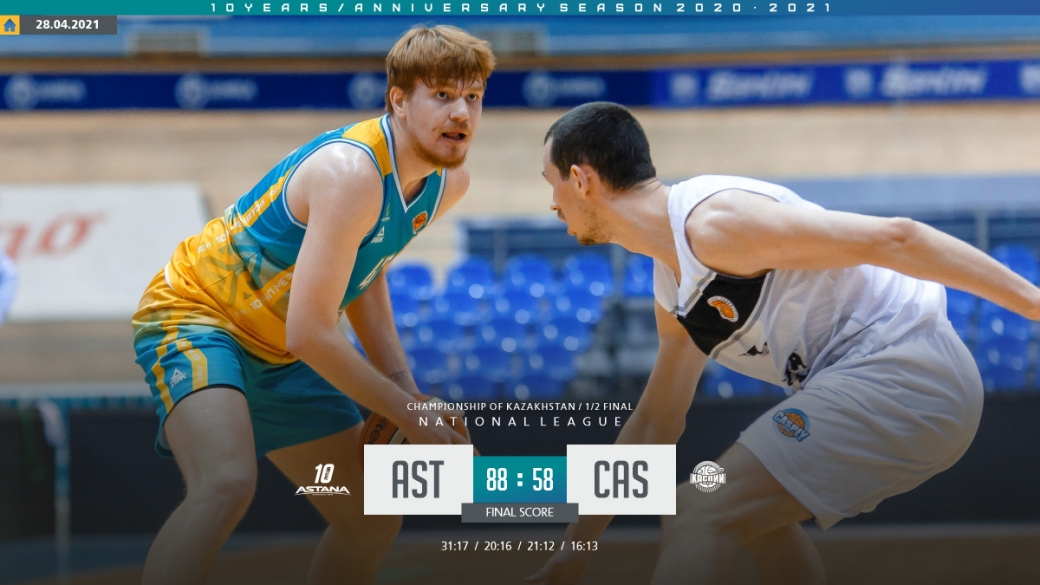 There is only one victory left before the National League final! Today the basketball club «Astana» again left no chances to the rivals from Aktau in the second semifinal match.

As in the game the day before, our players opened the score in the match, Maxim Marchuk earned the first points for his team. However, today “Kaspiy” was more effective from the start and immediately responded with an accurate long-range throw, pulling ahead. Our guys reacted quickly and regained the lead, but “Kaspiy” was going neck and neck. During this time Jeremiah Hill and Robert Pan scored points, and Ruslan Aitkali put two three-pointers in a row. In the middle of the quarter, Astana's advantage was five points. Until the end of the quarter, the good performance of our team was preserved, plus the game in defense improved, as a result of which “Kaspiy” began to lag behind. The difference between the teams quickly became double-digit, and as a result, “Astana” won 14 points of advantage in the first 10 minutes of the game — 31:17. The first attack in the second quarter remained with “Kaspiy”, which won back 4 points of lag in the first minute. After that, a three-point exchange took place, in which Ponomarev and Shcherbak took part from our side, but in the end, the difference of 10 points remained. Then our guys regained the advantage of 14 points, and at the end of the quarter, Dmitry Gavrilov scored his first points in the game, thanks to which the distance between the teams reached 18 points. It was with a margin of 51:33 that Emil Rajkovich's wards left for the big break. 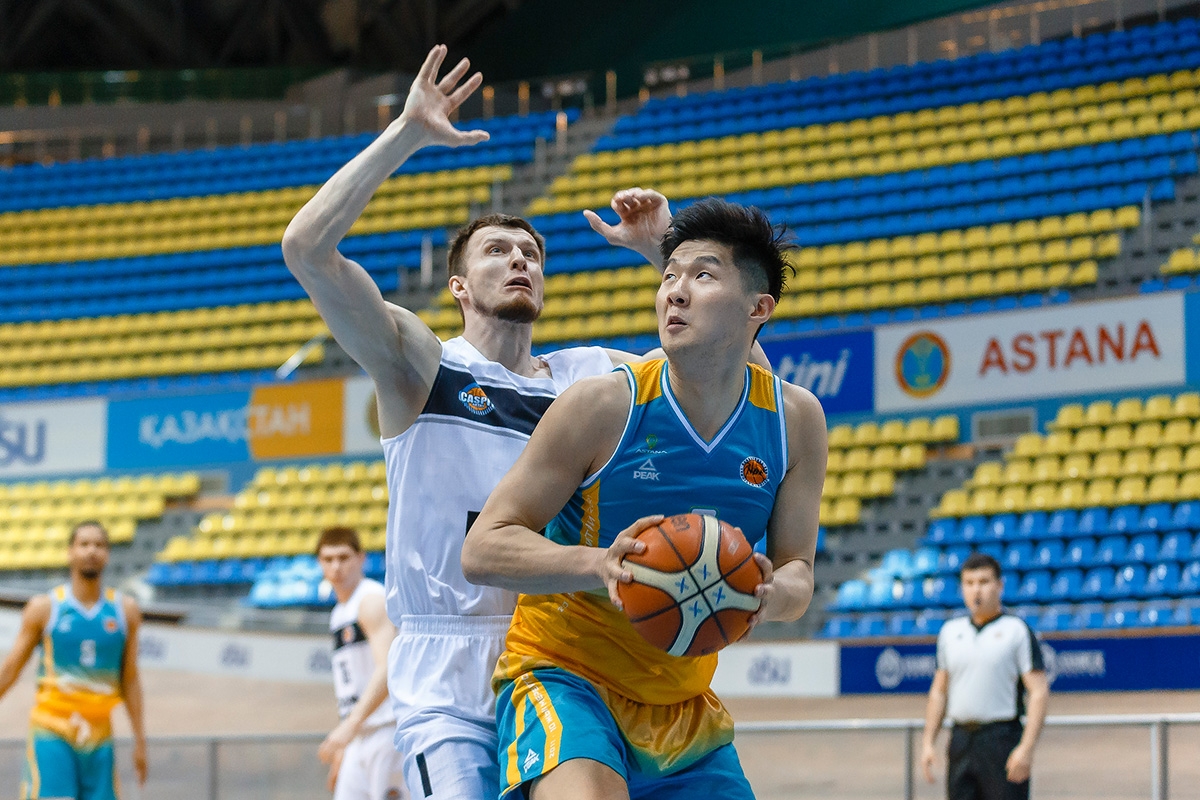 In the third quarter, the opponents also opened the score — Roman Marchuk scored his three-point shot. But soon there was a response from our team, or rather from Roman's brother, Maksim Marchuk, who scored 6 points in a row. The spurt of “Astana” was supported by Jeremiah Hill and Askar Maidekin, who scored 8 points in less than three minutes. 4 minutes before the end of the quarter, our advantage had already exceeded 30 points, but the opponent was able to interrupt the five-minute goalless pause. Until the end of the third period, the Aktau team played much more confidently than in the first part of the quarter and they were able to win back part of the gap. But before the final ten-minute “Kaspiy” lagged behind by 27 points with the score — 72:45. The difference was more than comfortable, but perhaps it relaxed our team — in five minutes of the game, Gavrilov scored 4 points and Rustam Murzagaliev scored 2 points. It is true that «Kaspiy” during this period of time was able to score only 6 points, so five minutes before the end, the difference was the same as at the beginning of the fourth quarter — 27 points. In the last five minutes, our guys brought the game to another major victory. Vadim Shcherbak, Anton Ponomarev, Nikolay Bazhin, and Jeremiah Hill, who added another 3 points to our advantage, contributed with effective points, and «Astana» eventually prevailed over «Kaspiy» with a difference of 30 points — 88:58.

Consequences: «Astana» is one win from the final series.

Most productive:
Next match: After a day of rest, on Friday, April 30, our guys will play the third and possibly the final 1/2 final match against «Kaspiy», starting at 19:30 Nur-Sultan time.