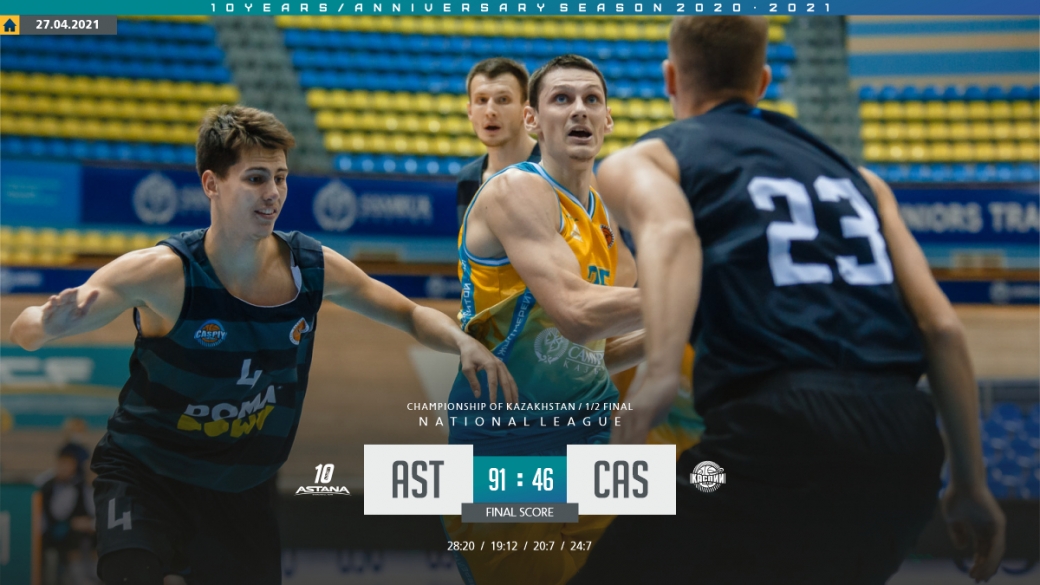 Basketball club «Astana» started the semifinal series of games in the National League against «Kaspiy» with a confident victory.

In the very first attack, our captain Rustam Murzagaliev opened the scoring with a three-pointer “and one”. And in the first minute, Maxim Marchuk and Ojars Silins supported him with their points. The rivals' coaching staff had to take a time-out to stop Astana's breakthrough, and only after that, «Kaspi» opened their scoring in the game. Further, in our teams, the attacks were implemented by all the same Murzagaliev, Silins, Marchuk, as well as Dmitry Gavrilov, but the opponents also acted very confidently. “Kaspiy” gradually reduced its lag and even took the lead four minutes before the end of the period. Now our team was forced to take a time-out, and the one-minute break changed the course of the game. By the end of the quarter, Vadim Shcherbak, Anton Ponomarev, Nikolay Bazhin, and Andrey Litvinenko opened their personal scoring accounts, and our advantage increased to 8 points — 28:20. The first half of the second quarter was played more evenly. During this time, besides Shcherbak and Silins, Askar Maidekin and Ruslan Aitkali scored productive balls, but our advantage in five minutes increased by only two points and amounted to ten. Before the end of the first half, the difference between the teams increased by another five points. The difference of 15 points after two quarters was quite comfortable, but one hundred percent confidence in the victory with a score 47:32 has not yet been achieved. 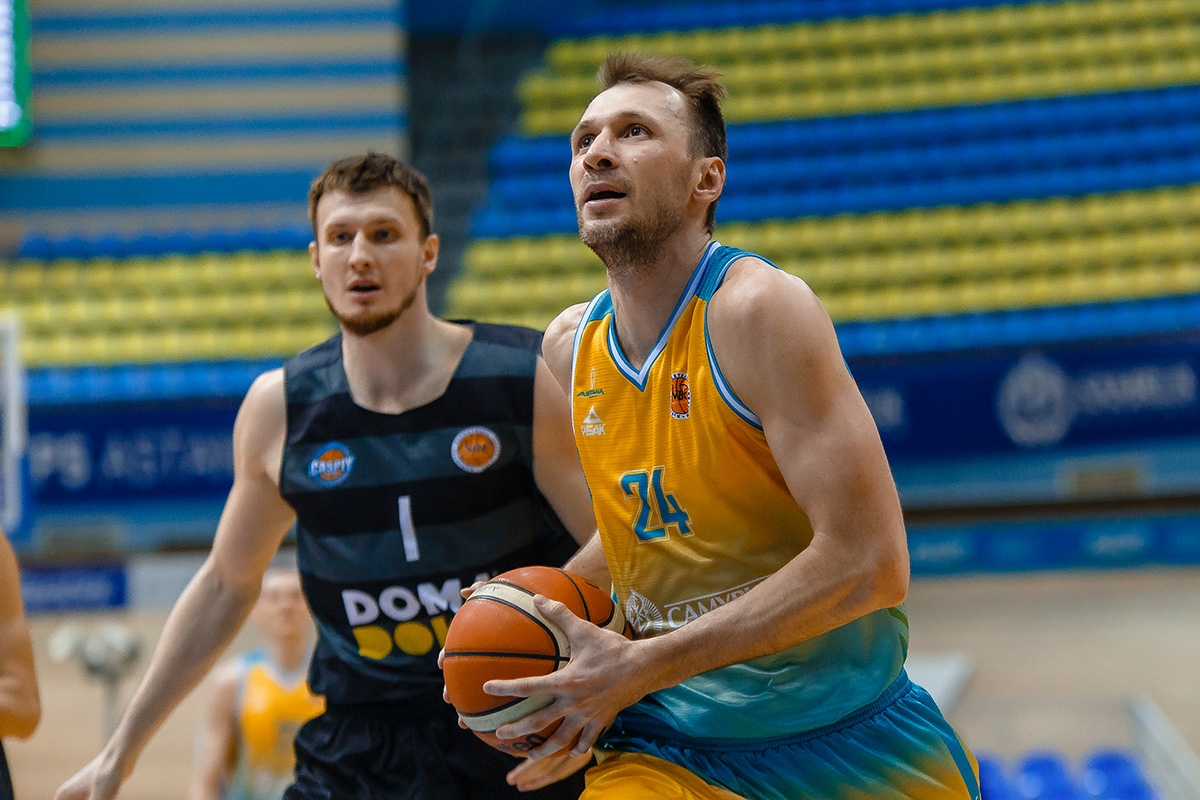 After a long break, the hosts rushed forward and our advantage very quickly reached twenty points and exceeded this figure. Our opponents did not play well, and the “Kaspiy” coaching staff had to take a minute break once again. But the time-out did not help the rivals and “Astana” confidently increased it. Immediately after the equator of the quarter, Astana's handicap reached 25 points, and as a result, before the final quarter, our team was confidently leading by 28 points — 67:39. In the third period, Maxim Marchuk and Askar Maidekin scored six points each, and Robert Pan also scored the first points. Almost thirty points behind did not leave our rivals any special chances to win, especially since they were able to score only 7 in the third quarter. In the last ten minutes, “Kaspiy” was no more productive than in the previous period and was able to earn only seven more points. But our players completely dominated the court and actively earned points, half of which were obtained from a long distance: Silins scored twice, Andrey Litvinenko scored one accurate point, and Askar Maidekin scored three, adding it to his accurate attempt from a medium distance. In addition, Ruslan Aitkali, Maxim Marchuk, and Anton Ponomarev distinguished themselves from the game with accurate throws, and Dmitry Gavrilov scored points exclusively from the free-throw line. As a result, “Astana” won a major victory — 91:46.

Consequences: “Astana” confidently took the lead in the semifinal series, but before reaching the final, our team has to win two more victories.

Most productive:
Next match: Tomorrow, on April 28, the capital's team will play the second match of the semifinal series against «Kaspiy». The next game will also take place at the home court of our team, starting at 19:30 Nur-Sultan time.