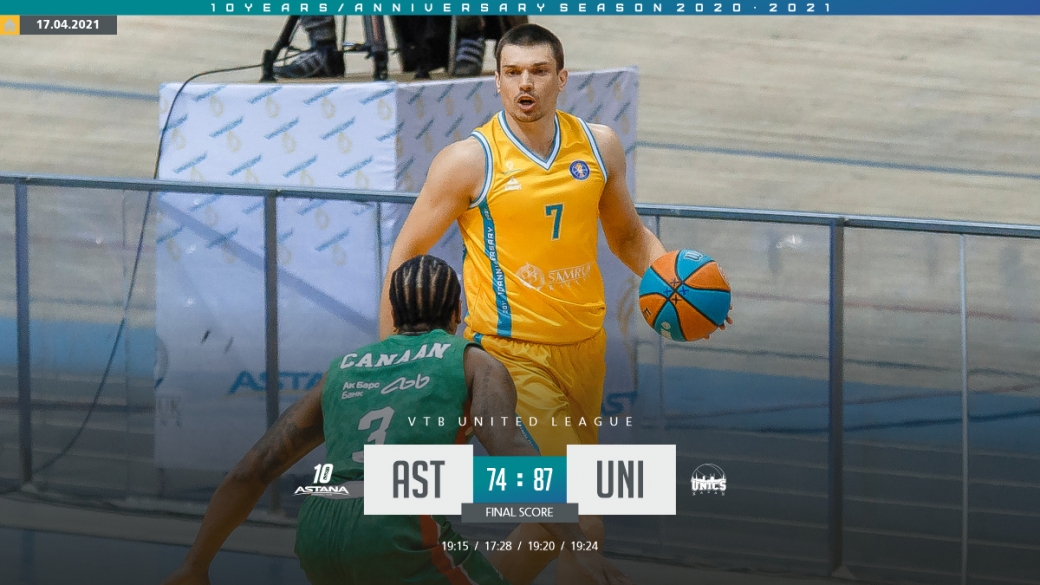 «Astana» lost to UNICS at home

The home game against Kazan UNICS the capital“Astana” played in the absence of key team members, both in the coaching staff and the players who missed the match for health reasons. But even in this difficult situation, our team gave a worthy fight to one of the leaders of the VTB United League.

The guests from Kazan won the jump ball and opened the score with an accurate three-pointer in the very first attack. “Astana” also did not linger and Eric Buckner immediately rehabilitated himself for a lost jump ball with an accurate throw from an average distance, he also brought his team forward for the first time. Then a full-fledged competition began, in which Jeremiah Hill, Eric Buckner, Ruslan Aitkali and Anton Ponomarev distinguished themselves by effective actions on the part of our team. After two points from Hill 4 minutes before the end of the first quarter, which again brought our guys forward, the teams took a break in scoring. Only a little over thirty seconds before the end of the period Jeremiah interrupted this pause, and, as it turned out, these were the last productive points in the quarter — 19:15. At the start of the second quarter, Nikolay Bazhin made an excellent interception, and Ojars Silins scored his first points in the match with a throw from beyond the arc. UNICS tried to restore balance to the game, but experienced difficulties with this, created by the capital's team. The main contribution to the retention of the initiative was made by Maxim Marchuk with his effective actions. However, this did not save our leadership and the guests managed to get ahead to the equator of the second period. Now our team has taken on the role of catching up and, unfortunately, the points of Buckner, Hill and Ponomarev could not regain control over the situation. The last two effective attacks in the first half of the match remained with the guests, and the teams left for the break with the score — 36:43. 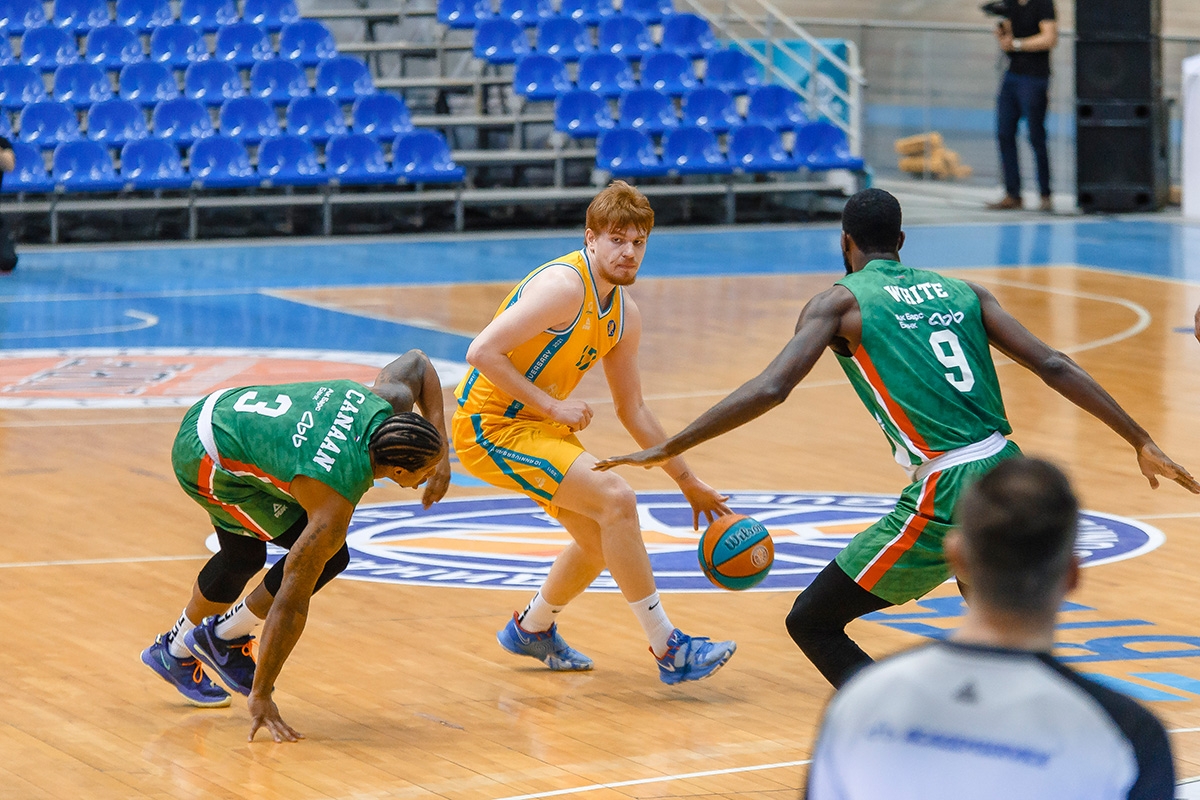 In the second half, the Kazan team scored the first points, but immediately received a three-point response from Anton Ponomarev, who today tried on the captain's role. After that, the guests confidently went ahead and Ojars Silins's accurate three-pointer did not save our team from the first double-digit lag in this game. Nikolay Bazhin made his contribution to rectifying the situation, he played well twice in the paint and reduced the gap between the opponents to six points. However, the rivals were quickly able to regain a comfortable gap. Jeremiah Hill and Maxim Marchuk became the heroes of the next minutes of the game. First, the guys organized a spectacular alley-up — Maxim Marchuk from Hill's pass created not only one of the brightest moments of the match, but, possibly, will get into the top of the entire league this week. Then Maxim was accurate from an average distance, and Jeremiah converted a three-pointer. The difference from -12 was reduced to -5, to which the Kazan coaching staff responded with a timeout. Until the end of the period, Hill and Marchuk organized another alley-up, not so spectacular, but most importantly effective. As a result, the lag of “Astana” before the final quarter is not critical — 55:63. The start of the final ten minutes turned out to be not the most successful for Astana, and the Kazan advantage again exceeded 10 points, but our players continued to struggle. Hill and Maidekin brought the team points, and the difference was again reduced to 8 points. The key moment in the game happened when our team missed the rivals' spurt and was losing 15 points five minutes before the end of the meeting. After the equator of the quarter, points were actively scored by Ojars Silins and Jeremiah Hill, but this did not greatly affect the difference in the score, which after the final buzzy was fixed at the disappointing mark for «Astana» — 74:87.

Consequences: UNICS has strengthened its position on the second line in the standings of the regular season, and “Astana” remains at the 12th position.

Most productive:
Acting head coach of «Astana» — Sasho Todorovski:
- We had a chance in this game against a serious and strong opponent. I hope the coaching staff will return in full strength in the next game. Congratulations to UNICS on the victory and successful performance in the Eurocup.

UNICS head coach — Dimitris Priftis:
- This was a very important game, especially after our successful performance in the Eurocup, and we needed to control our emotions in all seriousness to the game. At the same time, “Astana” had problems, as the coaching staff and several players were absent. In general, we played well, except for the first quarter. But gradually we adjusted our game, especially in attack, and achieved victory. We have three VTB League games left and we will try to win them.

Next match: Next, the capital's team will have to play twice previously postponed home match against the Polish «Zielona Gora», which is scheduled for April 22.