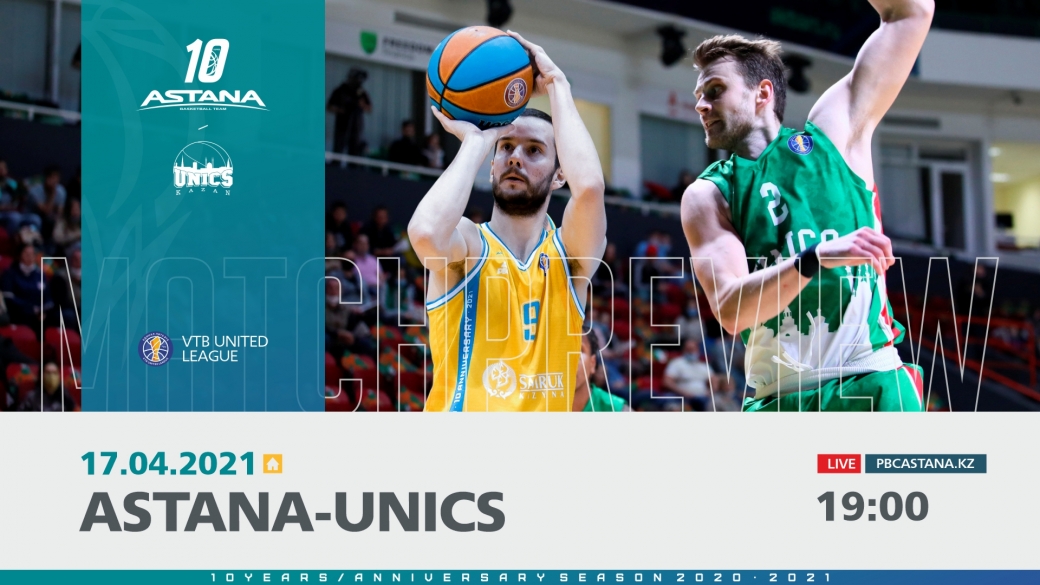 UNICS Kazan will be the first guest of the «Astana» basketball club at the finish line of the VTB United League regular championship. The game will take place on Saturday, April 17, starting at 19:00 Nur-Sultan time.

UNICS - is a Russian professional men's basketball club from Kazan, founded in 1991. In addition to participating in the VTB United League, they in the Eurocup. 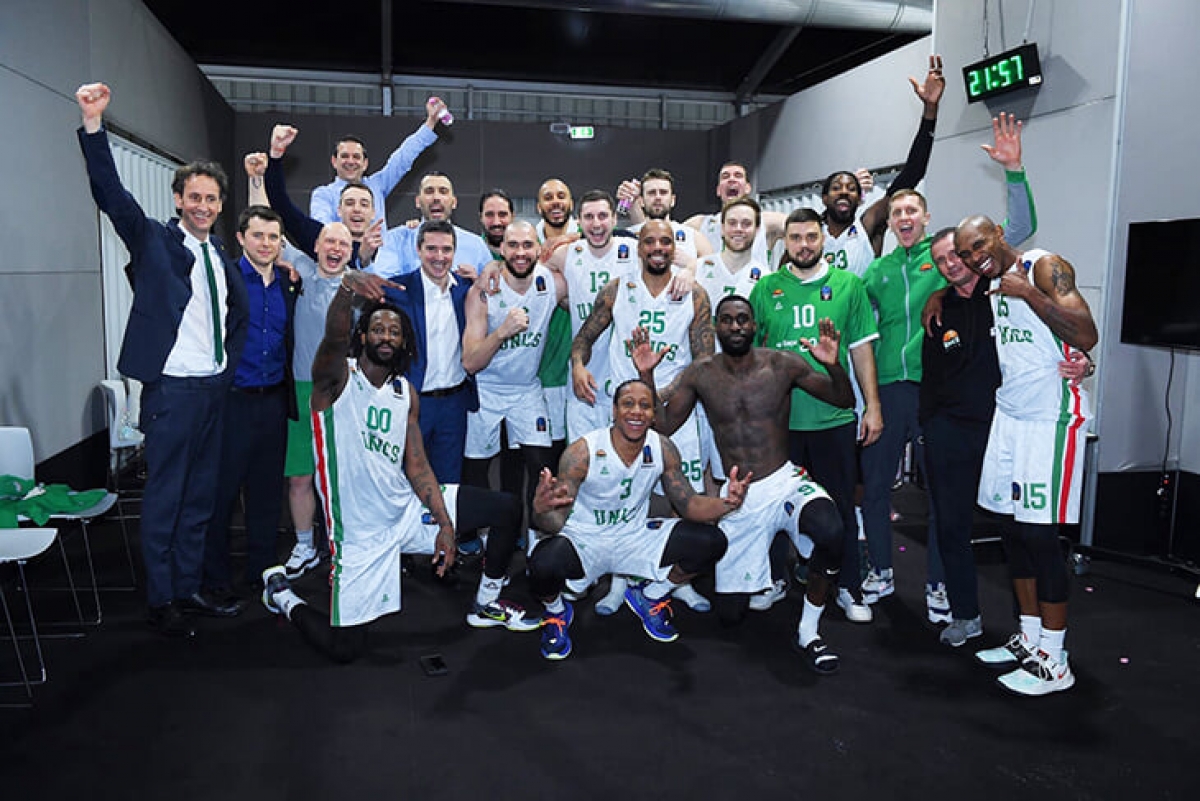 Our team met with UNICS at the beginning of the season on October 3, then Kazan team won a confident home victory. Since then, UNICS has held 19 games, 8 of which took place before the New Year. The team performed with mixed results during the first half of the season, winning half of their games. At home, Kazan beat “Yenisey”, “Khimki”, “Kalev” and “Tsmoki-Minsk”, but lost to CSKA, and on the road, their game was definitely not going well, they lost all three away matches — “Lokomotiv Kuban”, “Zielena Gora ”And“ Zenit ”. After the New Year, UNICS improved significantly, winning 10 matches in a row. It all started with a major victory over «Avtodor» and taking an act of revenge against «Zielena Gora», then there was the first away victory of the season, in the match with PARMA. Also on the road, they overplayed «Khimki», «Nizhny Novgorod», «Tsmoki-Minsk» and «Avtodor». At home, Kazan was able to take important revenge in the match with the leader of the tournament — “Zenit” and left no chances for “Nizhny Novgorod”, and on the road, “Kalev” did not have any special chances. Only CSKA was able to interrupt the victorious procession of UNICS in the last game.

UNICS with fifteen victories in twenty games is on the second line and the issue of reaching the playoffs has been resolved for them a long time ago. They still have a chance to become the first at the end of the regular season, but for this they need to win all their remaining games, although this may not be enough. The result of the upcoming game will not change their standings, but it can strengthen the Kazan team on the second line. For “Astana” the playoffs this season are already unattainable, and the result of the upcoming game will also not change the position of the team in the standings. Now our guys are on the 12th line and in any case, they will not go any lower, but there are still chances to move up one or two positions, but for this, we need to get the most out of the remaining games.

Greek Konstantinos Kaymakoglu played only one game for UNICS this season and left the team on New Year's Eve. Russian player Yegor Kuleshov joined UNICS in December, but also entered the court only once and was recalled in March. In November, defender Jordan Theodore, an American with second Macedonian citizenship, who also spent last season for UNICS, joined the Kazan team. He started his professional career at Turkish «Antalya», followed by «Mets de Guaynabo» and «Hurricanes del Atlantico» from Puerto Rico. After that, he played in Turkish “Mersin” and French “Burg”. The following season, Jodan Theodor won the FIBA ​​Europe Cup with the German «Skyliners Frankfurt». After that, he won the Turkish Cup with «Banvit» and the Italian team «Olympia Milan». Then he was in the Greek “AEK”, with which he won the FIBA ​​Intercontinental Cup and became the MVP of that tournament. In addition, the Kazan team announced the young player Kirill Anoshin, but he has not yet participated in the games.

The undisputed leaders of the team are Americans Isaiah Kanan and Jamar Smith, and John Brown and Jordan Theodore also have an excellent season. Nate Walters has impressive statistics but has not appeared on the site in the VTB United League for over a month. In addition, the Americans Okaro White, Jordan Morgan, and John Holland are doing an excellent job. Of the Russian players, the coaching staff constantly engages Evgeny Kolesnikov, Dmitry Uzinsky and Georgy Zhbanov.

The match will take place on Saturday, April 17 in Nur-Sultan at the arena of the Republican cycle track «Saryarka», beginning at 19:00 Nur-Sultan time. The online broadcast of the match will be available on our website in the Match Center section, and the recording of the game will be broadcast on the QazSport TV channel at 23:00.