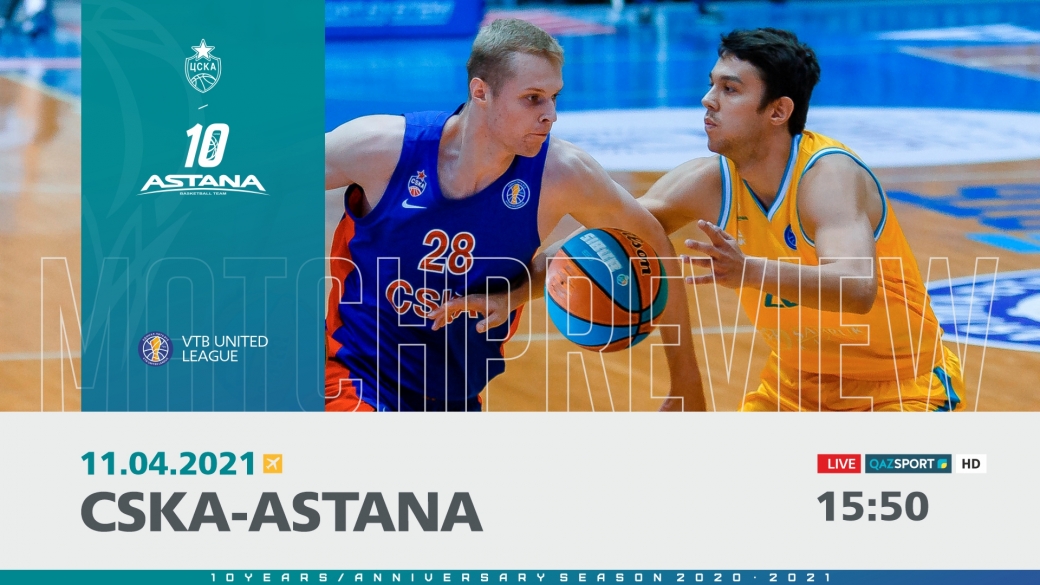 Another competition between the two capitals — Moscow versus Nur-Sultan, CSKA versus «Astana»

The team of the basketball club «Astana» has already arrived in Moscow to play tomorrow the last away match in the VTB United League regular season, in which the rival will be CSKA Moscow. The game will take place on Sunday 11 April, beginning at 16:00 Nur-Sultan time.

CSKA - is a Russian professional men's basketball club from the city of Moscow, founded in 1923. This season, in addition to participating in the VTB United League, they play in the Euroleague. 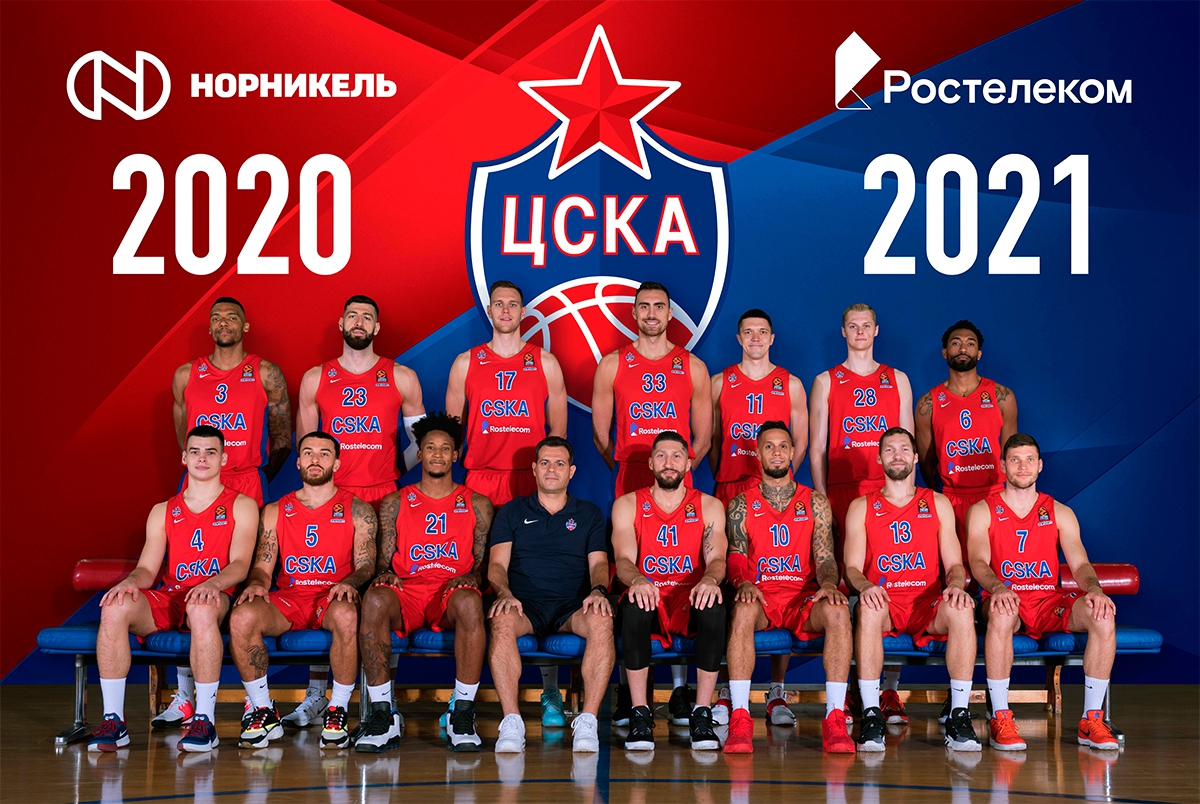 The match with CSKA, which took place on September 23, was the first for “Astana” in the VTB United League season, as well as for our rivals. Then the “army team” won a major victory in the capital of Kazakhstan. Since that game, the Moscow team has played 20 times. Immediately after the game in Kazakhstan, CSKA suffered an unexpected home defeat from “PARMA”. After that there were three home victories over «Lokomotiv-Kuban», «Avtodor» and «Yenisey». The away series for the Muscovites began with a defeat at Khimki, followed by revenge on PARMA and a victory over «Tsmoki-Minsk». CSKA confidently beat «Zelena Gora» at home, and on the road won UNICS, «Nizhny Novgorod» and «Avtodor». And then they suffered two unexpected defeats — on the road from “Zielona Gora” and at home from “Kalev”. CSKA again outplayed “Enisey”, but lost to “Zenit”. In March, CSKA won «Tsmoki-Minsk» at home and took revenge on «Khimki», and then there was another revenge, but already on the road, in the match with «Kalev», and a home victory with UNICS. In the last game, CSKA again could not beat «Zenit».

CSKA has 15 wins and 6 defeats and this allows them the third position in the standings, while they are ahead of «Lokomotiv-Kuban» only by the results of official games. In case of defeat, CSKA will go down to the fourth line, and the victory will strengthen their position on the third line. “Astana” in twenty matches has become a winner only five times and is now in the 12th position, stepping down to “Yenisey” based on the results of personal games. In case of defeat, “Astana” will lag behind Krasnoyarsk by one defeat, and in case of victory, it will move up to the 11th position.

A lot of time has passed since the last game and the Moscow team left the Latvian Janis Strelnieks and the Serbian Nikola Milutinov. Two players joined the team in February. And if Danish guard Gabriel Lundberg is known to VTB United League fans, as he started this season with Polish “Zielona Gora”, then Nigerian center Michael Eric is the new face in the league. Michael began his career in the NBA Development League with the Canton Charge and Texas Legends. Then he moved to Europe, where he played for the Greek “Panelefsiniakos” and the Italian “Enel Brindisi”. Michael returned to the Texas Legends, and then finally moved to Europe. Since 2016, he managed to play in the Greek “AEK”, the Spanish “Bilbao Basket” and “Baskonia”, as well as the Turkish “Darussafaka”, with which he became the winner of the “EuroCup”. Michael Eric started this season in Turkish “Turk Telekom”.

The leaders of the team are Americans Mike James and William Clyburn, as well as German Johannes Vogtmann. Tornike Shengelia, Daniel Hackett, Joel Bolomboy, and Darran Hilliard demonstrate excellent performance. Ivan Ukhov and Semyon Antonov enter the court on an ongoing basis. And Nikita Kurbanov is the only one from the squad who went to the court in all the team's matches, while in all the games he participated from the very start. Newcomers Gabriel Lundberg and Michael Eric fit into the roster pretty well but have played four games so far.

The match will take place on Sunday, April 11, in Moscow at the CSKA sports arena, beginning at 16:00 Nur- time. The online broadcast of the match will be available on our website in the Match Center section, as well as live on the QazSport TV channel.