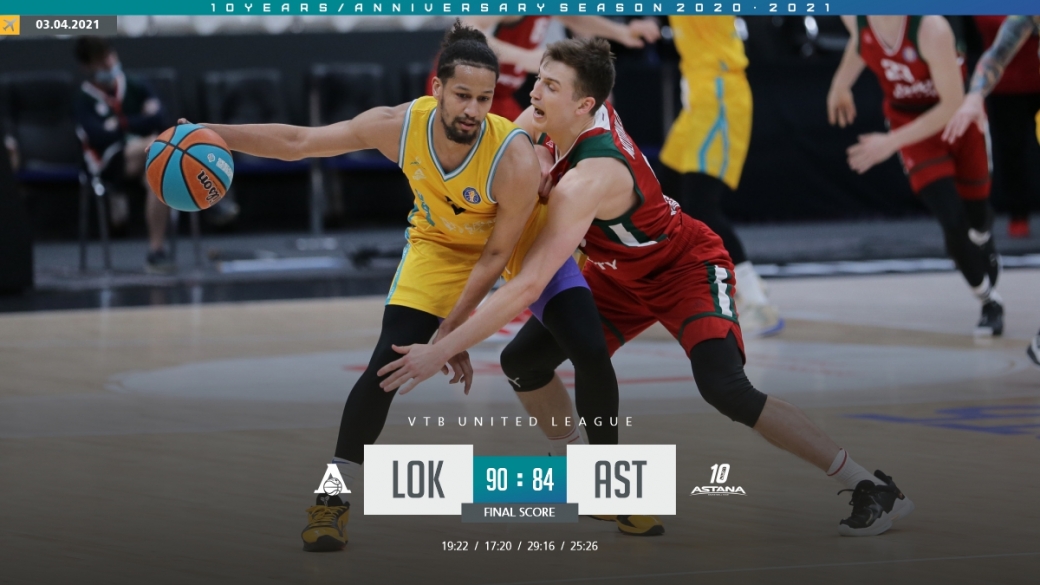 The trip of the basketball club «Astana» to Krasnodar was almost crowned with success. Emil Rajkovic's squat was close to their second victory over «Lokomotiv Kuban» this season, but the hosts managed to turn the tide in the second half of the game.

The score was opened in the second minute, and it was our Michael Thompson who scored, but the hosts immediately shot back an exact three-pointer. «Loko» was going ahead, and Bazhin's and Buckner's points did not allow our team to catch up with the rivals. After five minutes of playing time, «Astana» was 6 points behind, but then first Ojars Silins hammered a dunk into the rivals' ring, and then Eric Buckner realized a slam dunk, which leveled the score. A firefight ensued on the court- the Krasnodar team immediately realized a long-distance shot and received in response a three-pointer from Silins and Ponomarev, who brought our team forward. The hosts, no matter how hard they tried, could not catch up with «Astana» in the first quarter, but they did not lose so much either — 19:22. In the second quarter, both teams began to resist the defense, and we should say both teams defended well, which led to a sharp decline in implementation. In five minutes, our team scored only five points, Maidekin and Bazhin distinguished themselves. However, «Lokomotiv» could not cope with our defense and increased their score by only four points in five minutes. Thus, “Astana” retained its fragile advantage. The hosts had a good sixth minute and came ahead, but Eric Buckner did not allow his rivals to break away, supporting «Astana» with his points. Then Jeremiah Hill, although he did not score a three-pointer, was entitled to three free throws, and have realized them all, again brought our team forward. After that “Astana” went ahead, Nikolay Bazhin, Jeremiah Hill and Eric Buckner were gaining points. The last points in the first half remained with the hosts, but in the end, “Astana” won the first half of the meeting — 36:42. 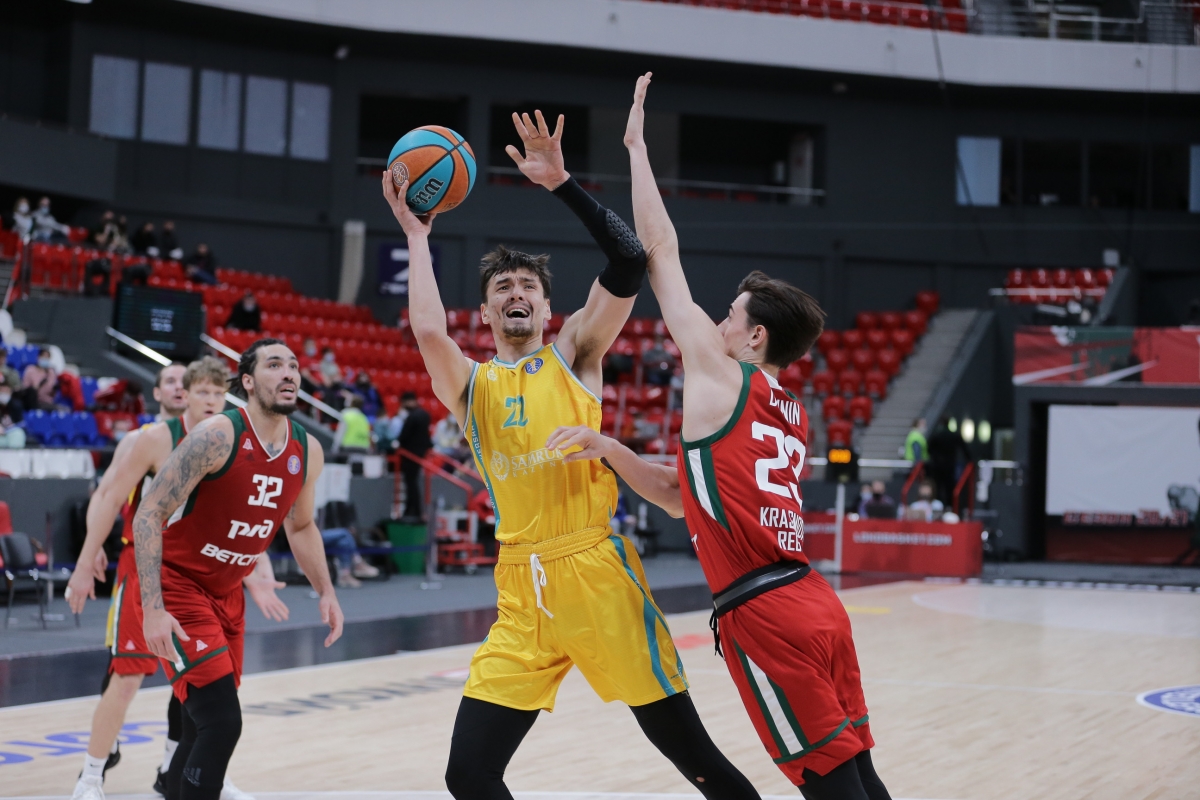 The third quarter started promisingly for our team — three points from Nikolay Bazhin and two points from Michael Thompson, thanks to which the gap between the Kazakhs became double-digit. But, unfortunately, then there was a serious failure in the game of our team and +11 quickly turned into +3. Emil Rajkovic was forced to take a time-out, but this did not stop the rivals' spurt and, on the contrary, there was a large number of losses on the part of our players. «Lokomotiv» leveled the score very quickly and took the lead. Our guys could not score points for more than two minutes, and the hosts managed to pull away by seven points during this time. Hill finally broke the goalless pause, first implementing two free throws, and then throwing in a long-range shot. The points from Bazhin didn’t save our team from another gap between the opponents, which accelerated to +9. The last attack in the quarter was completed by Anton Ponomarev with an accurate throw, but “Astana” was losing 7 points before the final ten minutes — 65:58. At the start of the final quarter, “Loko” approached a double-digit advantage, but Maidekin and Shcherbak immediately scored points, and the gap was reduced to 4 points. The hosts continued to press and did not allow “Astana” to return the balance to the game, but at the same time, they could not seriously break away. The difference between the teams was in the region of two to six points for almost the entire fourth quarter. Hill, Maidekin, Thompson, and Bazhin scored the points in our squad. The ending of the match was expected to be very nervous and Ojars Silins only added fuel to the fire by realizing a three-pointer, and a minute before the end “Astana” was losing only two points. Each possession was important, and if the opponents successfully used their attacks, then our players had difficulties with the implementation. Lokomotiv-Kuban won the ending of this match, and with it the whole game — 90:84.

Consequences: “Lokomotiv-Kuban” approached the third line in the standings, and “Astana” remained in the eleventh position.

Most productive:
«Lokomotiv-Kuban» head coach Evgeny Pashutin:
«I would like to congratulate the team on the victory and thank the fans for their support. It was very difficult mentally after the game in Kazan, but the guys pulled together and showed their character. Maybe it was not as good a match as usual, but we were able to win. In the third quarter, we improved defense, established communication, began to play with our hearts, and united, and a little more patience appeared in the attack, and we played smarter in the second half. Now we need to recover and prepare for the playoffs. Must have had a good last three matches to compete for a higher spot in the regular season.»

«Astana» head coach Emil Rajkovic:
«Congratulations to «Loko» on the victory. They won due to experience today. We showed a competitive struggle during the match, played a combined zone, slowed down the pace of the game since we cannot respond to Loko's fast pace. It's a shame that in the end, we didn't have enough strength, but this is a great experience for the team. Today Kazakh players, for example, Askar Maidekin, got a lot of time. Nikolay Bazhin is already playing consistently at a good level. I can't say anything bad about my team, I only have compliments to the players for having played a good match and were able to impose a fight on such an opponent. Good luck for «Loko» in further matches».

Next match: Having returned home, on April 6 and 7, the capital team will play the final matches of the regular championship of the National League against Kostanay «Tobol», after which our guys will hit the road again to play the last away match in which will be the Moscow CSKA.