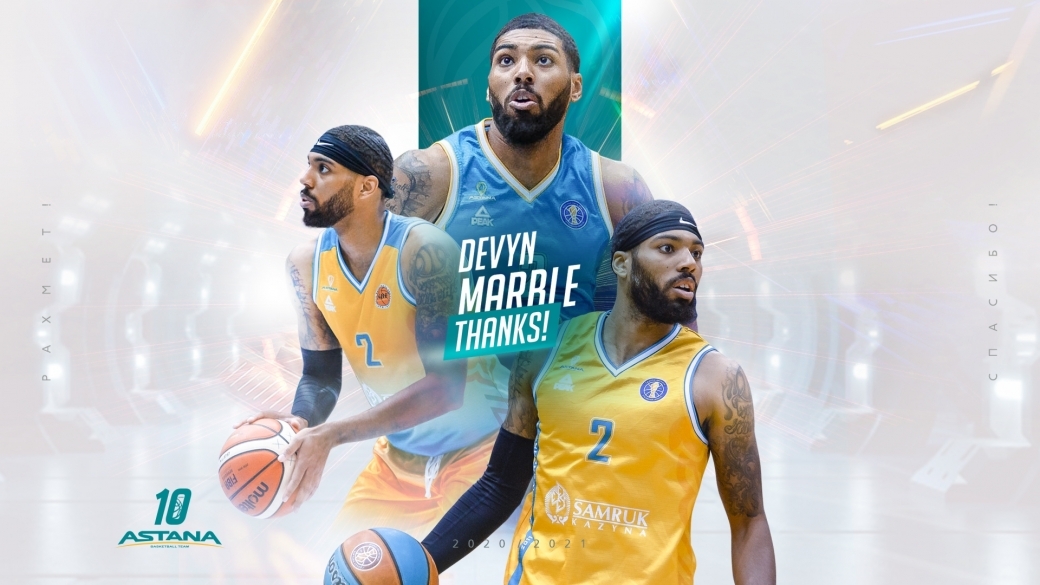 Devin joined the team early in the season and arrived at the team's location in mid-October last year. During the five months, he has spent in the capital's team, he took part in 20 matches, 11 of which in the VTB United League and 9 games of the National League.

The team's coaching staff actively engaged Marble, both in the Kazakhstan Championship — 20 minutes on average per game, and in the VTB United League — almost 26 minutes of playing time on the court. In most of the VTB United League matches, Devin brought the team more than 10 points per game, but in the last three games, his performance has noticeably decreased. He showed himself more consistently in the National Championship, where his average was 14.8 points. As for the implementation of the throws, from an average distance, he hit the target with an accuracy of 42%, from a distance — 33%, and from the free-throw line — 71%. In other game indicators in both tournaments, Devin showed almost identical results — 3.7 rebounds, 2.5 assists, and 2 steals per game on average. Devin played his best match for «Astana» in the VTB United League against «Avtodor Saratov,» when he set his personal record this season in points scored — 19 and efficiency indicator — 21.

The club thanks Devin for the work done and wishes him success in his future career!