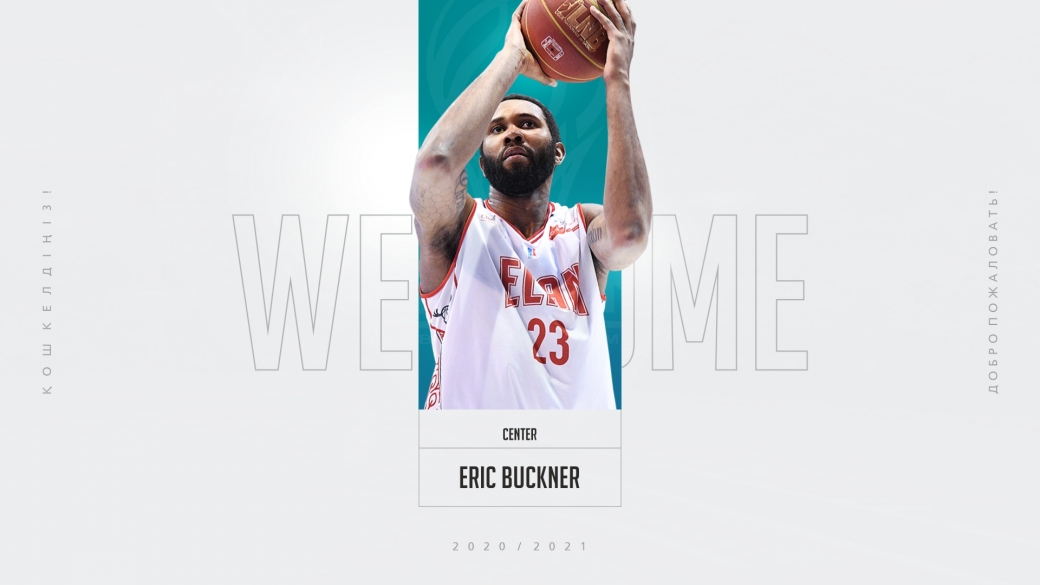 ​The basketball club «Astana» announces the signing of a contract with the American center — Eric Buckner.

Buckner played two seasons in his freshman and sophomore years at Gulf Coast State College before transferring to Georgia State University, where he continued his successful basketball career with the NCAA and was named Team Player of the Year 2012.

Eric's professional career began in Turkey in 2012 immediately after completing his college studies. Until 2016, he spent four seasons for «Uşak Sportif» (2012/2013), «İstanbul BB» (2013/2014), «Uşak Sportif» (2014/2015) and «Türk Telekom» (2015/2016). In 2015, Buckner took part in the NBA Summer League with «Boston Celtics». At the beginning of the 2016/2017 season, he tried his hand at the Chinese National Championship for «Henan Golden Elephants» team but then moved to the Greek «Aris Basketball Club» for which he played until the New Year. On January 14, 2017, Buckner again found himself in Turkey where he signed a contract with «Büyükçekmece Basketbol» team. At the end of 2018, he moved to «AS Monaco Basket», for which he played two seasons in the French PRO A league. Eric also started the current season in France, but already with «Élan Chalon» team, for which he scored averagely 8.1 points per match and made 4.5 rebounds.

We wish Eric to get comfortable in the capital soon, to make friends with our guys and the coaching staff, and of course, we look forward to seeing him in the yellow-turquoise Astana uniform on the court.