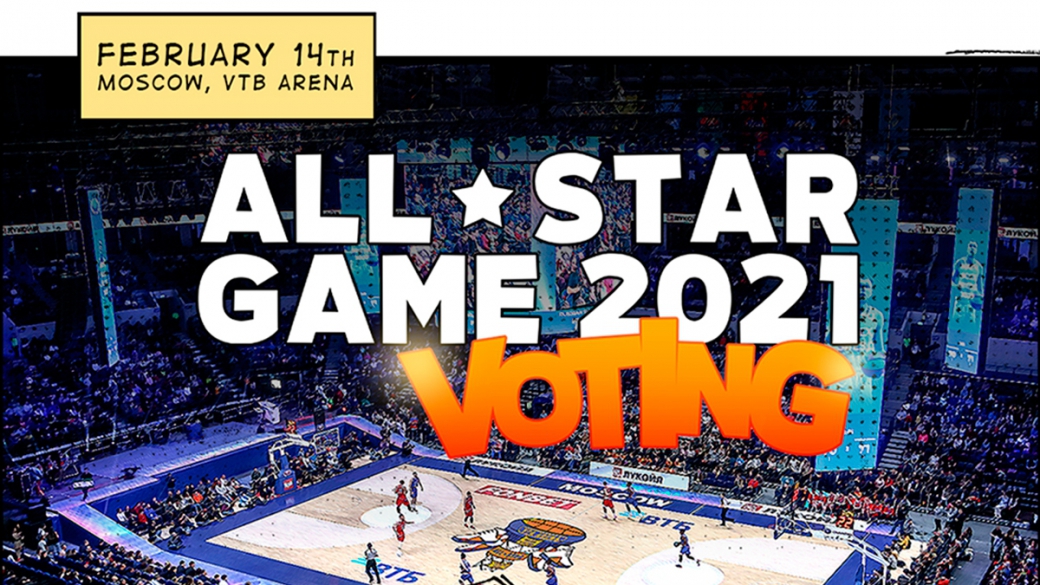 Fan voting has started for the fifth-ever VTB United League All-Star Game, which will take place on February 14, 2021, in Moscow at the VTB Arena.

The game will be held in «Stars of Russia» vs «Stars of the World» format. You can vote for your favourite players on  Vkontakte social network, the official partner of the VTB United League. Voting will continue until January 25, 2021, 12:00 Moscow time.

At the second stage, from January 26 to February 1,  journalists from the largest Russian and foreign media will be invited to choose star teams. Based on the questionnaire results of journalists, the League will publish the final lists of participants in the VTB United League All-Star Game.

Click to go to voting pages:
Tickets can be purchased on the promo site - https://allstar2021.vtb-league.com, as well as on the ticket service sites - Yandex Afisha and VTB Arena.