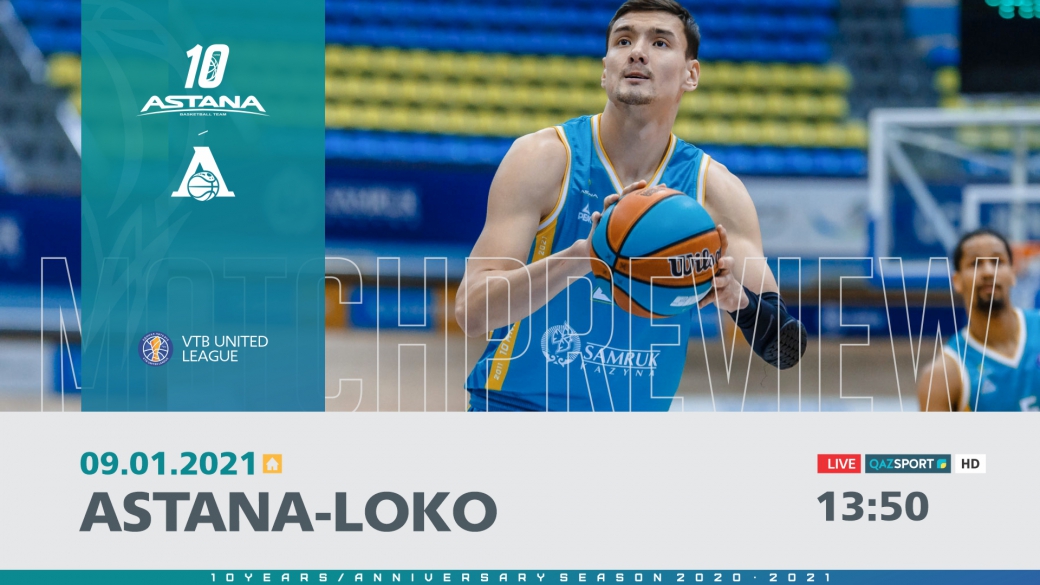 New Year's holidays are over and the basketball club «Astana» are preparing for the first VTB United League home match in the new year, in which the Krasnodar «Lokomotiv Kuban» will act as a rival. The game will take place on Saturday 9 January, beginning at 14:00 Nur-Sultan time.

«Lokomotiv-Kuban» - is a Russian professional men's basketball club from Krasnodar, founded in 1946. This season, in addition to participating in the VTB United League, they play in the Eurocup.

«Lokomotiv-Kuban» retained quite a few players in the offseason, however, a few core players of the last season did not renew their contracts with the team. Among them are Americans Johnny O'Bryant and Sam Decker, as well as Russians Dmitry Kulagin and Zakhar Vedishchev. In addition, Vitaly Fridzon moved to «Zenit», Vladimir Ivlev moved to «PARMA», and young Timofey Gerasimov joined «Nizhny Novgorod». Americans Alan Williams and Will Cummings, Lithuanians Mindaugas Kuzminskas and Mantas Kalnietis remained in the team from the base of last season. Among the Russian players Stanislav Ilnitsky, Grigory Motovilov and Valery Kalinov continue to play for the Krasnodar team, and young players Andrey Martyuk and Sergey Dolinin, who were in the last season, are also involved in the game. 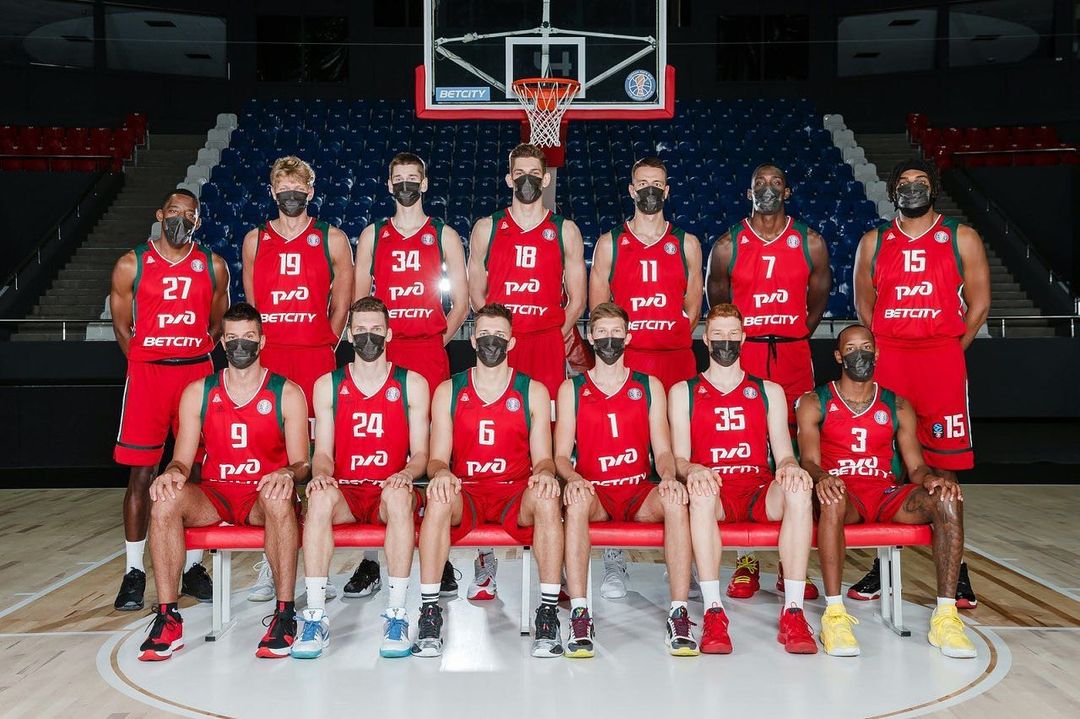 As for the newcomers, “Loko” has three Americans at once. Guard Jordan Crawford began his career in the NBA, where he spent several seasons with «Atlanta Hawks», «Washington Wizards», «Boston Celtics» and «Golden State Warriors». After that, fate threw him to China — he played in «Xinjiang Fly Tigers» and «Tianjin Ronggang» teams. Back in the States, Crawford played in the NBA Development League with «Fort Wayne Mad Ants» and «Grand Rapids Drive», then spent another season in the NBA with «New Orleans Pelicans». Then there were the Israeli «Ironi», the Chinese «Sichuan Blue Wales» and the German «Brose Bamberg». Forward Kevin Hervey played only in Oklahoma before the Krasnodar team, playing for «Oklahoma City Blue» in the NBA Development League, and also played several NBA games for «Oklahoma City Thunder». Center Reggie Lynch started his professional career in the VTB United League as part of the Estonian “Kalev”, and after that spent one year in the Italian “Urania”. Serbian guard Ivan Paunic joined the team in October. During his career, he played a lot of places and at one time defended the colours of our team. Paunic started his career in Serbia, in the teams «Partizan», «Mega Ishrana», «Mornar» and «Vojvodina Srbijagas». Then there were the Belgian “Ostend”, the Greek “Aris”, the Russian “Nizhny Novgorod”, the Italian “Virtus”, the Ukrainian “Azovmash” and the Spanish “Lagoon Aro” and “Fuenlabrada”. Then Ivan signed a contract with “Astana”, but without finishing the season he moved to the Montenegrin “Buducnost”. Then in his career, there were the Spanish “Fuenlabrada”, the Turkish “Tofash”, the Iranian “Chemidor” and the Serbian “Mega Bemax”. From the Russian players, the team was joined by guards Vladislav Yemchenko and Daniil Sereda, forward Yegor Sychkov and centre Yaroslav Nyagu, all of them young players and graduates of the Lokomotiv system.

Yevgeny Pashutin took over as head of the team in the middle of last season and remained as head coach of «Lokomotiv Kuban» this season as well. Russian specialists Vladimir Antsiferov and Stanislav Zbarsky are helping him.

At the start of the season, Alan Williams was the clear leader of the team, but in November Alan suffered a serious injury to his left knee and was prescribed to be out of the game for six months. In the absence of Williams, the leaders of the teams are the Americans Jordan Crawford and Reggie Lynch, as well as the Lithuanian Mantas Kalnietis. Lithuanian Mindaugas Kuzminskas and Americans Will Cummings and Kevin Hervey make no less significant contribution to the team's achievements. Of the Russians, the coaching staff constantly flirts with Stanislav Ilnitsky, and Grigory Motovilov, Andrey Martyuk and Vladislav Yemchenko often go to the site.

«Lokomotiv-Kuban» has already played 12 games this season and won two-thirds of them, that is, eight games and losing four. By the way, in the last game, which took place this year, they lost to «Khimki» at home. This result allows the Krasnodar team to be on the fourth line. “Astana” is the only tenth so far, after three wins in ten games.

“Astana” and “Lokomotiv-Kuban” have met 12 times in their entire history. Our team in this confrontation achieved success only three times, while in the previous game, “Astana” at home snatched victory from rivals from Krasnodar.

Interesting facts:
The match will take place on Saturday, January 9, in Nur-Sultan, at the arena of the Republican Cycling Track «Saryarka», beginning at 14:00 Nur-Sultan time. The online broadcast of the match will be available on our website in the Match Center section, as well as live on the QazSport TV channel.