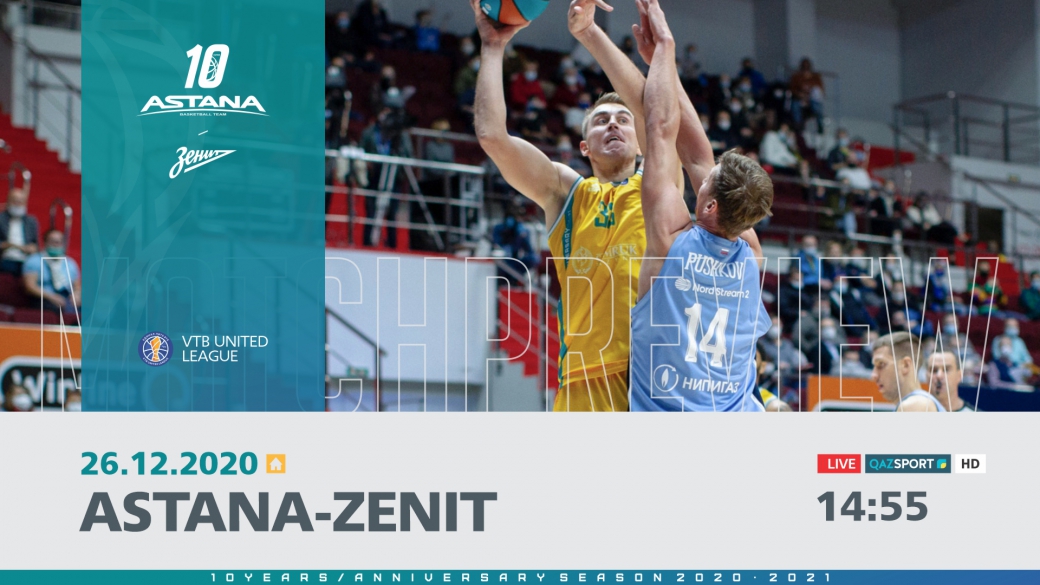 «Astana» farewells this year with a home match against «Zenit»

Towards the end of the year, the basketball club «Astana» will hold a return home game against St. Petersburg «Zenit» in the VTB United League. Two months ago in the away match, our guys lost to the team from the Neva and are now serious about revenge.The game will take place on Saturday, December 26, in Nur-Sultan, beginning at 15:00 Nur-Sultan time.

Zenit is a Russian professional men's basketball club from the city of St. Petersburg, founded in 2014. In addition to participating in the VTB United League, they play in the Euroleague. 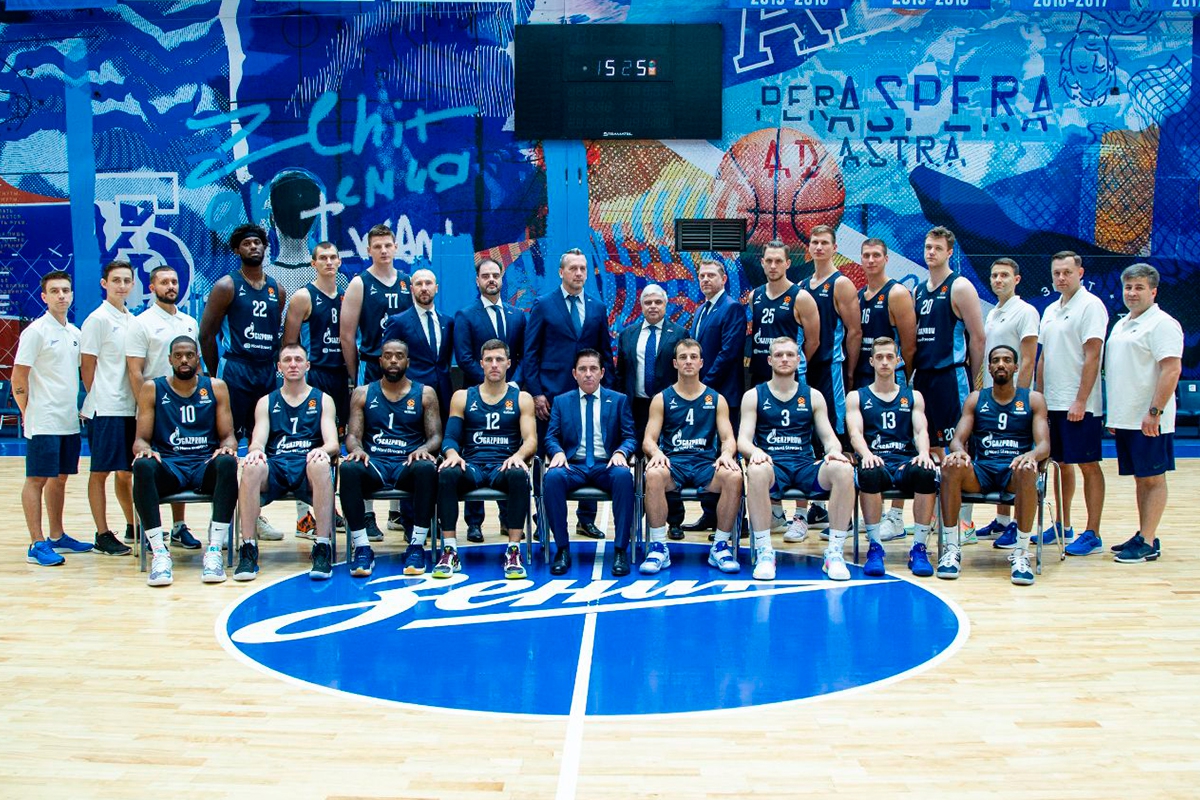 Standings: «Zenit» is now the leader in the standings with seven wins in eight games. In fact, the start of the season in the VTB United League was not the most difficult for the St. Petersburg team. In addition to “Astana” they played twice and won “Zielona Gora”, were stronger than “Khimki”, and also won against “Kalev” and “Tsmoki-Minsk” and took an important victory in the match with UNICS. “Lokomotiv-Kuban” in the last game broke the winning streak of “Zenit”. “Astana” is not doing so well, our guys are on the tenth line of the table, having won three victories in nine matches. Of the nine games at home, they played only twice, losing to CSKA and «Nizhny Novgorod». Our team won three victories in seven away games. The match with “Zenit” will be only the third home game this season, and although the opponent is very strong, we will believe that “Astana” is called a “home” team for a reason. In case of victory, the team of Emil Rajkovic will rise to the ninth line, and in case of defeat, it will remain in the tenth position.

Changes in the roster: From November 1 in the line-up of “Zenit” no changes have occurred.

Leaders of the opponents: The leaders of the team are the Lithuanian center Arturas Gudaitis — the most effective and American guard Billy Baron — the most productive. By the way, both of these players did not play in the match against «Astana» in November. Another five «Zenit» players score twelve or more efficiency points in each game — forwards Mateusz Ponitka, Alex Poytress and Andrey Zubkov, as well as guards Austin Hollins and Kevin Pangos. KC Rivers and Vitaly Fridzon, as well as forward Will Thomas, are engaged by the coaching staff from the start of the games.

The match will take place on Saturday, December 26 in Nur-Sultan at the arena of the Republican cycle track «Saryarka», starting at 15:00 Nur-SUltan time. The online broadcast of the match will be available on our website in the Match Center section, as well as live on the QazSport TV channel.