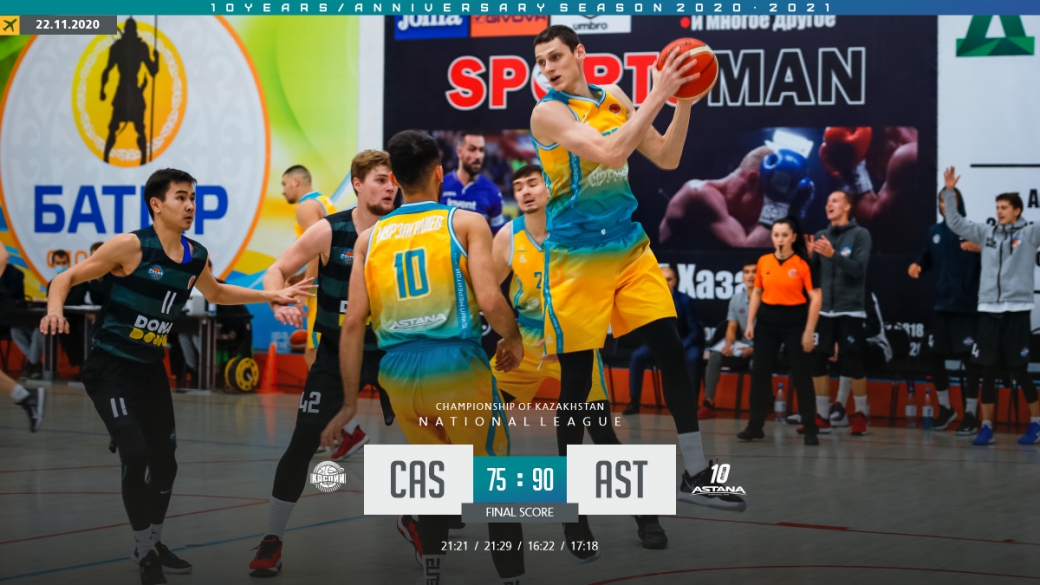 The team of the basketball club «Astana» brings two confident victories from the shores of the Caspian Sea. In the second away match, Emil Rajkovic's team slowed down the pace, but Aktau team still could not withstand the onslaught of our guys. The roster again included Jeremiah Hill and Devin Marble.

The first quarter of the match the day before, performed by our team, was very effective, and in the second game, everything went according to a completely different scenario. The hosts opened the score in this game, and it took “Astana” two minutes to score back. Devin Marble earned the first points for the team. Then our team went ahead — three accurate three-pointers in a row from the same Devin. The Aktau team did not allow our guys to create a big advantage. Although “Astana” won ten points after a three-pointer from Anton Ponomarev, in the last three and a half minutes our team was unable to realize a single attack. “Caspiy”, on the contrary, was quite active and scored ten points in those minutes. Thus, the first quarter ended in a draw — 21:21. In the second quarter, the hosts were able to impose a stubborn struggle. Askar Maidekin brought our team forward again, but not for long, our rivals evened the score again. Our guys kept a slight advantage, but “Caspiy” resisted and in the middle of the quarter again made up for the lost time. Until the end of the first half of the game, the capital team acted more efficiently and won the first half, but the difference in the score between the teams was quite insignificant — 42:50. 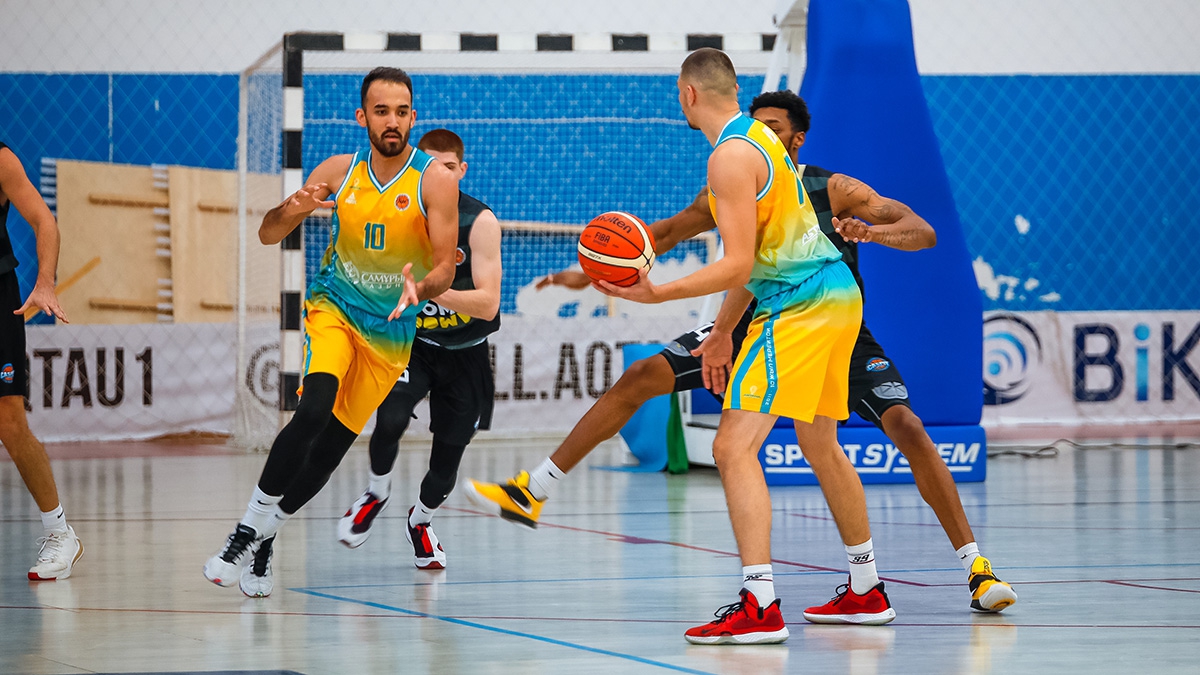 After a long break, the equal fight continued, and in the third quarter, Emil Rajkovic's team could not seize control. “Caspiy” demonstrated a good game, but “Astana” continued to lead. In the middle of the third ten minutes, our guys were ahead of their rivals by only 6 points. Dmitriy Gavrilov and Devin Marble organized a good playing moment for our team, gaining 13 points for two, and adding a three-pointer from Rustam Murzagaliev to this and “Astana” thirty minutes later outplayed rivals by fourteen points — 58:72. “Caspiy” resisted  “Astana” and the hosts managed to revive the intrigue in the fourth quarter. The Aktau team at the start of the final game segment were able to realize a long-range shot, but the next five minutes were goalless for them. Meanwhile, “Astana” made full use of their attempts in the attack, while playing well in defence. Anton Ponomarev at the equator of the fourth quarter brought the capital's lead to 21 points. In principle, this advantage ensured our team a victory in this game. In the last five minutes, our rivals were very active, but “Astana” felt comfortable and confidently brought the match to victory — 75:90.

Most productive:
Consequences: “Astana” goes through the season without defeat, occupying the first line in the standings, and “Caspiy” find themselves on the last line again.

Next match: after returning home, our team will have almost two weeks to prepare for the home match with Nizhny Novgorod in the VTB United League, which is scheduled for 5 December. As for the games of the National League, «Almaty Legion» will be the next rival for «Astana», which will meet on December 8 and 9 in the southern capital.