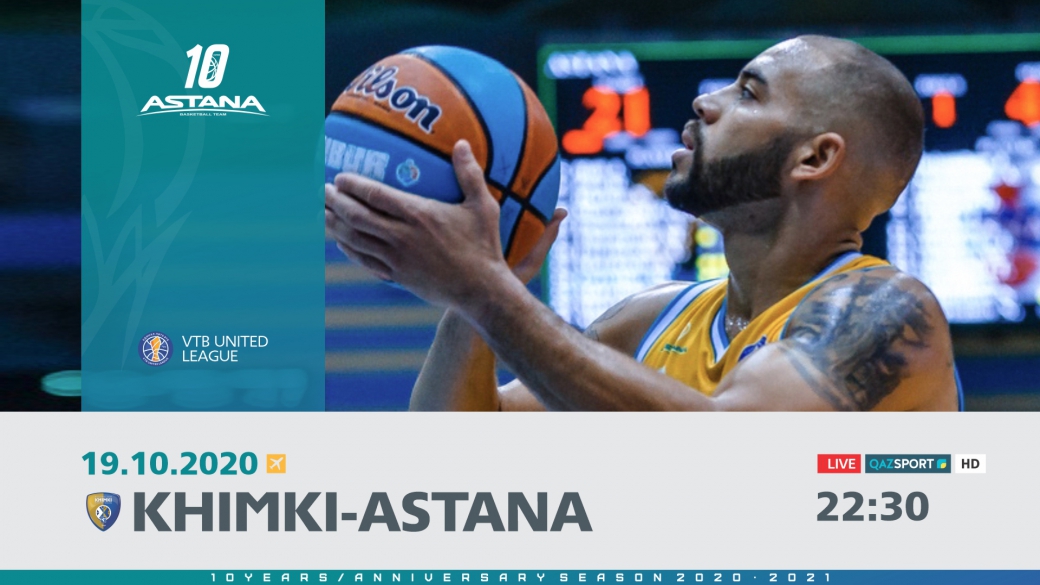 The team of the basketball club «Astana» again goes in another trip, but this time to play with the Moscow region team «Khimki» in the framework of the VTB United League. The match will take place on Monday, October 19, starting at 22:30, Astana time.

«Khimki» — is a Russian professional men's basketball club from the Moscow region, founded in 1997. In addition to participating in the VTB United League, they play in the Euroleague.

Quite a lot of players from last season stayed with the club but still, some of them had left the team in the offseason. The main loss of the team was the American forward Anthony Gill, who, although he was not a clear leader in the last season, certainly was very beneficial for the team. Also, Americans Thomas Robinson and Chris Kramer, who, judging by the statistics, did not make any particular difference in the team last season, had left. In addition, this season's squad does not include the legendary Russian player Timofey Mozgov, who did not play a single VTB United League match last season. Nine players immediately extended their contracts with Khimki, five of whom do not have Russian citizenship: Latvians Janis Timma and Dairis Bertrans, Swede Jonas Zherebko, Serb Stefan Jovic and American Devin Booker. Of the Russian players, one of the main Russian stars Alexey Shved, also extended his contract with the Moscow team, and the most experienced Sergey Monya, Vyacheslav Zaitsev and Sergey Karasev remained with the team as well. 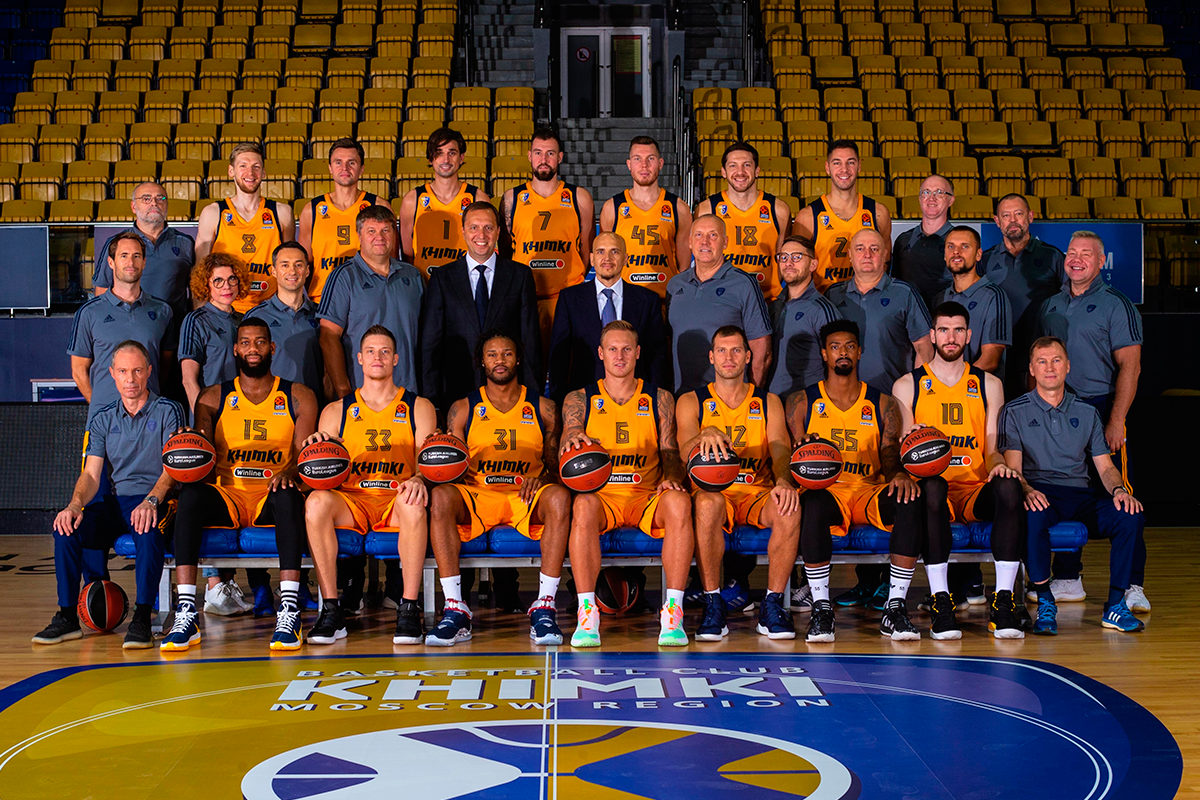 Now, by tradition, let's talk about the newcomers. American powerful forward Jordan Mickey is nominally not a newcomer to Khimki, as he had already played for the team in the 2018/2019 season, and spent last season not anywhere, but in the Spanish “Real Madrid”. Prior to Russia and Spain, Jordan Mickey played in the United States of America with the Boston Celtics and Miami Heat, as well as the NBA Development League with the Maine Red Cloves. The next in line American centre Greg Monroe made his debut in the VTB United League with Khimki. Prior to that, he has spent a lot of time in the NBA, playing for the Detroit Pistons, Milwaukee Bucks, Phoenix Suns, Boston Celtics, Toronto Raptors and Philadelphia Seventy Sixers. And last season Greg has spent in the German “Bavaria”. The most experienced Russian player Yegor Vyaltsev has been with Khimki for a very long time, but last season he played for Khimki-Podmoskovye, defending the club's colours in the Russian Super League. This season, he returned to the club's main team and to the VTB United League. Russian guard Evgeny Voronov, even before the creation of the VTB United League, played in the teams Lokomotiv, Dynamo St. Petersburg, CSK VVS-Samara, UNICS, Krasnye Krylia and Dynamo Moscow, and already in the VTB United League with CSKA, Triumph, Lokomativ-Kuban and again UNICS. He also spent the last three seasons in the VTB United League with Zenit. Young forward Vladislav Odinokov made his debut in the United League this season as part of the Moscow Region team.

The coaching staff of the team has not changed at all in comparison with last season and is completely Lithuanian by origin. Rimas Kurtinaitis still is the head coach, and all the same Lithuanian specialists Robertas Kunkaitis, Aurimas Yasilenis and Gedrius Kurtinaitis assist him. 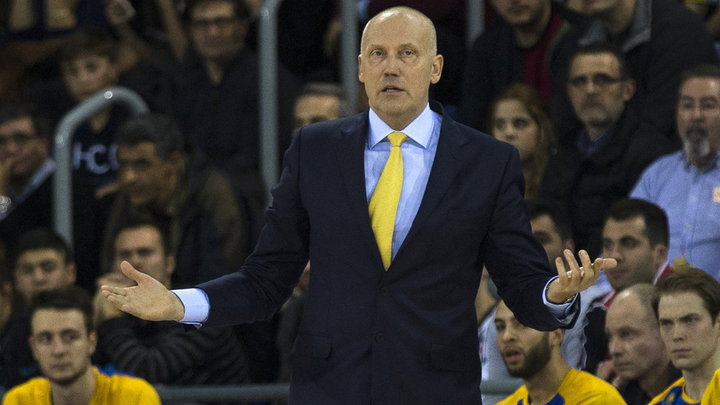 Khimki have already played four games in the VTB United League and based on their results it is possible to determine the players who bring the most benefit to the team. Imports of Khimki demonstrated excellent results in the past matches, the leaders of the team are now Jordan Mickey, Dairis Bertrans and Jonas Zherebko. Both Devin Booker and Greg Monroe show brilliant results too. Yegor Vyaltsev, who played only in the last game of the team in the VTB United League, became the best player in that match. In addition, Janis Timma, and Sergey Karasev, and Vyacheslav Zaitsev, and Sergey Monya play very confidently. But Alexey Shved has not yet played in a single VTB United League game, but just the other day a message came that Alexey's family had a new addition, a daughter was born, with which our club congratulates Alexey.

Khimki have already held four games in the VTB United League and their start was not as successful as they had planned, out of four games they celebrated victory in only two. The Khimki team first lost to Zenit, St. Petersburg at home, and then lost to Nizhny Novgorod in an away game but after that, they confidently beat Yenisei away and Kalev at home. According to the results of these games, “Khimki” is now in the seventh position in the standings. Astana after two defeats is on the penultimate line, but before the game with Khimki we finally got reinforcements of two players — Devin Marble and Ojars Silins, and let's hope that they will be able to quickly join the team and help them in the upcoming match.

Astana and Khimki have played 23 times. Based on the results of face-to-face games with the Moscow Region team, Astana managed to win only three victories, two of which the capital team celebrated for a long time — in the seasons 2011/12 and 2012/13, and the last Kazakhstani victory took place in March 2018. It is also worth noting that in the last game, which took place in February this year in Nur-Sultan, our rivals only miraculously managed to defend the victory, winning only 3 points.

Interesting Facts:
The match will take place on Monday, October 19 in Khimki at the arena of the Moscow Region Basketball Center, beginning at 22:30, Astana time. The online broadcast of the match will be available on our website in the Match Center section, as well as live on the QazSport TV channel.