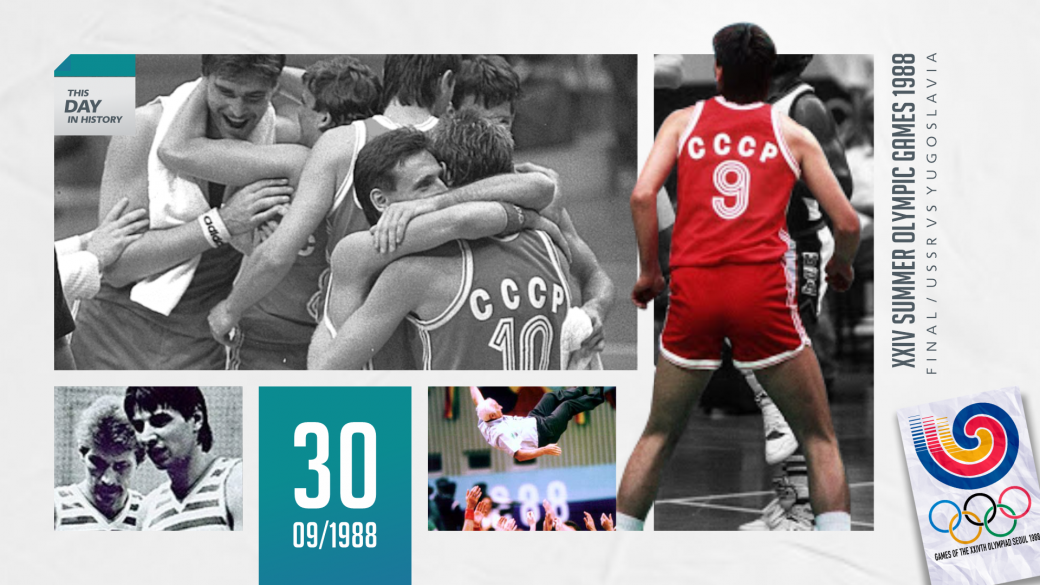 32 years ago, on September 30, 1988, in the capital of Korea, Seoul, the final basketball tournament final match at the 24th Olympic Games took place. In the decisive game, two irreconcilable rivals met — the national teams of Yugoslavia and the USSR, for which one of the most famous wards of Kazakhstani basketball, Valery Alekseevich Tikhonenko, played.

This Olympics and the triumphant victory of the Soviet National team under the leadership of the legendary coach Alexander Yakovlevich Gomelsky became fateful for the future general manager of the Astana basketball club. On this memorable day, Valery Alekseevich shared his memories of those events with the film crew of the club's press service, and in the nearest future, we will be publishing his exclusive interview. 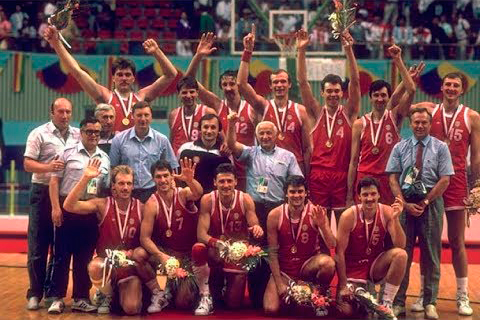 Today we offer you to once again to call to memory the victory of the USSR National team and travel back in time to 1988, feel the atmosphere of retro basketball and review the recordings of historical matches with the participation of Valery Tikhonenko.

The USSR National team began the tournament with a game against the National team of Yugoslavia. USSR lost with a score of 92:79, but the pivotal moment in the game was the appearance of Arvydas Sabonis (played with almost no substitutions) on the court, who had been treated for a serious injury (rupture of the Achilles tendon) for almost 1.5 years.

The Soviet team won the subsequent games (Australia — 91:69, Korea — 73: 110, CAR — 88:78), but it was not without luck. The match with Puerto Rico in regulation time ended with free throws of the opponent, but they missed. In overtime, the USSR National team did not give such a chance to their rival.

Having taken the second place in the group, the USSR National team reached the quarter-finals and had to play against the Brazilians, whose striking force was Oscar Schmidt. It was not possible to cope directly with him: in the open basketball that began from the very first minutes of the match, Schmidt scored 46 points. However, due to the long bench and collective play, the Soviet team seized the initiative in the end. The rest of the Brazilians failed to support their tired leader.

The semi-final match against the United States was the first game after the final of the Munich Olympics between Soviet and American basketball players. The US team was preparing to inflict revenge for the defeat in 1972 when the victory of the USSR caused a lot of controversy and discussion. The Americans even refused to accept silver medals; it is still stored in the IOC safe. In 1988, the American team won bronze without further complaining, because in the semifinals they lost to the USSR National team according to all the rules and without a single claim to the judges (82:76). The US team included NBA superstars — David Robinson, Mitch Richmond, Dan Majerle, Danny Manning.

After overcoming the «American barrier», the USSR National team simply did not have the moral right to lose in the decisive match to the Yugoslavs. As a result, in the final, the Soviet team beat the National team of Yugoslavia (76:63), led by the equally stellar Drazen Petrovic, Vlade Divac and Toni Kukoč. According to the majority of the players, after the victory of the USSR National team over the USA in the semifinals, the Yugoslavs felt the victorious mood of the Soviet national team and, as a result, broke down primarily psychologically.