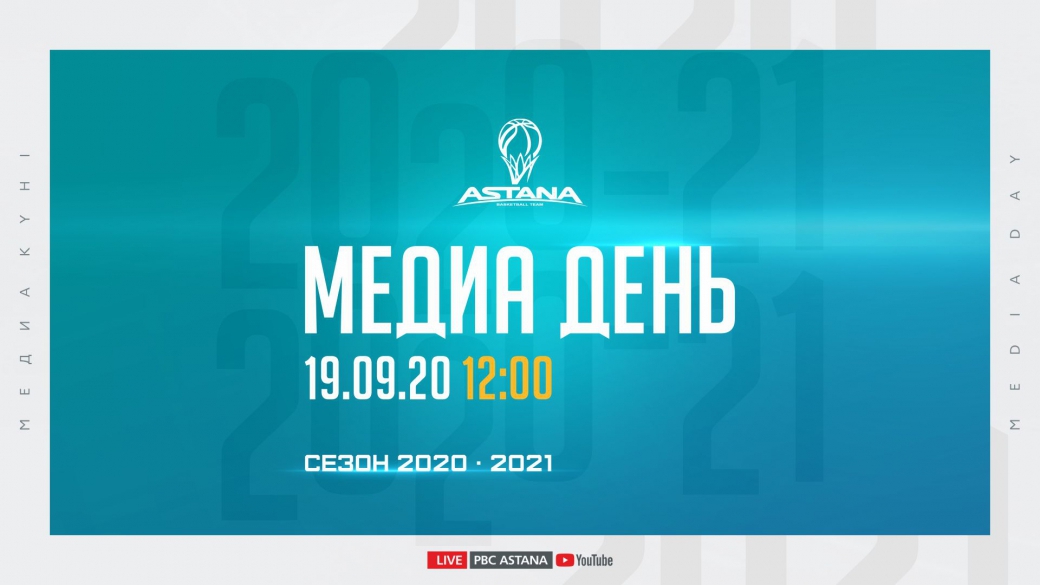 On Saturday, September 19, in Nur-Sultan, at the arena of the Republican cycle track «Saryarka», the pre-season Media Day of the President's basketball club «Astana» will take place.

The media day is not only the official event of the VTB United League, during which the players and the team's coaching staff are photographed for the profile on the club's and League's website but also space for creativity, as well as an occasion to have fun and compete with other clubs in a creative approach to the traditional photo shoot. The most daring ideas are used, ranging from non-conventional use of basketball equipment and ending with a Media Day in the format of a thematic party. The upcoming photo session will, of course, be dedicated to the 10th anniversary of the club.

Unfortunately, due to the COVID-19 virus pandemic this season, it is not possible to hold the traditional pre-season team presentation and meeting with fans at the moment. Therefore, the welcoming of the newcomers of the team and the ceremony of presenting them with personalized jersey will take place as part of the Media Day.

Fans of the capital team will be able to watch the Media Day live on the YouTube channel, as well as in stories on the club's Instagram page.

The VTB United League Championship kicks off on September 20. “Astana” will play its first game of the season on September 23 at home against CSKA Moscow, and the first away match is scheduled for October 3 against UNICS Kazan. As for the Championship of Kazakhstan, today official information about the beginning of the new season is expected from the National Basketball Federation.

Detailed information about tournaments, standings, schedule and match results are published in the Tournaments section.