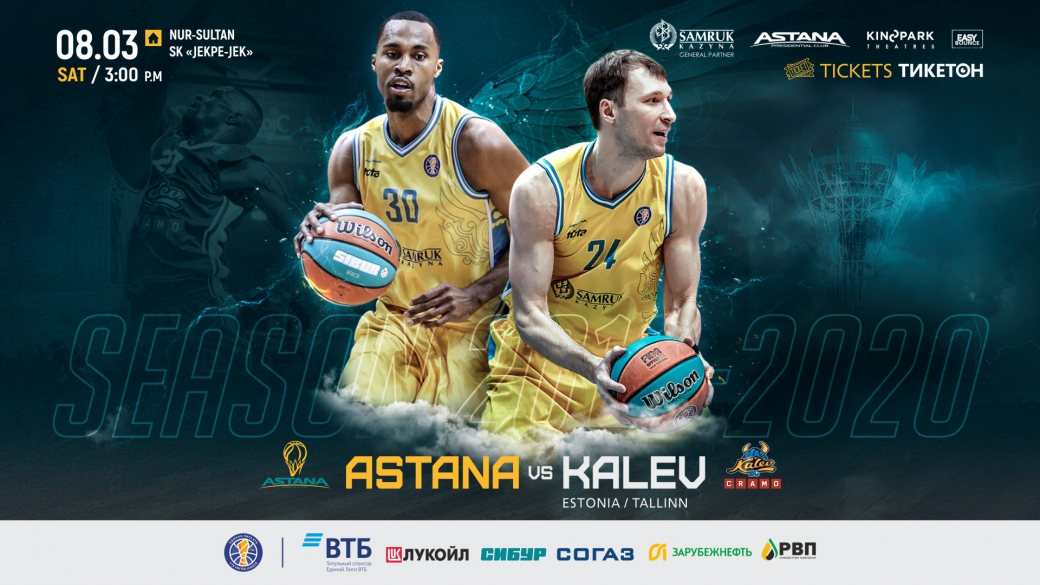 On Sunday, March 8, the first spring home match of the Astana Presidential Basketball Club will take place this season of VTB United League. The capital's basketball players will meet on their floor with the Estonian Kalev.

«Kalev» - is an Estonian professional men's basketball club from the city of Tallinn, founded in 1944. 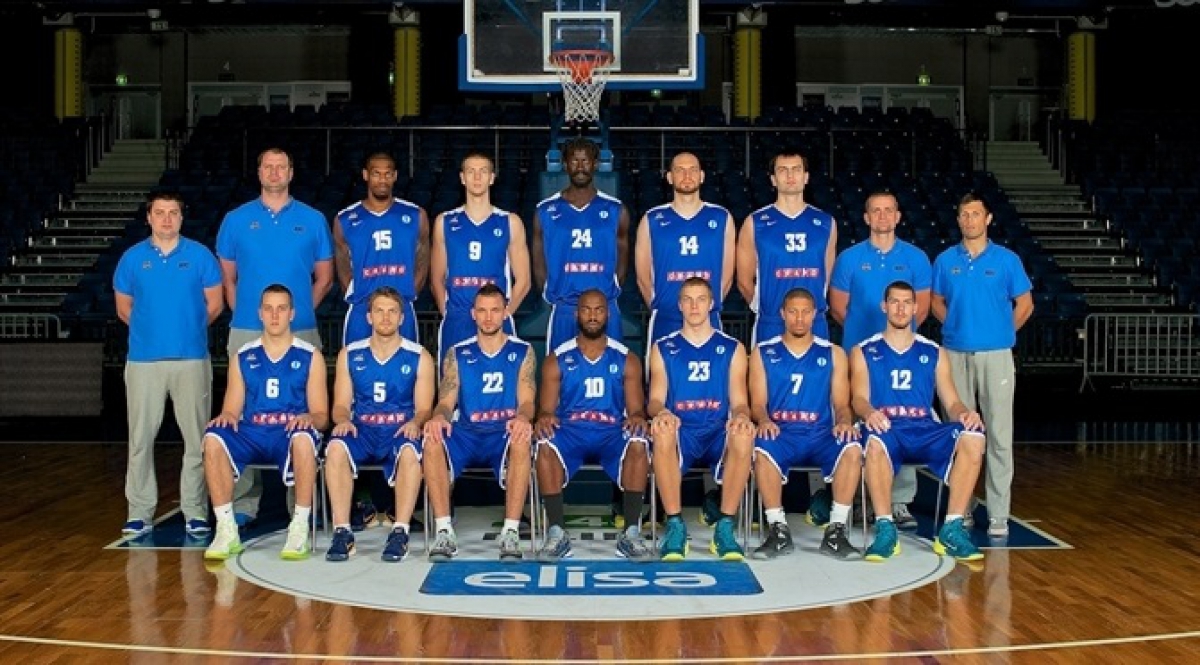 In the first round of the “regular season” at the end of November, the Kazakh team visited Tallinn, and our rivals turned out to be stronger on our court, beating “Astana” with a slight advantage — 84:76. The Estonian team has since spent 10 matches within the VTB United League. Immediately after the game with “Astana” they played at home twice more, in the confrontation with the “Tsmoki-Minsk” team, the Estonians lost the victory but were able to please their stands in the game with “Enisei”. By the end of the year, the Tallinn team had two more games, losing both of them heavily, first in the match with «Khimki» and then at home with CSKA. All matches in January for «Kalev» were held at home, they had a major defeat from the Polish «Stelmet Zielona Gora» and victory in the match against «Avtodor». February against the team spent exclusively on the road. In St. Petersburg, “Kalev” sensationally snatched the victory from “Zenit», and then followed by defeat from the “Yenisei” and CSKA. The last game was held last week in Kazan, where the Estonians lost to UNICS. In addition, “Kalev” constantly plays in the Estonian-Latvian League.

Standings: “Kalev” has 7 victories in its reserve, as well as “Astana”, but our opponent spent one match more, and they have one more loss. Thus, “Kalev” is inferior to our team in the standings 4 lines — Estonians on the 11th, and “Astana” on the 7th. In case of victory, “Astana” will strengthen in the playoff zone, and depending on how the parallel games go, «Astana» may rise even higher in the standings. In case of defeat, «Astana» may again be out of the playoff zone. Despite the fact that the wards of Emil Rajkovic lost in Estonia, the chances of our team in the upcoming game are quite high, because the factor of the home court this season most often acts in favor of our players.

Changes in the roster: On December 19, 2019,  the American forward Calvin Godfrey had left Kalev, who played in the match against Astana. In December, the roster of “Kalev”  was immediately replenished by two American basketball players. Forward Michael Finke last season still played for his university, and this season began in the Polish “Legia”. Forward Sasha Killea-Jones in February last season decided to stop playing at the NCAA and moved to the Czech League 2, where he became the champion with «Sparta» Prague team. In the summer, the forward moved to the German «Braunschweig», but did not have a single official game in the Bundesliga.

Leaders of the rivals: the leaders of the team at the moment are American guard Kyle Vinales and Estonian forward Janari Joesaar. It is these players who brought victory to their team in the last full-time game with “Astana”. It is also worth noting that in the previous match in Kazan Kyle was also the leader in the team, but Yanari was not in the application. In addition to them, the basis of the team are the Latvian guard Aigars Skele and the Estonian forward Krisjan Kitsing, but in Kazan, a week ago Kristjan was also not in the application, and Aigers, although it was announced, did not appear on the court. Another Estonian — forward Kristjan Kangur is constantly coming out in the starting five. It is also worth noting the newcomers Sasha Killea-Jones and Michael Finke, as well as the Estonians Sander Rayeste, Stan Sokk, Tanel Kurbas and Martin Dorbek, who spend more than 10 minutes on the court.

The match will take place on Sunday — March 8 in Nur-Sultan in the arena of «Zhekpe-Zhek» Sports Complex, beginning at 15:00 Nur-Sultan time. Online broadcast of the match will be available on our website in the Match Center section. Tickets for the match are on sale at Ticketon.kz. We remind you that the sale of tickets for the next home match of «Astana» against the Saratov «Avtodor», which will take place on March 15, also at the venue of «Zhekpe-Zhek» Sports Complex, has already been started.