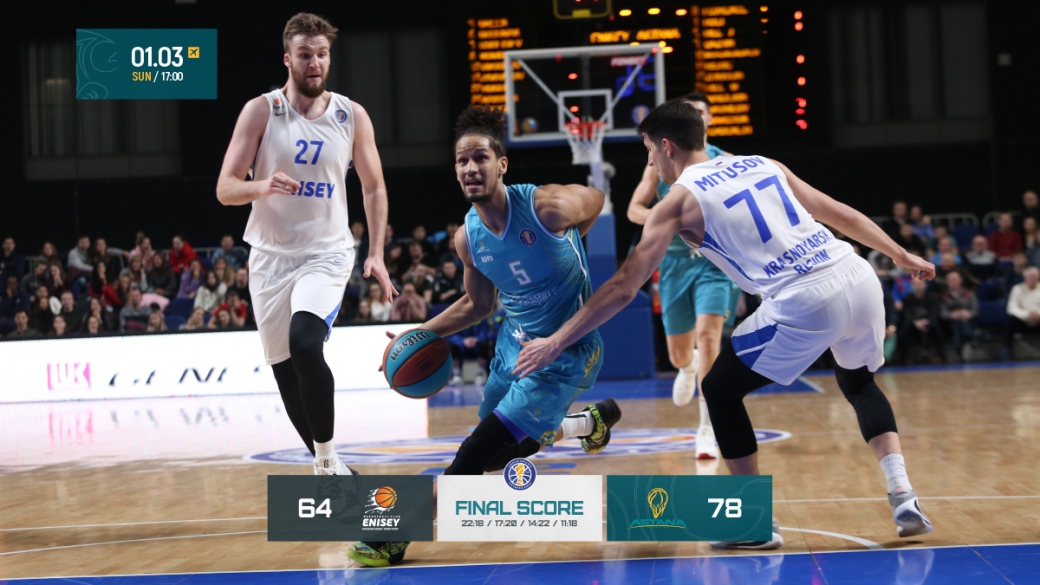 The capital's basketball players of «Astana» Presidential Basketball Club has gained an important victory in an away match against the Krasnoyarsk «Enisey» and returned to the VTB United League playoff zone.

Krasnoyarsk «Enisey» had difficulties in this match: a guard Davion Berry had left the team, and Tomislav Zubchich and Chavon Lewis are on the injured list. This played in favor of our team and provided an excellent opportunity to improve the statistics of away games. The outcome of the match was very important for both teams. In case of victory, “Astana” re-entered the group of teams, which fights for places from 5th to 8th in the playoff zone. Emil Rajkovic entrusted the start of the match to James Florence, Dushan Ristic, Malcolm Hill, Maxim Marchuk and Alexander Zhigulin.

The toss was won by Dusan Ristic, but in the first attack, James Florence made a loss, but immediately rehabilitated, having made a steal. The first points in the game were scored by Maxim Marchuk, having realized two free throws. After that, “Enisey” went ahead and when the score reached  7: 2 in favor of our rivals Emil Raikovich was forced to take a timeout to stop the hosts' breakthrough. After a tactical pause, James Florence realized a three-pointer; the first in this game with both teams. By the middle of the first period, Malcolm Hill evened the score with his three-pointers. “Enisey” again came forward and was able to keep chasing our team until the end of ten minutes. “Astana” played the role of catching up, but could not even the score. The gap for our team after 10 minutes of the match was 4 points. At the start of the second period, Malcolm Hill again equalized the score in the match, “Astana” could not come forward. After several minutes of equal struggle, the Siberians were able to make a small margin, reaching seven points of advantage. “Astana” took less than 2 minutes to completely catch up and come back to the game, and Drazen Anzulovic already took the time-out. Our team again failed to step forward and, according to the results of the first half, lost with a minimal margin of 39:38. 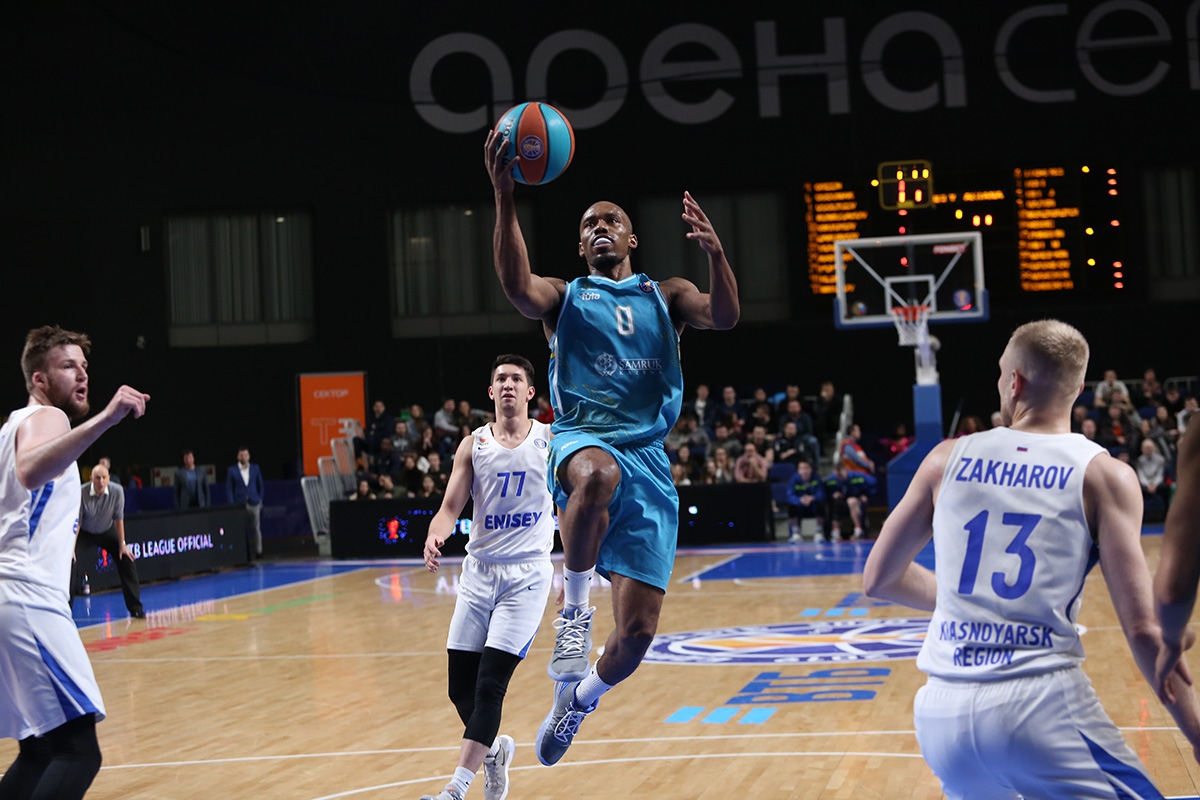 After a long break, the fight on the court went on. “Astana” once again equalized and once again something was not enough for our guys to come forward. The capital's basketball players experienced a slight decline in the game, which the skillful hosts took advantage of and were able to pull away by 7 points. But after this, the problems began on the contrary for “Enisey”. Wards of Emil Rajkovic began to confidently recoup their backlog. Two minutes before the end of the third period, Jeremiah Hill equalized the score. The next minute the score remained the same. Stephen Holt earned the right for free throws and, having scored one of them, brought our team forward for the first time since the start of the match. In the remaining quarter time, the opponents could not score points, unlike our team. Jeremiah Hill distinguished himself at the end of the period, realizing a three-pointer with almost a buzzer. The final quarter began with an advantage of the Kazakhstan team of 7 points, but our guys continued to gain points and increase the lead. Meanwhile, the game at the “Enisey” went pear-shaped. The coaching staff of Krasnoyarsk took another timeout after the spurt of “Astana” from the end of the third period had reached 0:16, and the difference between the teams exceeded 10 points. A minute break helped and “Enisey” was able to score the first points in the fourth quarter. Closer to the middle of the period, they were able to realize a three-pointer and in the same attack received the right to two free-throws, thus earning 5 points per attack. But despite this, the game of our team looked more confident, and the difference pretty quickly again reached a double-digit number. Until the end of the match, the teams scored not so many points, and “Astana” confidently brought the match to victory — 64:78 (22:18, 17:20, 14:22, 11:18).

«Enisey» head coach - Drazen Anzulovic:
– Congratulations to Astana on their victory. And I congratulate my players, but we lacked the skill to complete the game the way we played the first 27 minutes. It is very difficult for us to play without three foreign players. This factor has become key in the end. We had chances in the first 3 quarters to expand our lead, but opponents always scored difficult shots and took offensive rebounds. We were also let down by the scoring of the shots.

«Astana» head coach - Emil Raikovikj:
– I want to congratulate both teams, it was a very difficult game. This season the VTB United League has very serious competition. Enisey was on fifth place before this game. I am very glad that my players stood out today. I congratulate them on their victory, there are new challenges ahead in the league. 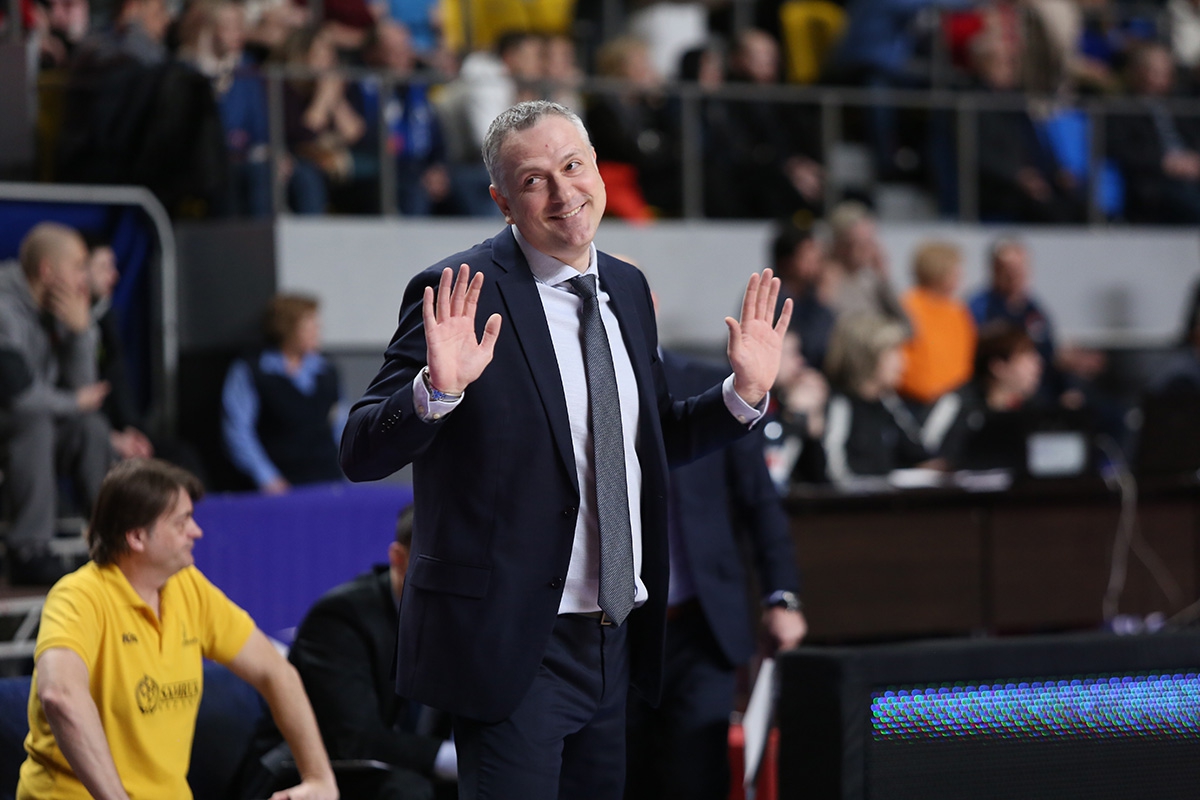 Consequences: the victory over “Enisey” became extremely important for “Astana”, not only was it away and slightly adjusted the statistics of our team’s performance, plus our guys caught up with “Nizhny Novgorod” on points (7/10), “ Zenit ” and “Enisey”, and share places with them from the 6th to the 9th. From this group, “PARMA” and “Stelmet Zielona Gora” fell, who spent today a match between themselves. The Poles dropped below, and the Permians secured themselves on the fifth line, having played one game more, and having one more victory.

Next match: «Astana» fans will again be able to enjoy the game of their favorite team live on March 8, when the Estonian «Kalev» will arrive in Nur-Sultan on a return visit. The match will take place in the arena of the sports complex «Zhekpe-zhek.» Tickets are on sale at Ticketon.kz.

On Ticketon.kz website the sale of tickets for the home match of the wards of Emil Rajkovic against the Saratov “Avtodor”, which will be held in the capital on March 15, has already been opened.