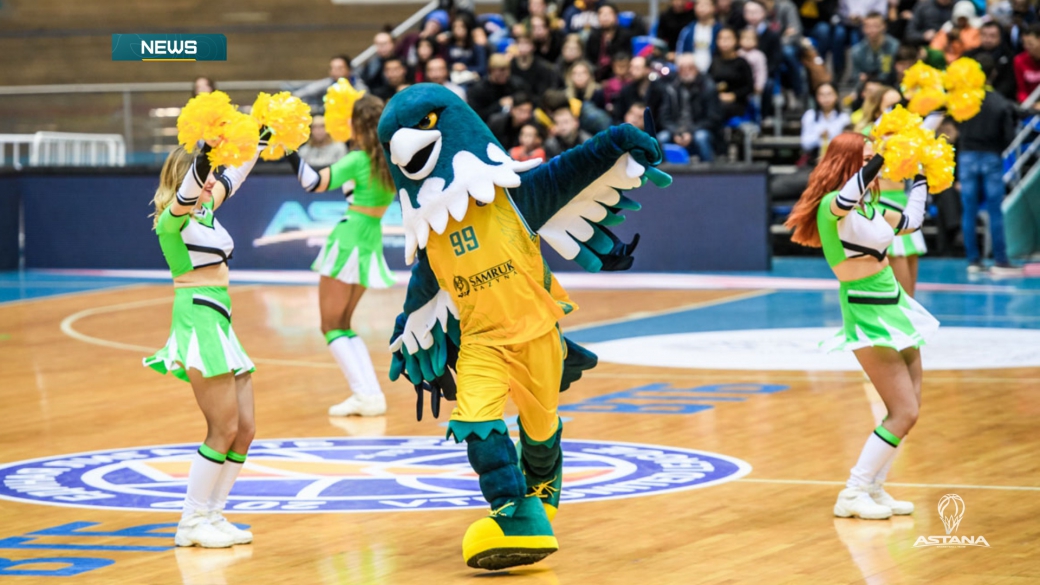 On November 4, at the home match against «Zenit» St. Petersburg, the Astana team’s mascot, the legendary Samruk bird, joined «Astana» Basketball Club, and for friends and fans of the club, it’s just Sam or Sammy.

At the pre-season presentation of “Astana” a new image concept of the club was presented, dedicated to the memory of ancestors and the elements of nature, as the main elements of Tengrianism. The concept of the club’s visual image was the legend of the sacred bird Samruk, called up by the capital team as a symbol of striving for new achievements and conquering new heights. As in the legend of the holy tree Baiterek, in which Samruk protects the golden egg — the Sun from the dragon Aydarkhan, in such a way during the matches of «Astana», Samruk will protect his wards.

It is worth noting that Sam had perfectly coped with his task in the first match; “Astana” in the epic over-time pulled out a victory from St. Petersburg with a score of 109: 108.

Despite his predatory fighting character, Sam gets along well with the fans of his team and especially loves children. The arsenal of the feathered patron of the capital team has its own signature catchy dance, and also he is keen on throwing the ball himself and constantly working out new tricks and fakes. Sammy also loves to please fans with prizes and gifts. During the first match of his team, he managed to raffle a replica of Astana jersey from the club’s partner Easy Bounce basketball store and a certificate for 10,000 tenge from the Trattoria Margarita restaurant.