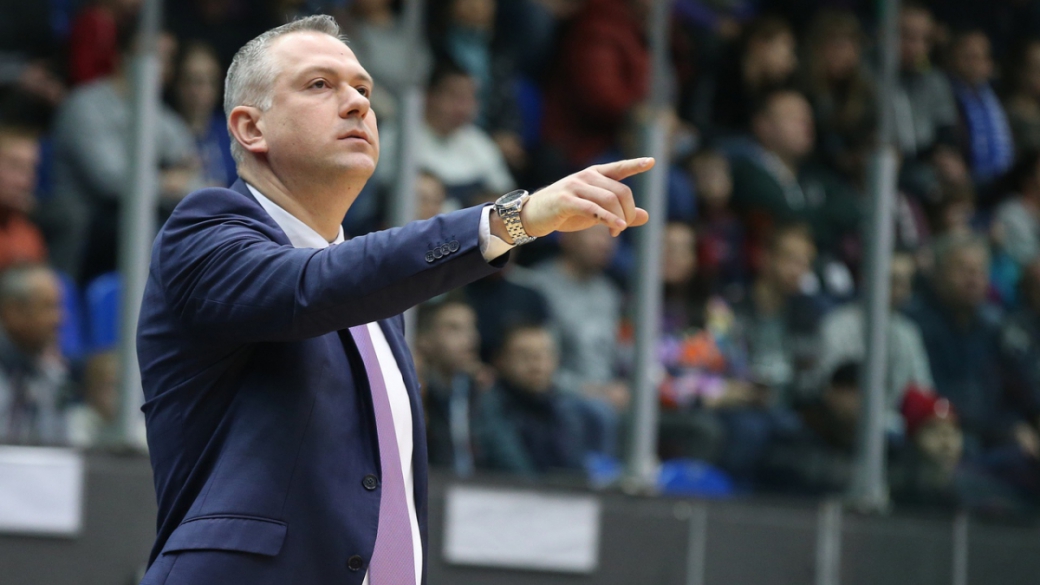 “Astana” Presidential Basketball Club extended the contract with the team's head coach Emil Rajkovic for two more seasons. Right after the signing of the agreement, the Macedonian specialist gave an interview to the club’s press service.

- Congratulations on continuing cooperation with the club. Who initiated the renewal of the contract?
- The initiator of the contract extension was a club with which I agreed and extended the contract for another two years. And I think that we will do everything we can to achieve the same and even more success in the next seasons.

- You formed the team last season. What changes should be expected in the roster of «Astana» in the upcoming season? Who of the players will remain and who is in mind from the newcomers?
- We are satisfied with the game of each player this season, and I, as a coach, would like the club to try to keep as many players as possible this season, both Kazakhs and Americans, who have done a good job this year. So now the time has come for the club management, try to talk with all the players and keep some of them in the club, or we will have to go to the market and try to find other players. Of course, it will be difficult, because our players will receive other offers. We will learn about how the situation will develop in the near future.

- With the extension of the contract, you had the opportunity to work on the improvements. Should we expect dramatic changes in the game of the team in the upcoming season and what mistakes, if any, need to be corrected.
- We will not play the same basketball style if we have different types of players, so the style of the game we will play in will be closely related to the type of players we will have in the upcoming season. And, of course, we will try to be an even faster team, more athletic, to have greater intensity on the court, but to implement this style of play we will need the players who can play such style, so everything depends on the formation of the roster.

- Ahead of the summer and before the season you will rest. Where are you planning a vacation? Are there plans to rest in Kazakhstan?- My family and I have been in Kazakhstan for 9 months, and in the near future, we plan to spend with our relatives at home in Macedonia. We will spend some time at home, and then we plan, like last year, to go to Greece where the journey takes you only 3-4 hours to the sea by car. Also during the holidays I will negotiate with agents and look for new players to create a new team for the new season.

- During the season, you have repeatedly sent the message to the fans. What do you wish them at the end of the season?
- I wish our fans to remember this season because it was one of the most successful in the history of the club, and I hope that they understand that they are very important for the club. When they came to our games and when they gave support to our players, they played better. Therefore, I expect that more and more people will come to our games, and they will help our team win as many games as possible.

Emil Rajkovic is a former Macedonian professional basketball player. He started his coaching career in 2006 as a coach of the Macedonian club «KK Feni Industries» (2006 — 2013), also headed the coaching staff of «KK Rabotnicki» from Macedonia (2013/2014) and the Polish «Wroclaw» (2014 — 2016). Four times he was recognized as «Coach of the Year» in the championship of Macedonia from 2008 to 2014. In the Polish league, he was recognized as the “Coach of the year” for the last two years in 2017 and in 2018. With the Macedonian team, “KK Feni Industries” he won the Balkan league in 2011. In Europe, Emil Rajkovic is known as an uncompromising and innate winner. He is one from that well-known group of new generation coaches from the former Republic of Yugoslavia, who are predicted to have a great future. In addition to high coaching, qualifications is a great motivator and well versed in sports psychology. Under the leadership of a 40-year-old Macedonian specialist, “Astana” held the best season in its history of participation in VTB League. In the 2018/19 championship, the Kazakhstan team recorded a total of 15 wins (57.7% — also the best result), which allowed it to take 6th place in the season. Also for the first time in the history of the League, PBC “Astana” had a positive balance of scored and missed points on average following the results of the regular season (+2.7). In March, the capital basketball players beat their own record for the number of victories in the regular season — 13, and after success in the game with “Enisey”, they showed the best result in the percentage of matches won — 60. The team from the capital of Kazakhstan taught everyone to fight until the last seconds. Quite often, PBC “Astana” started the meeting not too successfully, but thanks to the changes that the coaching staff introduced during the game, the team managed to recoup and collect strong-willed victories.

Rajkovic’s tactical flexibility was shown not only during the matches but also during the whole season. So, Anthony Clemmons played at a high level in December and received the MVP award of the month in the League, after which the defender struggled for a bit.  After a minor crisis, PBC “Astana” returned onto the victorious path, and other players, JJ O'Brien and Kenneth Horton, were already leaders. Emil Rajkovic is the main reason for the rise of Capital team in the current season.

Emil Rajkovic’s contribution to the team’s progress did not go unnoticed and he was recognized as the best coach of the VTB United League Championship season 2018/2019. The award ceremony took place in Nur-Sultan before the third match of the quarter final of the play-off series between PBC “Astana” and “Khimki” (Moscow Region). The prize was presented to the coach by the Secretary-General of the National Basketball Federation of the Republic of Kazakhstan — Alen Tanatarov and the General Manager of “Astana”, Olympic Champion Valeriy Tikhonenko. As for the success of Emil Raikovich’s players in Kazakhstan tournaments, under his leadership, Astana won its 7th Kazakh Cup and the main achievement was the 7th Champions title in the Kazakhstan National League, thanks to which Astana became the most decorated men's team of the country.