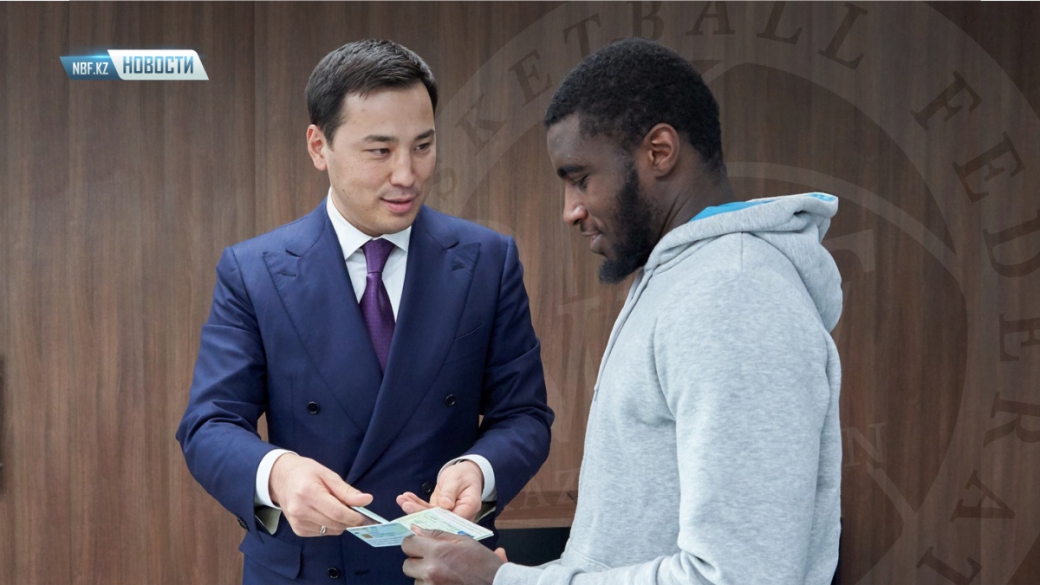 American basketball player Anthony Clemmons, a guard of the Presidential Basketball Club «Astana», received Kazakhstani citizenship and the right to play for the men's national team of Kazakhstan.

On the eve of Independence Day of the Republic of Kazakhstan, on December 13, 2018, the President of the National Basketball Federation of Kazakhstan, Dimash Dosanov, presented a Kazakhstan passport to a new player of the National Team. The decision to naturalize the player was taken by the management of the National Basketball Federation of Kazakhstan in order to strengthen the National Team before the final home game of the Asian qualification to the 2019 World Basketball Championship. Leaders of Group F, the Australian team, will arrive in Astana on February 21, whom our team had already met down under on September 17 this year, while the «Boomers» were much stronger — 94:41. On February 24, the “Steppe Wolves” will host the team from the Philippines; their first game took place on November 30 in Manila and ended with a strong-willed victory for our guys — 88:92.

In the upcoming matches, our team faces a difficult, but a feasible task: to win in both matches in order to guarantee our participation in the contest for the title of the strongest team in the world. And if after winning the away match against the Philippines, Kazakhstan team has a strong confidence in their success, the game with the Australians will be the main and most serious challenge for our guys, which can be overcome by good athletic performance, endurance and an excellent throw of Clemmons. President of the National Basketball Federation of Kazakhstan Dimash Dosanov commented: “Modern reality not only of basketball but also of other sports, proves that the naturalization of players is quite a popular and very successful practice not only among clubs but also among national teams. A good example of it is the Japanese national team players of American origin Nicholas Ryan Fazekas and Ira Brown made a significant contribution to the success of the Japanese team in qualification.

As for Kazakhstan’s basketball, inviting foreign players to the national team is an extremely rare event and is made in crucial moments, such as the struggle for a ticket to the World Championship, when the experience of a successful foreign player can not only give results due to his professional skills, but also set a tone of the game to the whole team. We hope that all the professional qualities of Anthony will help our team to break through to the World Championship.»

BACKGROUND: Anthony Clemmons was born on August 15, 1994, in the city of Lansing. State of Michigan (USA). Anthony began his basketball career at the University of Iowa, where he played for the Iowa Hawkeyes (NCAA) team for four years. After completing his studies, Clemmons signed with the Austrian club Hallmann-Vienna, with which he won in the 2016/2017 season, gaining an average of 18 points per game.

In the 2017/2018 season, Anthony moved to Kazakhstan and signed a contract with «Astana» Presidential Basketball Club, participating both in the National Championship and VTB United League, becoming a key player in the capital's team.

This season, Clemmons extended the contract with the club for another three years and today he is one of the most effective players in the VTB United League, who takes 2nd place for his average points per game, second only to Alexei Swed from BC Khimki.