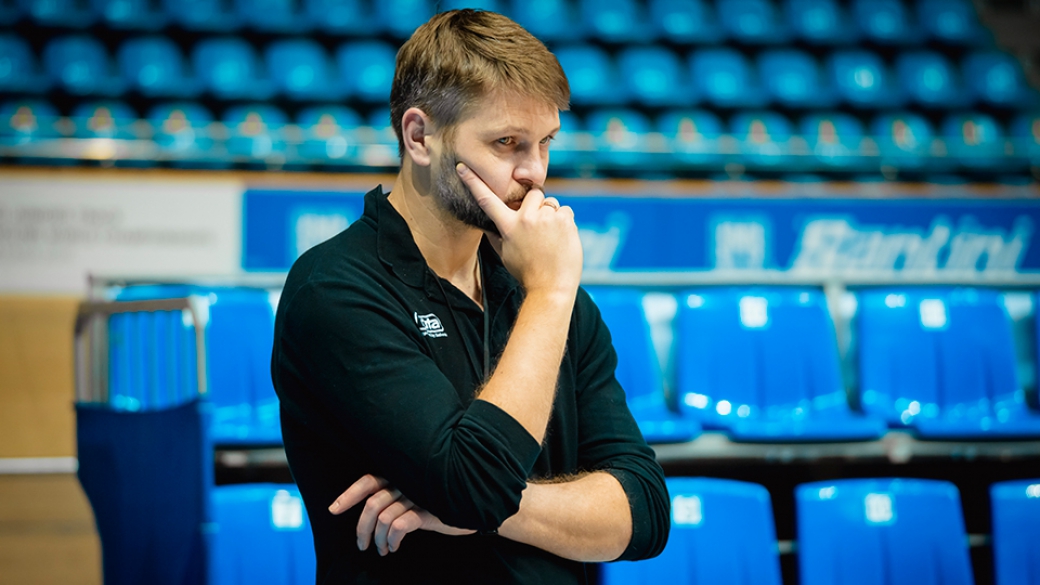 Mikhail Karpenko: «I'm not afraid of responsibility, I accept it and I am ready to move forward with our team»

Mikhail Karpenko, the head coach of the National Basketball Team of Kazakhstan, after two games of the qualifying round for the 2019 World Basketball Cup, gave an interview for our site telling about the preparation of the team, about the plans and problems they had to face.

- Mikhail Vladimirovich, two matches of the qualifying round for the World Basketball  Cup-2019 have already passed. There are two victories over the strong teams of Qatar and Iraq. What can you say about these two matches?
- These games were not simple for us, the team gathered literally four days before the qualifying match and we could not get everything we wanted because we had a very short time for the preparation of the team, but nevertheless we were good and the most important that despite the problems, inaccuracies in our game, we were able to get these two important victories. I think that this is the most important moment in the first two qualifying matches. As for the rivals, they were not easy to win. The Qatar team played at home and naturally, they wanted to be up to a challenge in front of their fans, as for Iraq, they made a surprise when they beat the favorites of the group, the Iranian team. In general, the Iraqi team looked good, they play very aggressively, change defense tactics and have a strong leader, the naturized American Demario Mayfield. I'm glad that our plan for this game worked and we were able to win in a very difficult match, which is a valuable and important victory for us.

- How do you assess the roster of the National Team? Why other players who played for the national team, for example, Kozhanov, Savchenko, Lapchenko do not play now?
- At the moment we tried to make the optimal roster for the national team. Naturally, I'm disappointed that Yuriy Kozhanov at the last moment refused to play for the national team, we counted very much on this player as a good shooting guard and believed that he could help us. According to the terms of the Qualification application, we had to provide a list of 12 players 3 weeks before the start of the first match. We took a risk when we included Kozhanov in the application. Yuriy let us down by refusing the last moment, and we had to play with 11 athletes. But this is his decision, we will not count on this player. I believe that for each athlete the highest opportunity is a chance to play for the National Team and if the player voluntarily refuses this honor, this decision characterizes him. As for the other players who used to play for the National Team and were not called this year, we proceeded from the fact that «Astana» is the base club of the National Team, and we definitely fortified  the positions with these players, who would really help and a result we managed to maintain a good microclimate in the team. With confidence, I can say that I am absolutely satisfied with this roster. 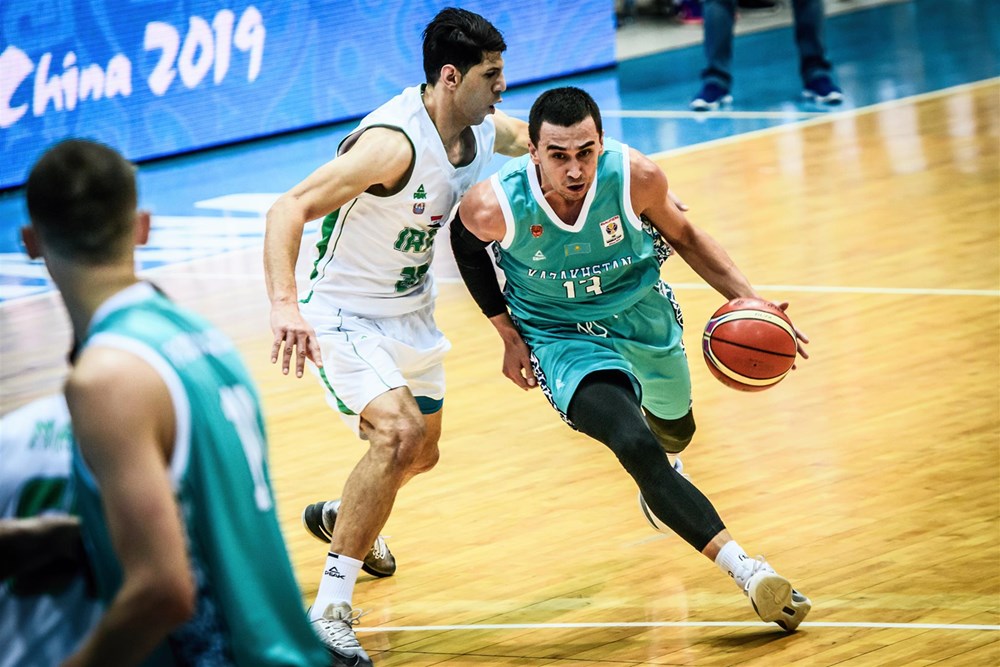 - You have mentioned that the National Team for 90% consists of Astana players, and it relates not only to players but to all the staff of the club. Did it somehow contribute to the success of the National Team as a whole?
- Yes, of course,  a great role in success of these two matches played the fact that the composition of the National Team, and the players and trainers, and the medical staff consist of the members of the BC «Astana», since it was much easier to prepare the team based on one club, where the players have cohesion, they are familiar with the coaching staff, and the coaching staff in its turn knows the abilities of each player . Of course, this is a huge advantage in relation to rivals. We needed only to engage correctly the players, whom we invited from other teams, to adapt them to our system and competently lead the team to the starting matches. Players Bazhin, Yagodkin and Kuanov fit well in this team and the team looked united. I would like to thank my assistant Renatas Kurilionokas, who also is a member of Astana's coaching staff, for good and professional work in the team.

- You head the National Team of Kazakhstan for the first time. Do you feel a burden of responsibility for the result? How do you find team performance?
- Undoubtedly to be the head the National Team of any country, Kazakhstan in particular, is a great honor and a great challenge for every coach, for me as well. Last summer, when I received an invitation from Valeriy Tikhonenko to join the coaching staff of BC «Astana» and the National Team, I was very excited about it, because this is a big step forward in my coaching career, a great  challenge and I will try to make the most that depend on me. At the same time being a coach at BC «Astana» and the National Team is a huge experience in my career and undoubtedly I feel positive, despite the fact that there is a big burden of responsibility for the result. I'm not afraid of this responsibility, I accept it and I am ready to move forward with our team!

- What are the prospects for the further performance of our National Team?
- Of course, after the first two victories, our chances to get into the next qualifying round have increased. I think nobody thought Kazakhstan could become a favorite in this group, but nevertheless, after two games we are in the first place in the group. Such a result by no means gives us the right to relax, on the contrary, now the additional responsibility lies down on us, we need to justify our position and in the future to try to keep the leading positions in our group.

- How do you assess the chances of the team to enter the next round?
- I think that the chances of entering the next round are very high. But we are now thinking not only about leading the group but about also how to go to the next stage with the maximum number of points. Therefore, in each of the following matches, we will try our best to win. 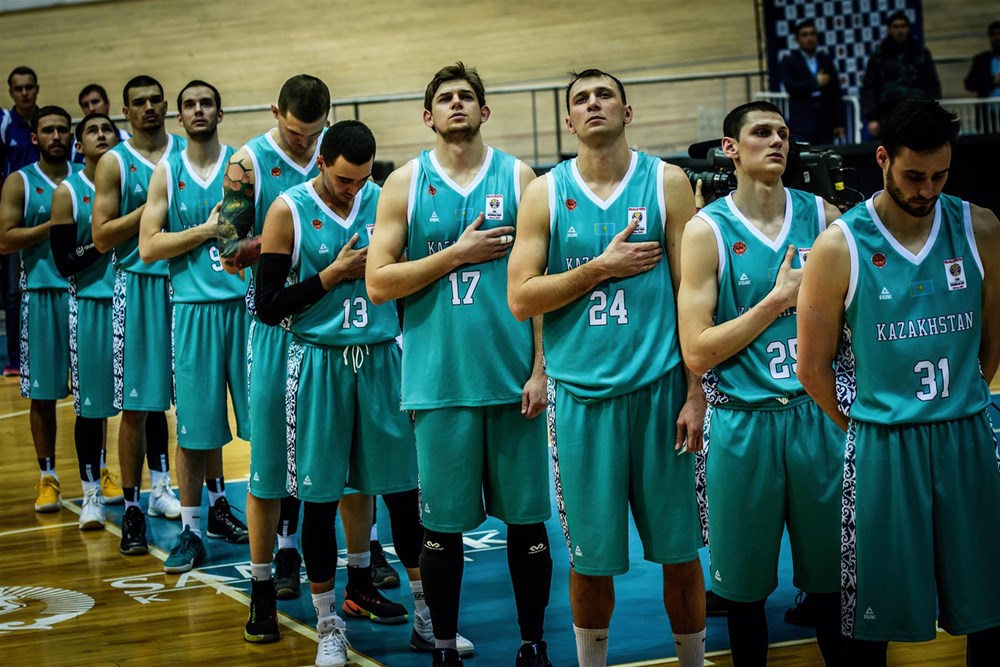 - Are there players who impressed or surprised you?
- I do not like to play favorites, our success is first of all the success of the whole team. That's how I want to position us. We are not a team where there are stars, we want to be a successful, united team. I told my guys, even before the start of the match, that we must build our game from the defense, a good defense liberates us in the attack and allow us to feel confident on the court. And it turned out that in one match one player scored more, showed his best shooting skills, in another match, the other player reached his potential, but all the guys who played on the court were fighting. Noone of them went wanly or with a head down.

- Thanks for the interview and good luck in the next games!
- Thank you! We will try!