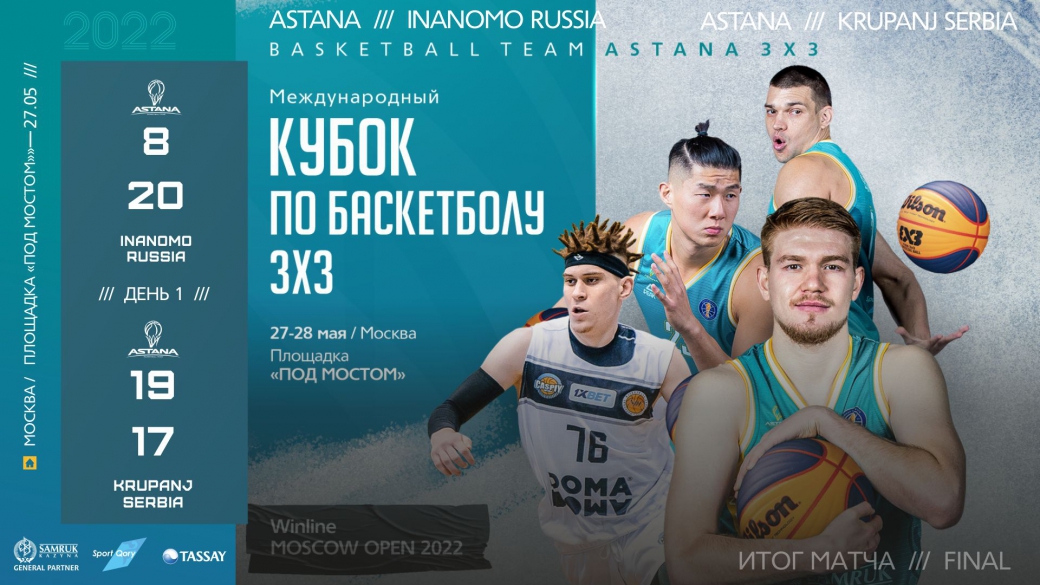 «Astana» in the quarterfinals of the international tournament «Moscow Open» 3x3

On May 27, the basketball club «Astana» debut took place at the international tournament «Moscow Open» 3x3. By tradition, the contest is held for the 15th time in Moscow at «Under The Bridge» court.

The first game of the capital team was with the four-time champion of Russian «Inanomo,» wherein a bitter struggle «Astana» lost with a score of 20:8.

The second game went under our team's lead against the champions of Serbia «Krupanja.» The game's score is 19:17 in favor of the guys from the capital.

Thus, «Astana» enters the 1/4 finals. On May 28, our guys will compete with the Russian team «COP NEVA,» Champions of the Russian Cup.

Online broadcast of games will be available on the main page of our website pbcastana.kz and the VK social network page.

Information about the tournament, standings, schedule, and match results are available at the link.