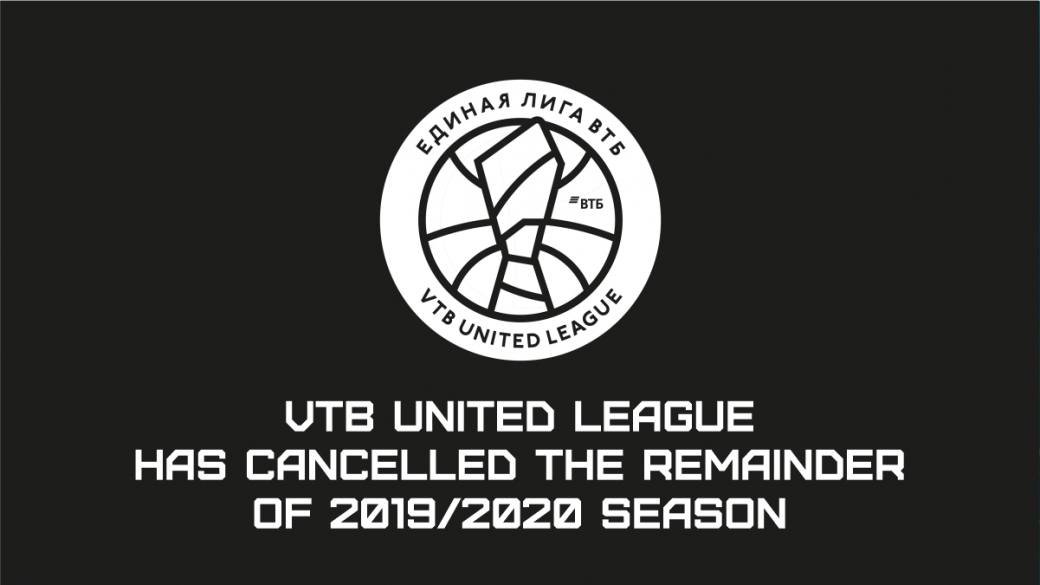 VTB United League has cancelled the remainder of 2019/2020 season

Upon online voting, the Board of the League has decided to terminate season 2019/20 due to negative developments in COVID-19 outbreak.

“Only now, after Board of the League online voting, it has been decided to cancel the remainder of 2019/20 season. Yesterday’s comments of clubs’ heads distributed by media had no legal power.
Today – when the borders are closed, the teams can not practice at basketball arenas, and the clubs have to let the foreign players go home – there’s no purpose to continue the championship. Considering European and global outbreak of COVID-19, it’s far more important to ensure safety of the players, their families, clubs’ staff and of course the fans. Now, the clubs and we have to do our best to guarantee that this situation doesn’t affect the next season of VTB United League, it starts it in proper time.

There will be no champion of 2019/20 season due to absence of sports criteria: the teams played different number of games, the regular season has not finished. The Belov Cup will not be awarded this season. Final standings of the Russian championship will be presented to RBF.

Basketball will surely come back to VTB United League arenas, but now we’d better follow the recommendations of medics and health authorities.”

As part of the VTB United League regular championship, before the suspension of the season, the team of the Astana basketball club managed to play 18 matches and was located on the 10th line of the tournament table, having 11 victories in its asset.